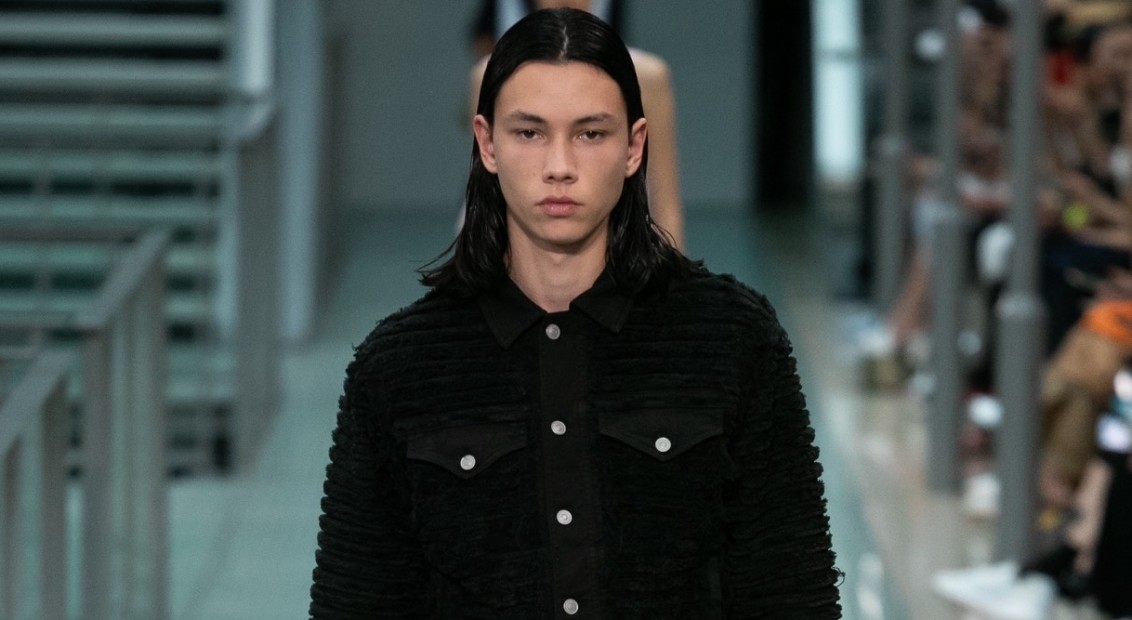 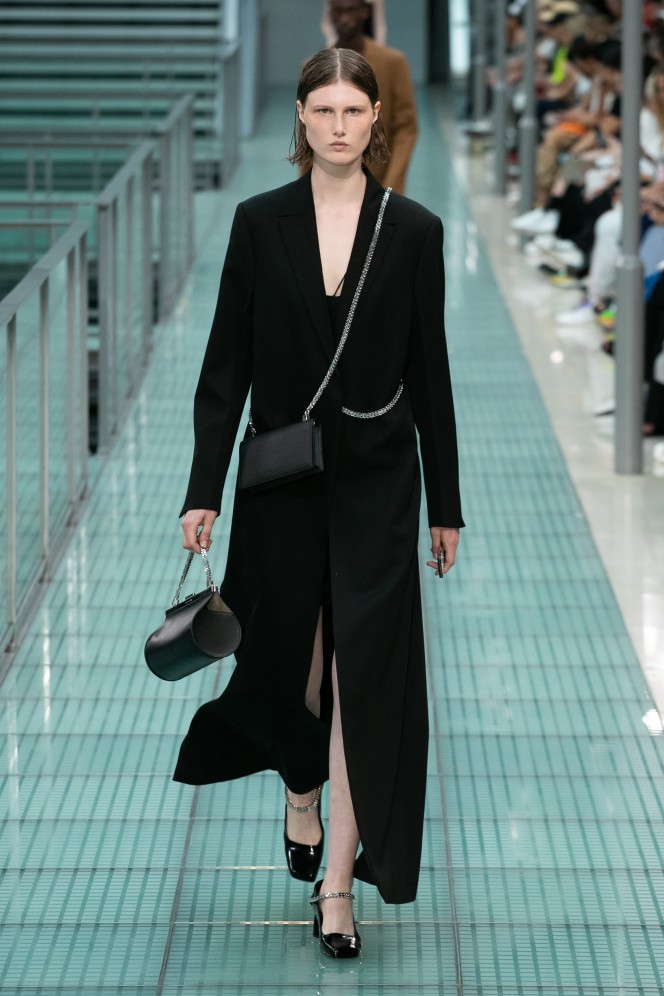 Matthew Williams’ wife Jennifer closed the show to plenty of cheers. Williams calls her his eternal muse, alongside his two daughters: the eponymous Alyx, and Valetta, whose middle name, ‘Baby X’, is the title of this season.

Nostalgic in other ways, the collection continued on-going relationships with both Nike and Mackintosh, and revisited many of the Alyx design signatures. There were the Rollercoaster buckles (see the tiny ones on the Nike collab sneakers), precision-tailored black leather, and strappy little dresses on the women’s side.

But the overarching look was more clean-cut than usual, with an extra heavy emphasis on suits. One new proposal was pastels, including the peony pink (more cool-toned than Millennial) that’s locked-down as a seasonal colour after its popularity across the shows.

Williams has said before that he’ll continue to focus his designs around the brand’s codes for as long as they continue to be desired. Can confirm: there was plenty to fall in love with at this show. So, if it ain’t broke…