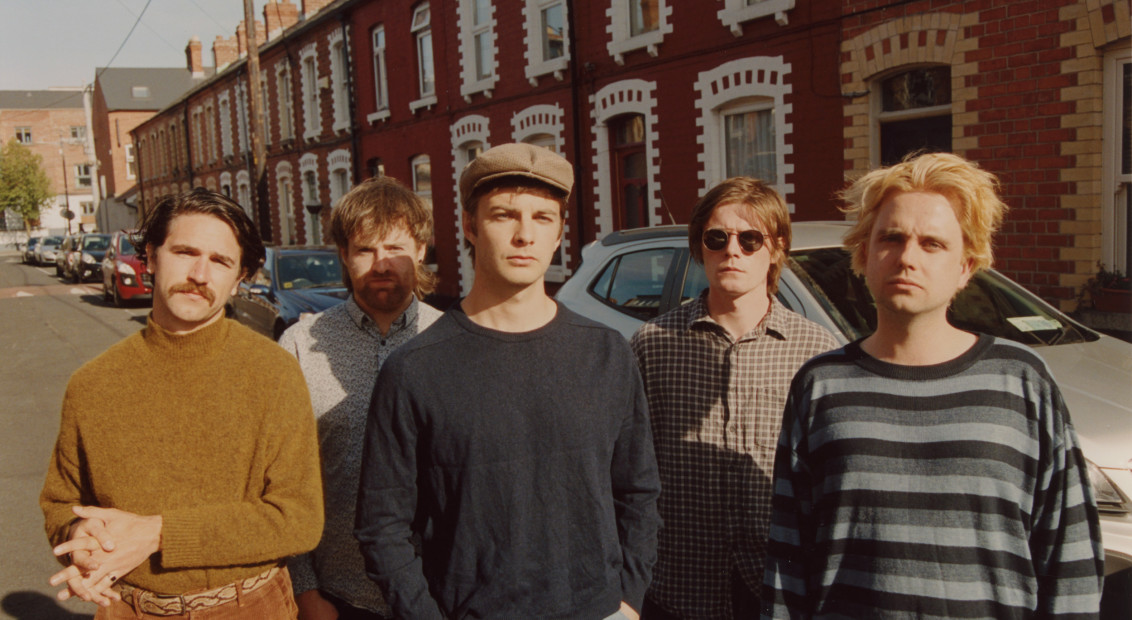 To mark the release of Fontaines D.C.’s sophomore record, A Hero’s Death, we’ve invited the Irish band to take over HERO. Watch out for exclusive content and insights into the band’s influences, experiences and obsessions…

Just when guitar music was in dire need of direction, Fontaines D.C. proceeded to rip it a new one. Emerging in 2019 with their relentless debut record Dogrel – meaning poetry that is irregular in rhythm, rhyme and meaning – the five-piece have set a new pace, combining nuanced lyricism and realist narrative with drumbeats that pound harder than the Dublin rain.

Throughout, a poetic lyricism has underpinned Fontaines D.C.’s output. Seesawing between anger and ambition, the banal and the beautiful, the band add their own voice to a strong tradition of indelible social commentary – more Sillitoe than Springsteen.

Kicking off the band’s HERO takeover, Fontaines frontman and lyricist Grian Chatten pens a piece exploring the influence of imitable Irish poet Patrick Kavanagh on his own writing.

“The spirit of the album [A Hero’s Death] is one that has no sense of place, whether that be geographically or sociologically. There’s a feeling of alienation. There is a poem by Patrick Kavanagh called Inniskeen Road: July Evening, where he details, beautifully, a party going on in town and he’s obviously not invited. At the end, he puts his foot down and stakes his claim that ‘I am the king of my own land’, and it’s basically him saying, “I don’t belong to anyone,” but there’s a rich sadness that comes in after you finish reading it and that’s what I was inspired by.

The bicycles go by in twos and threes –
There’s a dance in Billy Brennan’s barn tonight,
And there’s the half-talk code of mysteries
And the wink-and-elbow language of delight.
Half-past eight and there is not a spot
Upon a mile of road, no shadow thrown
That might turn out a man or woman, not
A footfall tapping secrecies of stone.

I have what every poet hates in spite
Of all the solemn talk of contemplation.
Oh, Alexander Selkirk knew the plight
Of being king and government and nation.
A road, a mile of kingdom. I am king
Of banks and stones and every blooming thing.

The way he presents loneliness to me in this poem is that he paints a beautiful picture of the joys of being young and having love in the air and there being this sort of community and nerves. He talks about the “…half-talk code of mysteries, And the wink-and-elbow language of delight.” You know that sort of sense of conspiracy and secrecy that comes with being young and being in love? So, he paints this picture and then there’s a gap between the two verses.

The second verse brings the attention on himself and his own situation where he says, ‘I have what every poet hates in spite’ – he is talking about loneliness. He talks about it as something that empowers him with a sense of individuality, which is a lie I think a lot of people tell themselves when they don’t have many people in their life. He says, ‘I am king of banks and stones and every blooming thing’ and blooming is a brilliant word to use there as blooming is almost like a substitute for a swear word but he’s quite obviously talking about flowers. So, he presents his loneliness at the end as a sort of control and autonomy, you know, like it’s his choice to be that way.

That’s kind of like the unreliable narrator. I think Morrissey does that a lot as well, he spends a whole song saying how lonely he is and how happy he is about it. You kind of wonder by the end of it, is he so happy?