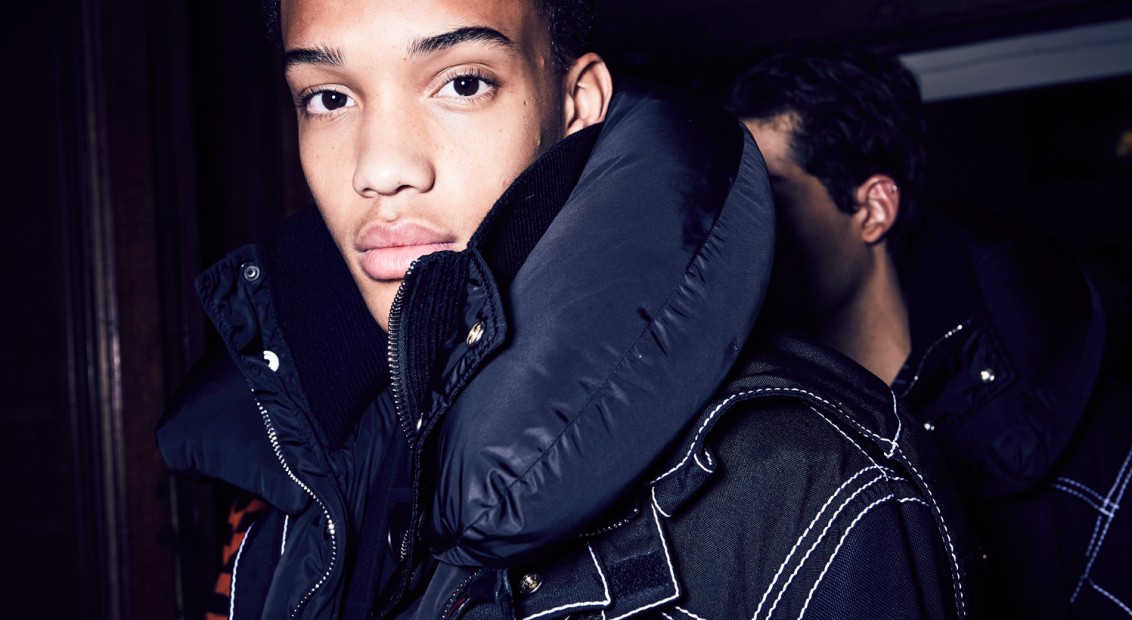 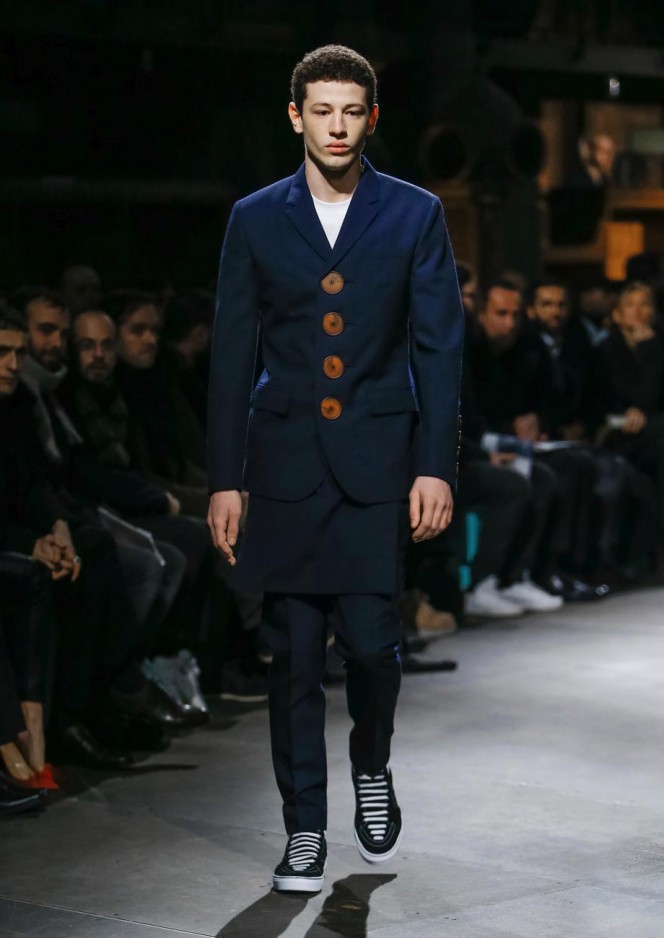 At the Bibliothèque Nationale de France, there was a minute’s silence to remember Vogue Italia editor Franca Sozzani, who sadly passed away last month. Illuminated with a spotlight wrapping around its interior, a grand revolving mirror was revealed in the centre of the room, highlighting the library’s worldly artefacts. It tied with Tisci’s treatment for FW17: heralded by a thirst for travel, a theme that makes sense for the designer. His role at Givenchy sees him constantly flit between countries and, prior that, his early career was spent between London and Delhi. For Tisci, different places drive inspiration.

In that strain, there were Oriental graphics reminiscent of Chinese dragons, and bold striped jerseys cast with and knitwear etched with pre-Columbian tribal art. Which brings us to the North American thread that ran through the collection. It was there in US popular culture, with models Kendall Jenner and Bella Hadid starring in the show, through to the fabric choices, structural components, and preppy treatment of luxe leisurewear. Think Ivy League cool meets the Wild West. Shirts emblazoned with multi-directional, monochrome stripes created an optical illusion, further underscored when paired with clashing v-neck collegiate-style sweaters, and rugby sweatshirts in primary colours.

The gothic details that accented the FW16 collection two seasons ago carried over in texture and trimmings on the couture-led women’s looks – the kind that have become synonymous with that Givenchy decadence and strong femininity. They were offset by the sportswear bent of hoodies threaded with foulard scarves, while layered puffer jackets with exposed stitching gave streetwear  accents high-end game. Tisci channeled the kind of Americana he witnessed on television as a child via pink and navy gingham dresses, renditions echoing the dress of female characters in the cartoons he watched.

The designer’s spin on American urbanity compressed everything from sportswear to preppy collegiate style, modernising it all with palette, construction and that inimitable Givenchy attitude. A nostalgic and positive narrative, thrown into sharp relief on the day of Donald Trump’s inauguration. 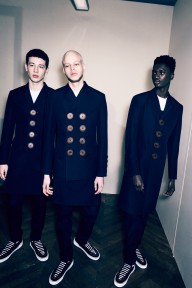