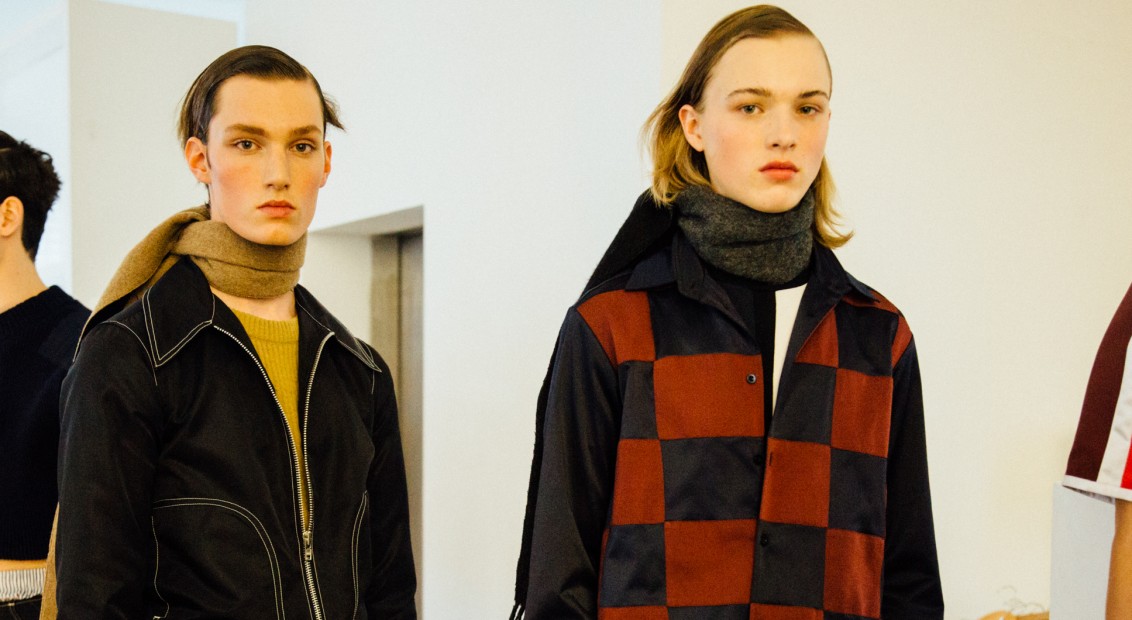 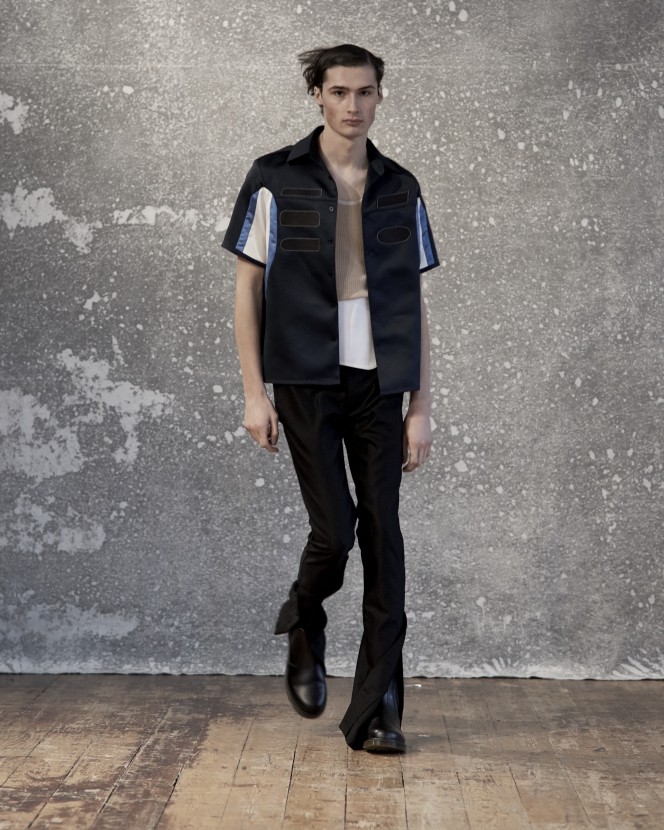 This season Daniel Fletcher collaborated with renowned photographer John Bulmer, splicing his images of the north of England during the 60s across garments with punkish appeal.

A key documenter of British life – mainly across Yorkshire and Lancashire – Bulmer’s imagery captured a time of socio-political upheaval. Here, Fletcher wanted to marry past with present: in 2019, we have our own political tribulations (yes, we’re talking Brexit, and yes, it’s still happening).

Born in Chesire – just down the road from Manchester, a powerhouse of the Industrial Revolution, specifically textiles  – Fletcher grew up surrounded by Britain’s manufacturing heritage. As the country’s Brexit existential crisis carries on into yet another tedious and damaging year, the young London designer did a bit of soul-searching himself, questioning what Britain means to him.

Fletcher’s answer came not only through his design references but also via production, working in collaboration with mills and factories from across the country to celebrate Britain’s incredible manufacturers. (Last year Fletcher was nominated as a global finalist for this year’s International Woolmark Prize – good luck, Daniel!) Blending sartorial and sports, classic tailoring was given the DWF treatment; cut with slashed hems, exposed seams, open cuffs and P.E. kit details such as rugby shirting and satin boxing shorts. Alongside Bulmer’s imagery it all felt a bit John Lydon meets Gregory’s Girl – ultimate combo.

The collection was presented alongside a single piece of merino houndstooth cloth. Designed by Fletcher’s sister Abigail and woven in Huddersfield, the piece of work mirrored the stunning terrain of the Yorkshire moors – just remember, don’t go up Ilkla Moor Baht ‘at (preferably a DWF one). 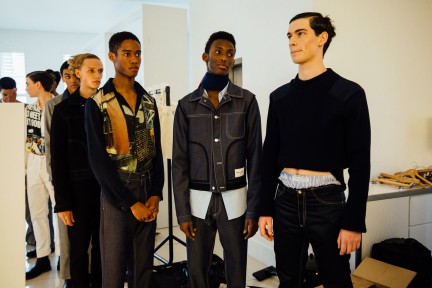