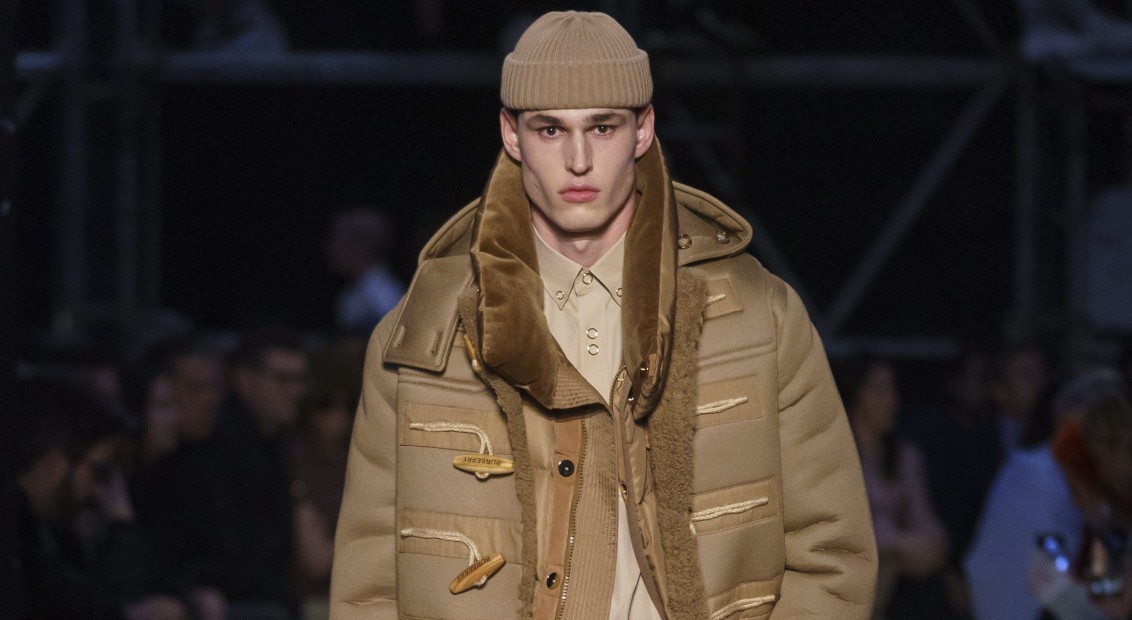 Two tales of one city 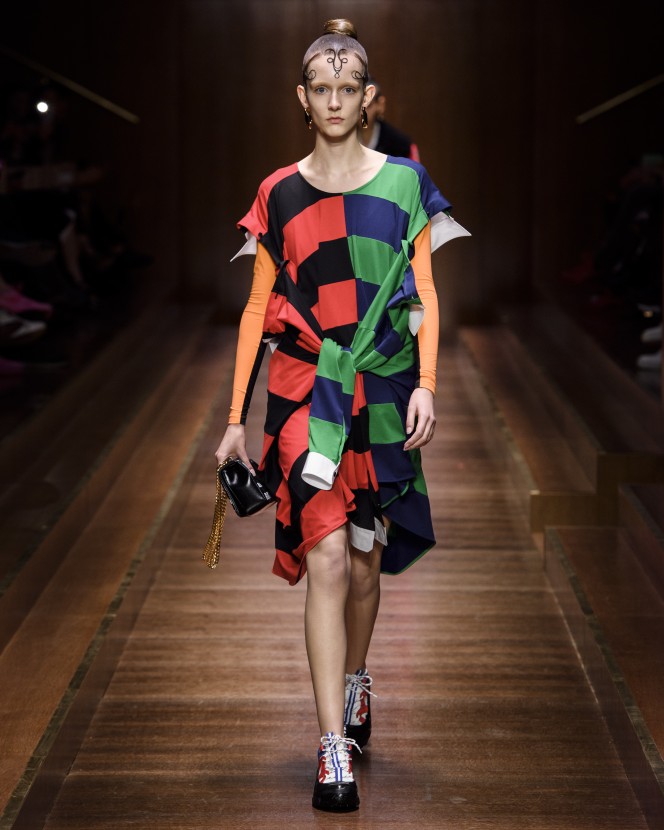 Italian Riccardo Tisci was centre stage with his second Burberry show, Tempest. Dedicating the event to “the youth of today”, he took to Instagram urging them to have “the courage to scream for what they believe in, for them to find the beauty in expressing their voice.”

The show took place in two heavily designed spaces at the Tate Modern Tanks. Exploring contrast and perspective, each represented different worlds. One featured a more traditional, formal setting with plush, upholstered armchairs seating either side of a dimly-lit runway, while the other provided a brutalist contrast with cube seating and scaffolding that over 100 youths scaled throughout the show “in a representation of Riccardo’s drive for freedom and inclusivity.”

The show began with a sense of urgency – a news bulletin announcement from the early 1990s declared that the British government is closing clubs in an attempt to stop people ‘raving’, while another spoke of the Government taking drill music videos down from Youtube this year. Curated by M.I.A., two bespoke soundtracks took us on a journey through British history from the 90s to present day: from British grime artists Giggs, Lethal Bizzle and Headie to classical pieces.

This enveloping theme of duality was woven through the collection with two distinct themes. The first directional streetwear and the second daywear and formalwear. Here, the diversity and inclusivity of Tisci’s debut show – “the girl, the boy, the lady and the gentleman” – carried through. Deconstructed sportswear, luxe track jackets that had been morphed into bustiers, mini dresses, caped puffa coats mixed with classic pea coats, lingerie dresses with bold graphic prints, pops of colour and variations of the classic Burberry check. By contrast, a world of beige, taupe, camel tailoring and fine knitwear made up the second half of the show.

An ode to British youth, culture and music, having moved to London in the 90s at the fresh age of 17 to study at CSM, Tisci no doubt dabbled in the city’s halcyon rave days, and subsequent government shutdown. Now, as history begins to repeat himself and London nightlife is under threat, the designer has the platform to make a stand.