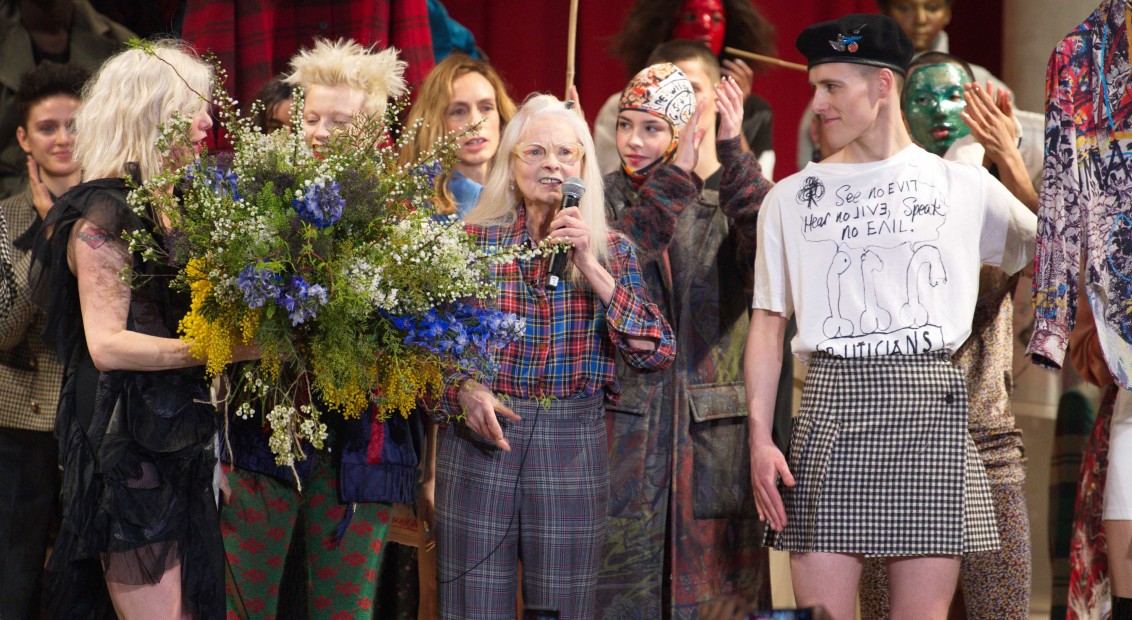 Do not buy a bomb

For her 80th birthday, Vivienne Westwood wants you to pay attention

Do not buy a bomb

Today is Vivienne Westwood‘s 80th birthday, and to mark the occasion, the revered British designer will take over the Piccadilly Lights at 20:21 for a special ten-minute film titled Do Not Buy A Bomb.

Created with CIRCA – an initiative founded by artist Josef O’Connor that commissions works that consider the future of our world – the video, created by Westwood herself, sees the icon perform a rewritten rendition of My Fair Lady classic Without You. In support of CAAT [Campaign Against Arms Trade] the song’s narrative is shifted to address “societal indifference to the looming environmental catastrophes, a cry against the arms trade and its link to climate change.” A special limited-edition feline print created by Westwood will also be available to buy for £100 on the CIRCA website until 8th May 2021. 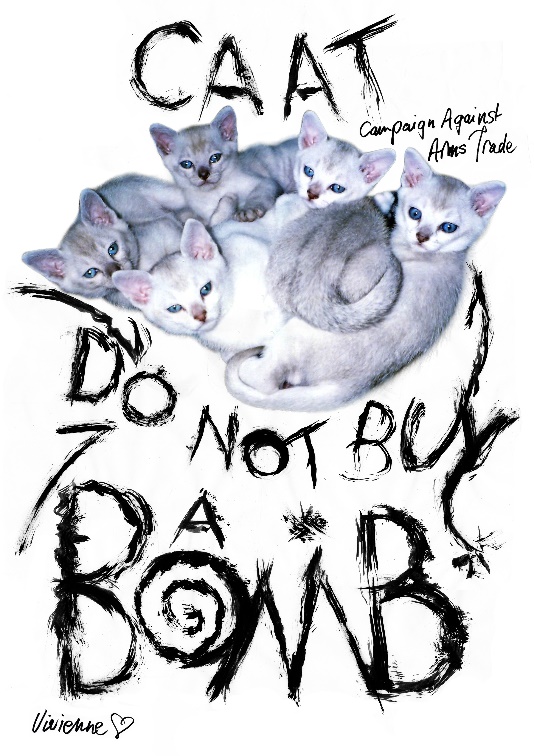 Westwood said of the video and campaign: “I have a plan 2 save the World. Capitalism is a war economy + war is the biggest polluter, therefore Stop War + change economy 2 fair distribution of wealth at the same time: NO MANS LAND. Let’s be clear, U + I can’t stop war just like that.  But we can stop arms production + that would halt climate change cc + financial Crash.  Long term this will stop war.

April 8th is my 80th birthday. Please read the Manifesto + Diaries + follow the playing cards 2 find out how life-changing the new economy will be.  Read over + again 2 realize how simple + radical the plan is, then U will change your pattern of life + by talking U will support me in the fight.

One day soon U will say the right thing 2 the right person at the right time ARROW-RIGHT make a difference.  Put this in your features + columns, + on social media – as journalists U could become activists. I have always combined fashion with activism: the one helps the other. Maybe fashion can Stop War.”