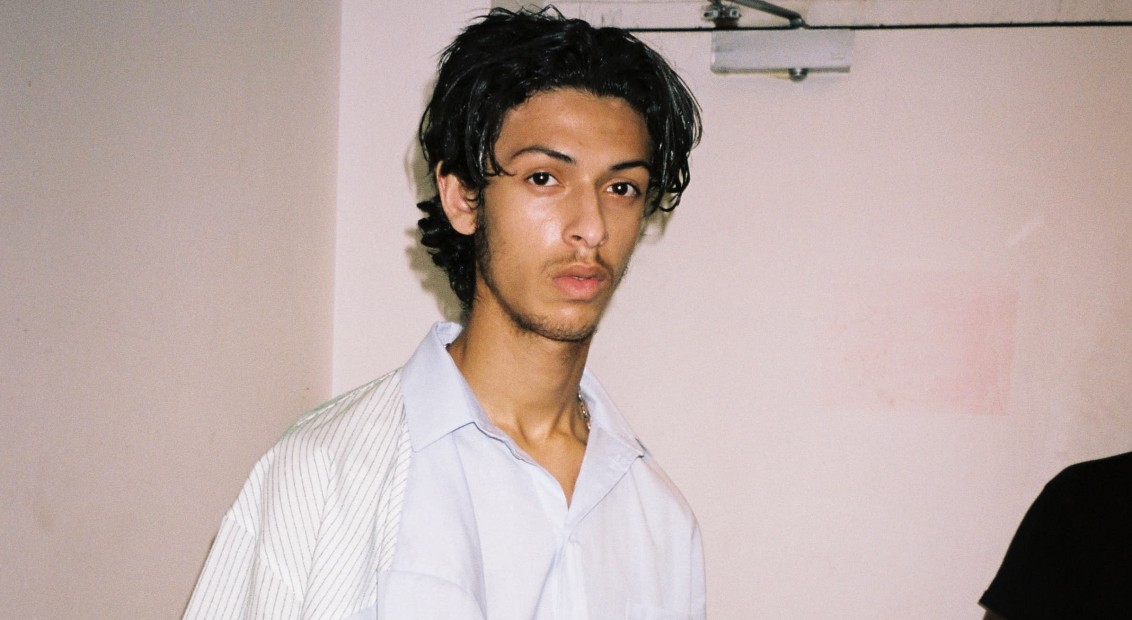 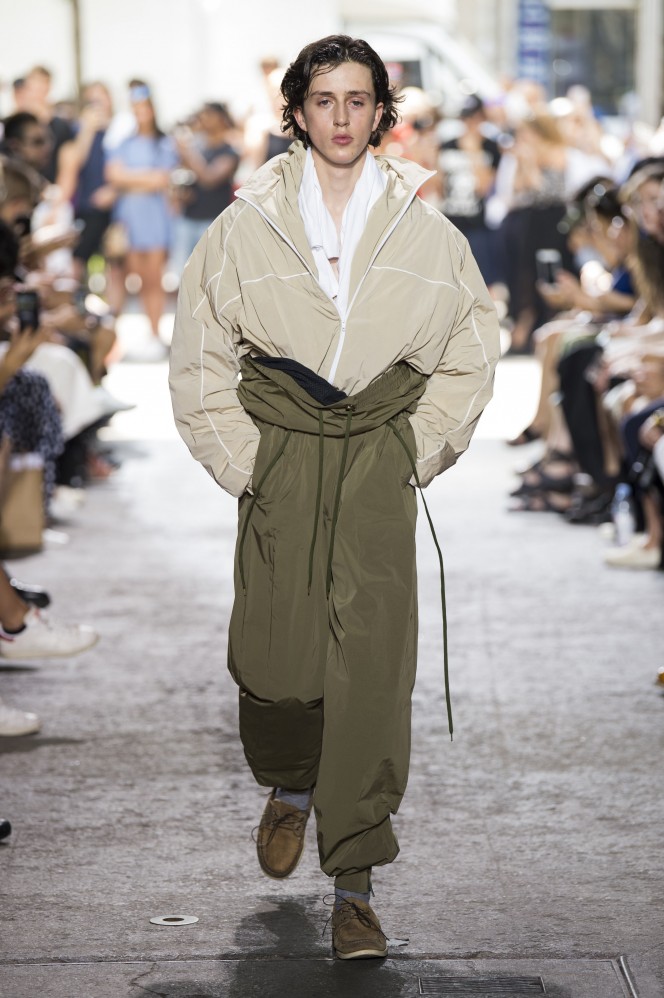 At Glenn Martens’ Y/Project SS18 show, the opening look came out hard, as if straight from the woodlands and on to the catwalk; beige shell jacket tucked into evergreen angling slacks, both high-waisted and over-sized.

This aping of proportions has become a signature for Martens at Y/Project, having taken over the brand in 2013 following the passing away of its founder Yohan Serfaty. The Belgian designer has since infused Y/Project with a zeitgeist that’s now ubiquitous. This season took on the themes of preppiness and the great outdoors, with a generally earthy colour pallet that pulled through the looks.

Nothing is quite it seems at first glance, like a subtly branded polo shirt with more sleeves than any one person has arms, but falling just so, as to share a top heavy silhouette with that of a matador’s bolero or even a poet’s shirt. Ribbed V-neck sweaters become cascading, recurring chevrons; and trousers with elongated fly-fastenings make you double-take.

These are clothes made for the inquisitive and genuinely unconventional. There’s still something in there for everyone, though, whether it be the outdoorsy fleece, off-kilter outerwear or breezy linen tailoring. Girls also made an appearance, coming out in denim stiletto boots heavily gathered around the leg from ankle to upper calf. This season, Martens bought the quirkiness of outdoor pursuit to the gritty Parisian streets. 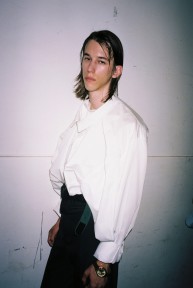