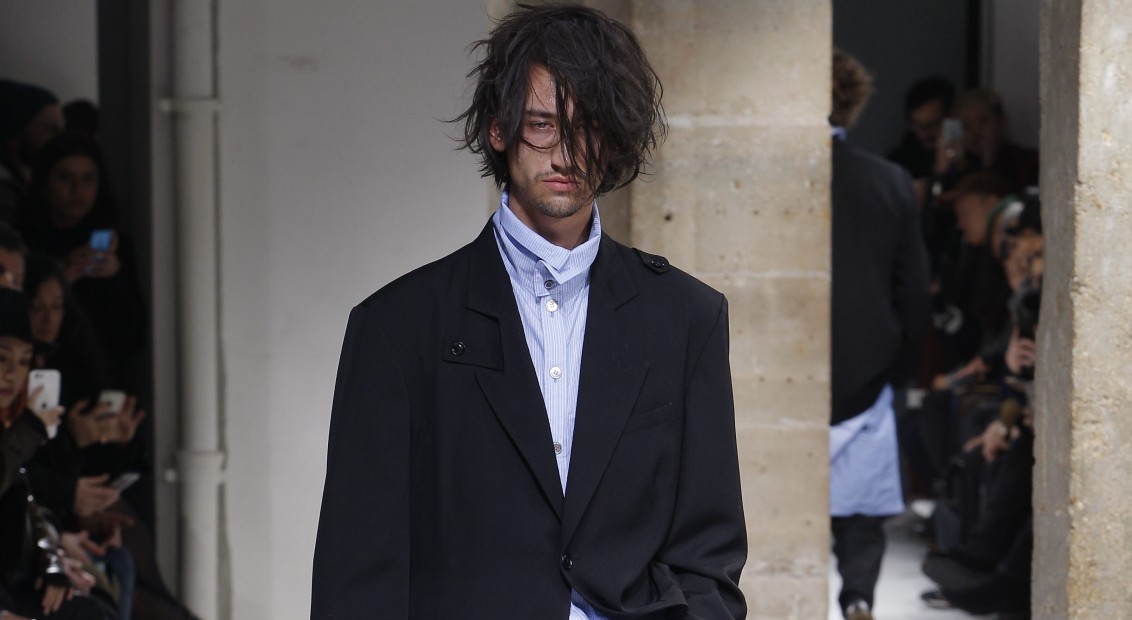 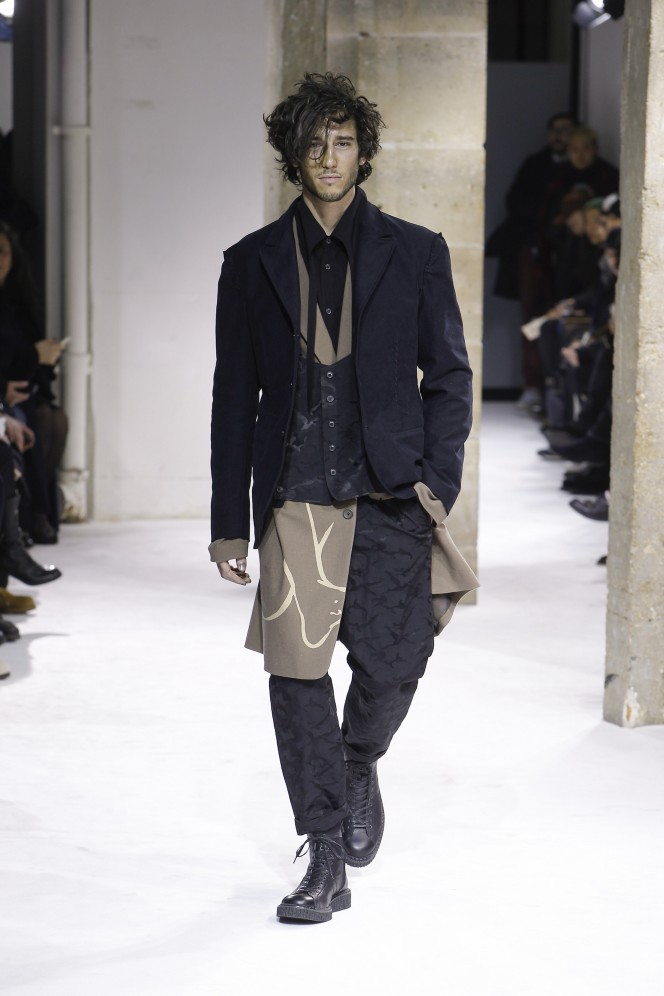 For more than 30 years, Yohji Yamamoto has graced the runways of Paris with his avant-garde creations and dark poetry, and this season was no exception.

The first looks comprised elegant tapered suits; the Japanese designer broke up the tailored silhouette with layers that zig-zagged in length. Fitted waistcoats with plunging curved necklines were buttoned at angles and worn over knee-length coats revealing splashes of colour that disrupted the slate and monochrome palette. As the show progressed, slashes of crimson, camel and blue built up into a crescendo of contrasting patterns and illustrations that depicted nature and architecture. Several of the looks were complete with tilted hats and gorgeous chunky three-strapped boots.

The silhouette then shifted towards softer and looser forms: rounded shoulders appeared on the coats, shirts became longer in length and the trousers significantly wider. Notable details were found on some of the white button up shirts, which had collars that cascaded all the way down the torso and were worn under suits with slogans that read, “Japan! This is for you”. Another celebration of Yamamoto’s signature style that we all know and love him for.