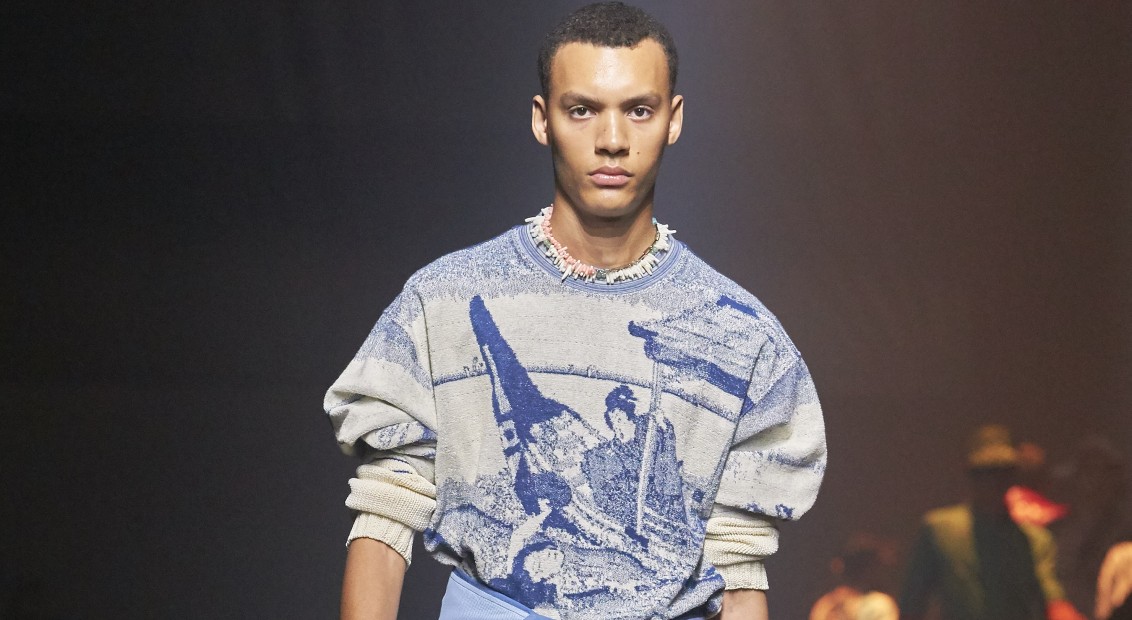 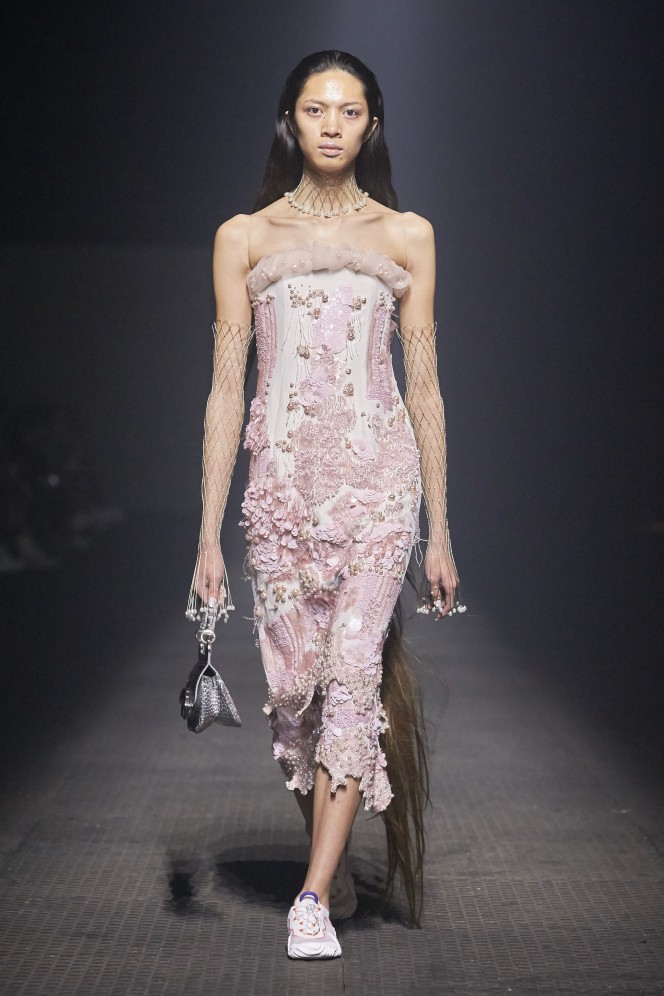 Throughout their eight years at the helm of Kenzo, Carol Lim and Humberto Leon have mined the designer’s archive, updated his signatures and dazzled the fashion industry with grandiose, large-scale shows. SS20 – their final collection – continued this tradition. In a spectacle which more closely resembled a concert than a fashion runway, Lim and Leon sent performance artists swirling down the runway in looks from their own archive. 7000 guests looked on in amazement, as Solange flawlessly performed the soundtrack she had scored to mark the occasion.

Lim and Leon paid homage to Kenzo’s heritage by looking to Japan for inspiration. Specifically, they celebrated the Ama female free divers, who dive along the country’s coastline to source its treasures. Colloquially, they are known as “the last mermaids” – and the collection was named in their honour.

References came in the form of fishing net bags, mesh pockets and neoprene sweatshirts, emblazoned with the image of a Japanese woman at the ocean’s edge. Ropes and shell necklaces added detail to loose linens, whereas some of the womenswear looks (the collection was co-ed) came studded with the pearls these divers risk their lives to forage.

Highlights came in the transparent, pastel-hued suiting and the silk dresses cut to resemble the ocean’s waves, as well as the softly-sculpted neoprene outerwear. As a curtain call, the collection serves as both a celebration of the past and a gateway into yet another chapter of Kenzo’s storied legacy.