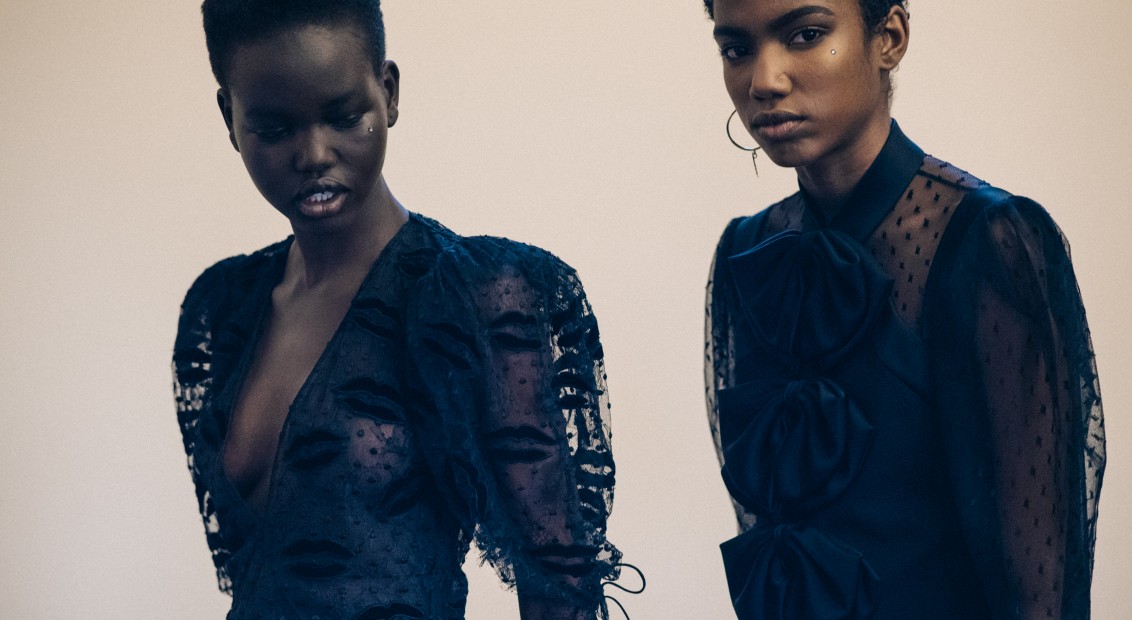 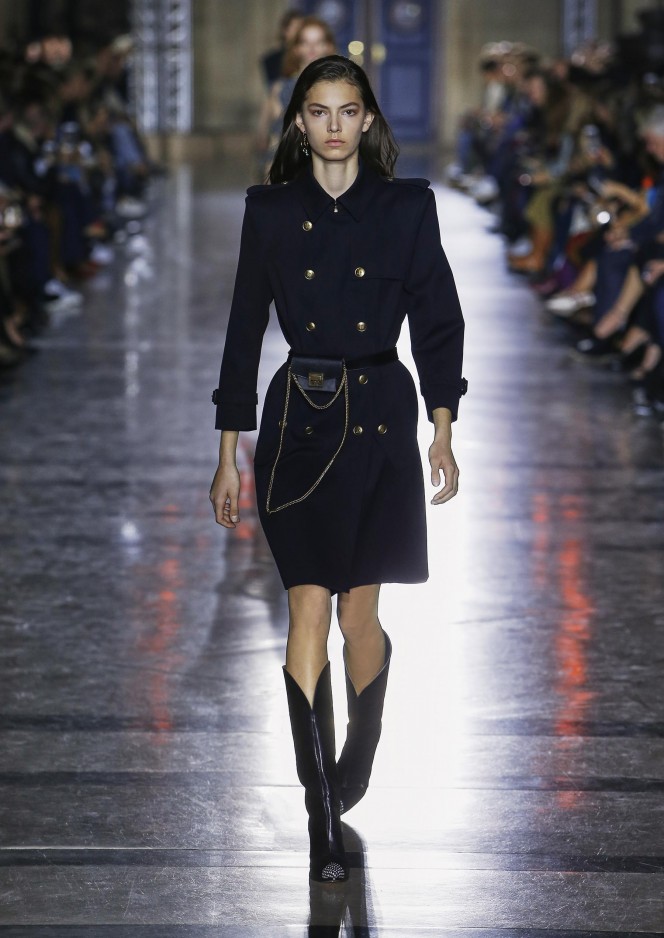 In a Paris Fashion Week full of debuts, Olivier Lapidus at Lanvin, Natacha Ramsay-Levi at Chloe, perhaps the most anticipated – and pressured – was Clare Waight Keller’s first collection for Givenchy, having succeeded its longtime designer Riccardo Tisci to become the house’s first female designer.

As creative director at Chloe, Waight Keller carved a reputation for her romantic, bohemian-inspired designs. So when she was appointed at Givenchy in July this year, questions were asked about how this aesthetic would merge with the Parisian house’s own codes, especially post-Tisci – who’s gothic sportswear undertones and social media-savvy ways shifted the house from Hepburn to Kardashian. But the Birmingham-born designer was up for the challenge, repeatedly stating her intent to shock and surprise with this debut collection.

“Fashion is a tool for self-metamorphosis. It can transform the spirit through a new attitude, for new beginnings,” read a hard-written note from Waight Keller on each attendee’s seat at Paris’ Palais de Justice – as a building used to meting out verdicts it seemed a rather fitting location for this debut offering. “Seduction is Key. The most seductive things are not seen, but merely imagined. In a voyeuristic world, seduction manifests intrigue and desire for the unknown.”

And that sense of seduction was imbued from the opening look: a classic double breasted trench coat paired with knee-high leather boots – nothing screams seduction like the classic trench coat-with-nothing-underneath combo. Feminine and elegant, razor sharp shoulders punctuated silhouettes which were very tailored, very tapered and very Givenchy. Silk crepe dresses, chiffon pleats and lots of lace brought a softer side to the collection, while oversized denim jackets,T-shirts and leather separates were also in the mix.

Exploring the Givenchy archives and meeting Hubert de Givenchy obviously made a big impression on Waight Keller. Here she paid homage to the house’s founder via ruffled blouse sleeves evoking the iconic Bettina style, a new cross-body bag – the GV3, named after no.3 Avenue George Cinq, where Hubert first opened his salon in 1952 – and graphics inspired by archive designs, from animal prints through gold lips and a reinterpretation of that 1961 lucky-charm four-leaf clover motif.

Showing the men’s and women’s collections together symbolised a togetherness between the two, “a couple”, in Waight Keller’s own words. And they were the kind of enviable couple who just effortlessly match each other. Slim and sharp tailoring continued across men’s looks as did animal prints (some appearing as if they’d been clawed apart), trench coats and killer western boots that the late Hugh Hefner (circa 1970s) would’ve loved. Silk shirts, printed blazers and low-cut vests all screamed 70s rockstar, while leather jackets segued from glam to punk.

A strong springboard, this collection is just the beginning. Waight Keller has a vivid, holistic vision in mind – one she presented in a 150-page book to Philippe Fortunato, chief executive of Givenchy before taking the role. She has already launched a new website and is planning on bringing back couture collections, releasing monthly capsule drops and redesigning worldwide stores.

This new chapter in Givenchy’s history started with bold intent: past, present and future, all at once. Inside the building that ignited the French revolution, Clare Waight Keller triggered her own. 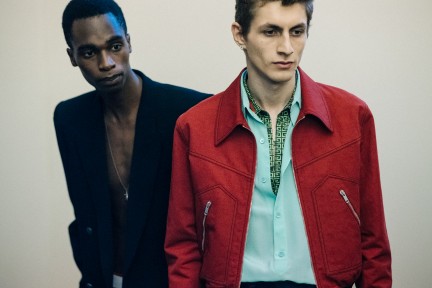 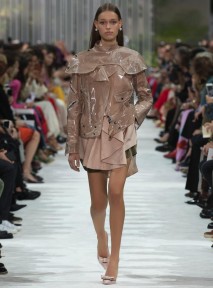 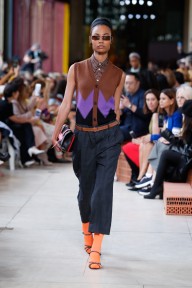 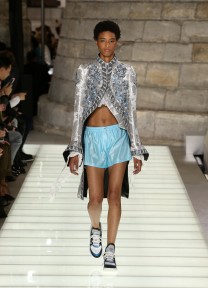 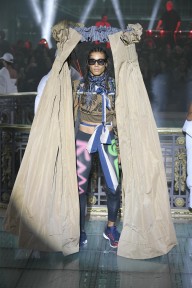 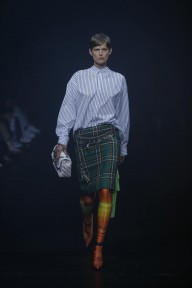 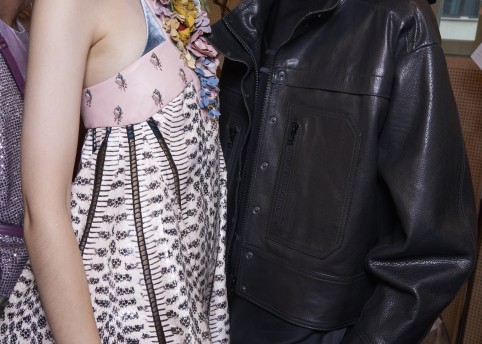 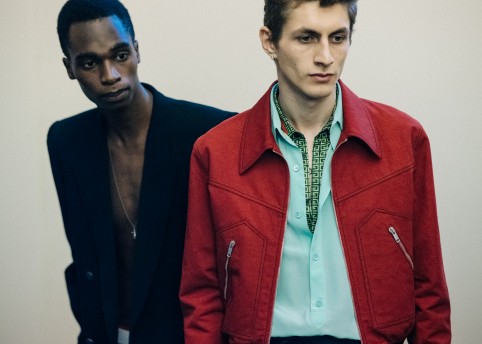 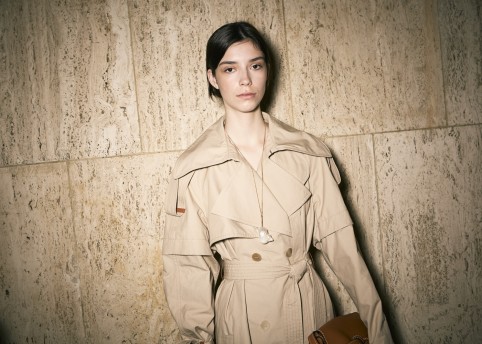 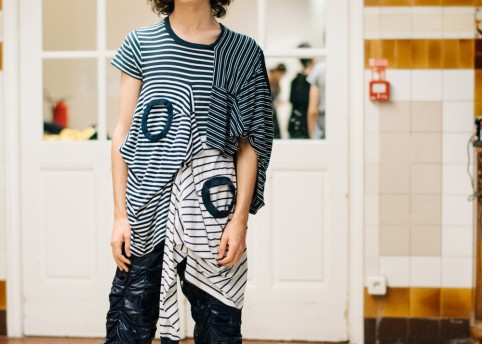 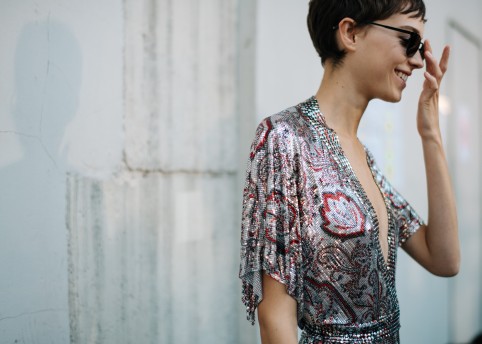