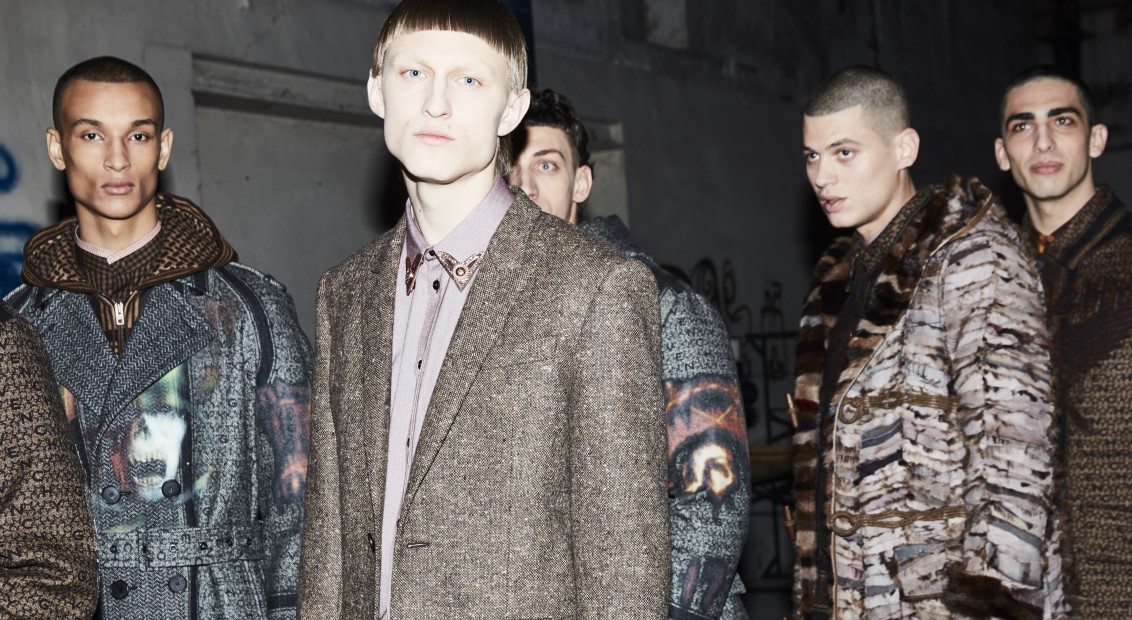 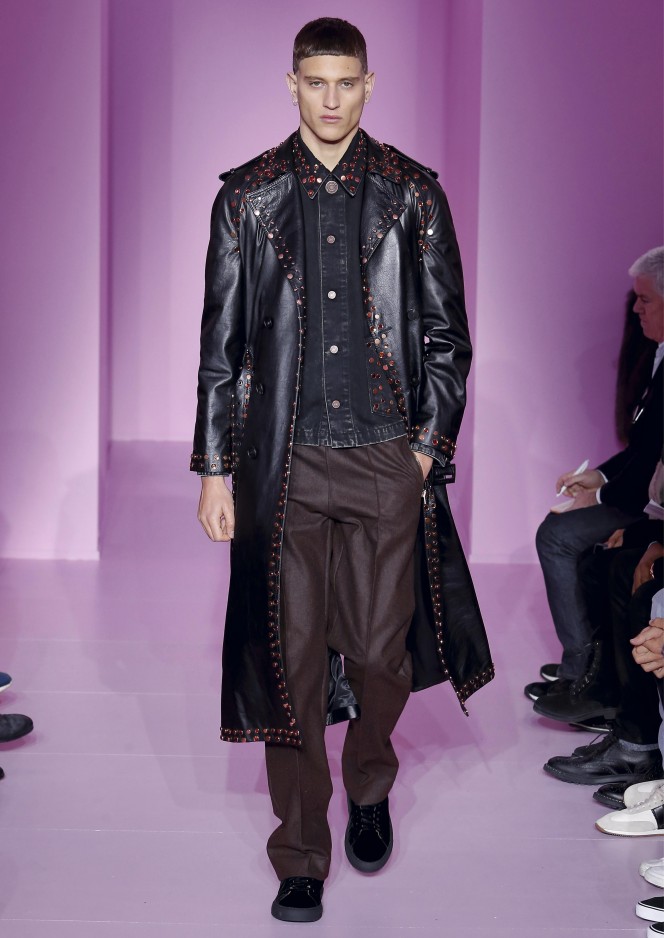 Riccardo Tisci’s penchant for travelling frequently informs his collections. This season the Italian-born designer took his progressive spurs from his recent jaunts to Africa and Germany before honing down on specific references: the freewheeling club-kids of Berlin and photographer Franck Marshall’s Botswana Renegades – a group of heavy metal fans who dress in leather tasseled jackets and ripped up band tees.

In a fresh, minimalist landscape; one alight in fuchsia pink and fitted with box seats and neon skirting boards, came those dark, earthy tones synonymous with the label, contrasting with the vibrant setting they inhabited this season.

No ‘one’ look could be taken from the aesthetic assortment Givenchy had on show, with each outfit oscillating the collection’s feel – and that was the aim. Varied not only in fabric and trimmings – or where styling was concerned – but each look was a capsule of its own accord.

Always sitting somewhere between everyday practicality and a debonair flare, their FW16 line revealed Moroccan tones, as seen in a desert orange flight jacket, complete with a woven overlay, and long, brown hooded coats with fringing along the hem.

MA-1 bomber jackets and sweaters emerged emblazoned with serpents and birds of prey in blood red and black, worn with American flag bandanas the Givenchy man was smouldering, like a 21st Century John Wayne (Tisci’s fascination with Americana is an omnipresent trait). Shirts were soft and silky, but a pastel purple denim number stole the show with rose gold collar tips.