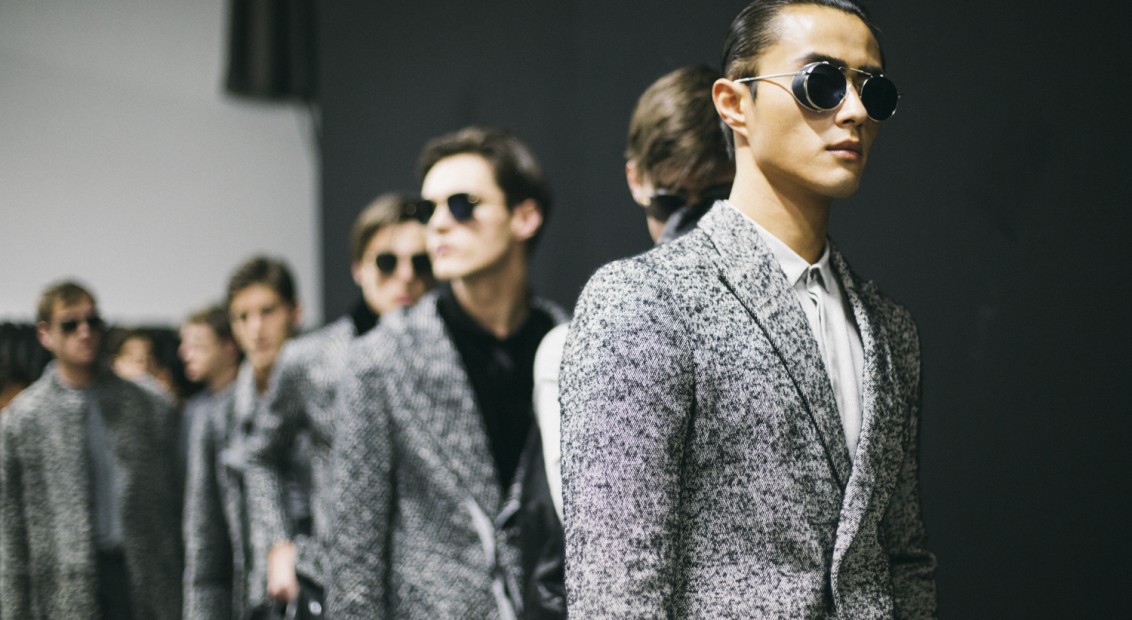 Creative minds seem to be fully transfixed on space-age tropes this season. Versace and Calvin Klein have been singing a similar intergalactic tune – but in their own proper pukka permutation – and Armani has had a smash at it, too.

Boys first came out in pairs. Skiing seemed to be on the cards. And their trousers, hoods and jackets were in a metallic, foil-like silver. Space-age doesn’t just mean astronaut-esque fabrications either. Armani opted for futuristic utilitarian, a minimalist, modernist approach to typical winter garms: three-quarter length coats, plain; single-breasted jackets had their lapels ditched, replaced by mandarin collars that evoked Star Trek vibes; others had hidden, asymmetric fastenings and wing collars; whilst some looks came with padded, one-shoulder pieces.

Constructions like these verge on the edge of gimmicky; Armani’s knowledge and knack of tailoring, however, kept it polished and highly covetable. Towards the end you had full-look leathers that would’ve made Neo from The Matrix swoon. Proof that Armani may have his feet on the ground but he’s looking to the stars. 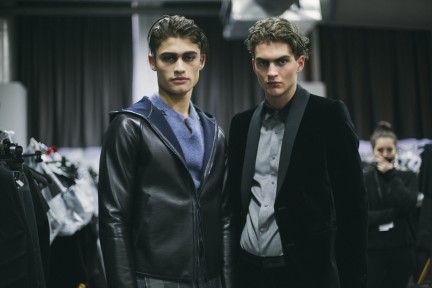