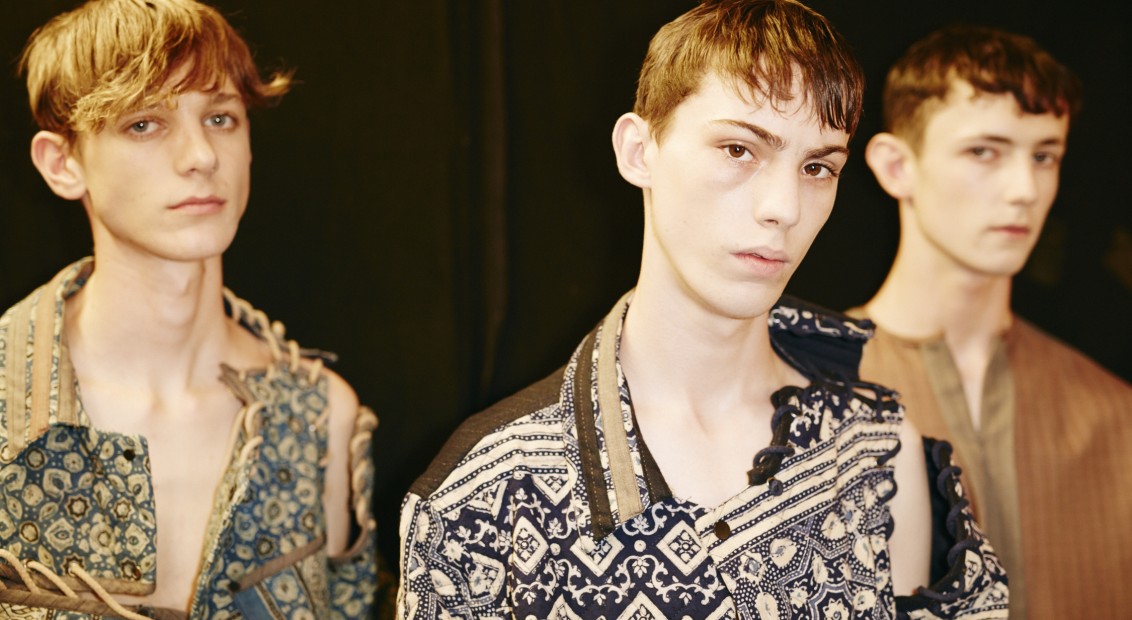 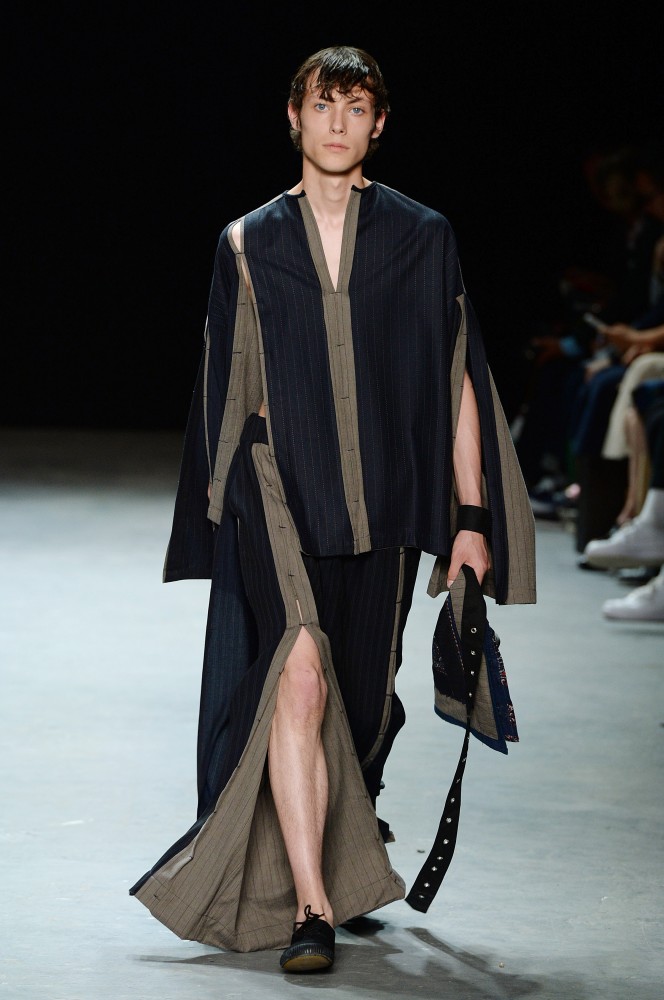 Craig Green’s collections are a known quantity, one flowing into the next with visual consistency and quiet poetry. The designer is comfortable with his language, and that familiarity is key.

This season Green was thinking about, as the show notes went, ‘making and remaking, challenging and reinterpreting the familiar.’ It was there in the reworked menswear classics, deconstructed and looped back together with rope through silver gussets, like the sweeping trench coats that looked to be coming away at the shoulder panel, collar and waist. And the shirts that from the front looked classic, from the back left the spine exposed behind a maze of fine straps. Paired with trousers that did the same, suddenly becoming shorts from behind.

Cut aside, what stood out were the hues. Green has his own way of communicating colour (there’s one in his name, after all) and here he really excelled, with an exploration of colours at their most potent, and drained, ends of the spectrum. The showstopping looks were made of fabrics that had undergone a rigorous bleaching process, shaped into jackets that swaddled the body. Those dusty shades were the ghosts of others in the show: the original saturated colours were included elsewhere in fully quilted looks. The contrasting effect was transfixing.

Green cited a kind of uncharted pilgrimage as the core theme of the collection – a narrative he’s fascinated with, often visualising notions of custom and belonging. Yesterday the notes mentioned ‘ritual’, a word that felt right in the context of the swirling, hypnotic synths that soundtracked the start of the show, taken from German composer C814’s Haunt Muskie.

‘Ritual’ is also a good word for the way Green works. He doesn’t look to theatre for inspiration; it’s more about feeling and the memory inherent in fabrication, and it’s a feeling that his devoted – and growing – legion of supporters connect with. 56 worldwide stockists and the BFC/GQ Designer Menswear Fund prize sitting on his shelf can attest to that. 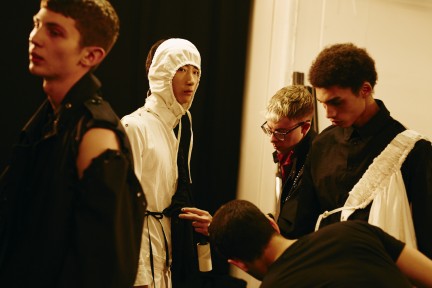