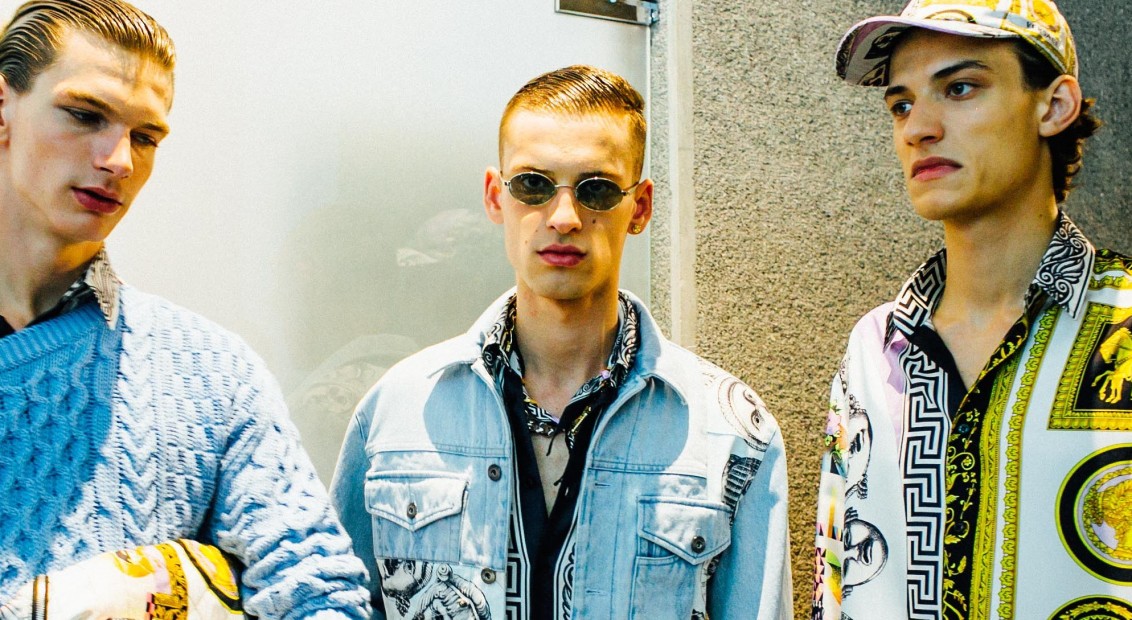 Known for its in your face OTT shows and collections, Versace decided for a different approach for its SS18 show – a more stripped down showing. Its a bittersweet year for the label, marking the 20th anniversary of Gianni Versace’s death, which saw Donatella Versace took over her older brother’s duties. The designer described the collection as a “homecoming” and that was clear, focussing on reworking the brand’s signature stylings and motifs. It was all about Versace’s rich and bold heritage, Donatella creating a line about the “passions that define Versace, the complexity of men, the energy of today,” as the show notes explained.

Things were kept close to home, the show taking place at the brand’s villa on Via Gesù. Mirroring the (relatively – it’s still Versace) pared back collection, the show itself was also on the understated side – instead of of a loud soundtrack, lights and marching models, things were much more low key: set in a cobbled courtyard, guests sat in individual chairs surrounding small tables, while waiters served drinks and canapes, al fresco.

With the collection, the homecoming theme was channeled in the appearance of iconic brand pieces – classic Versace silk shirts alongside signature bold prints. Pinstripes in fresh and varying forms also dominated everything from suits to shirting, in both subtle and contrasting interpretations. This linear theme also carried over to the womenswear capsule collection, presented in tandem with the menswear. Colourways were wide ranging though navy and pastels made the most regular appearances, a pastel pink tracksuit was a particularly fun look. A thoughtful, stripped back homage to the foundations of Versace, and to the legacy of the family behind it. 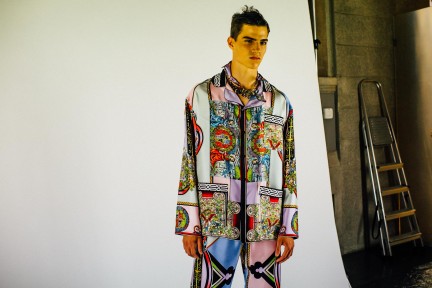