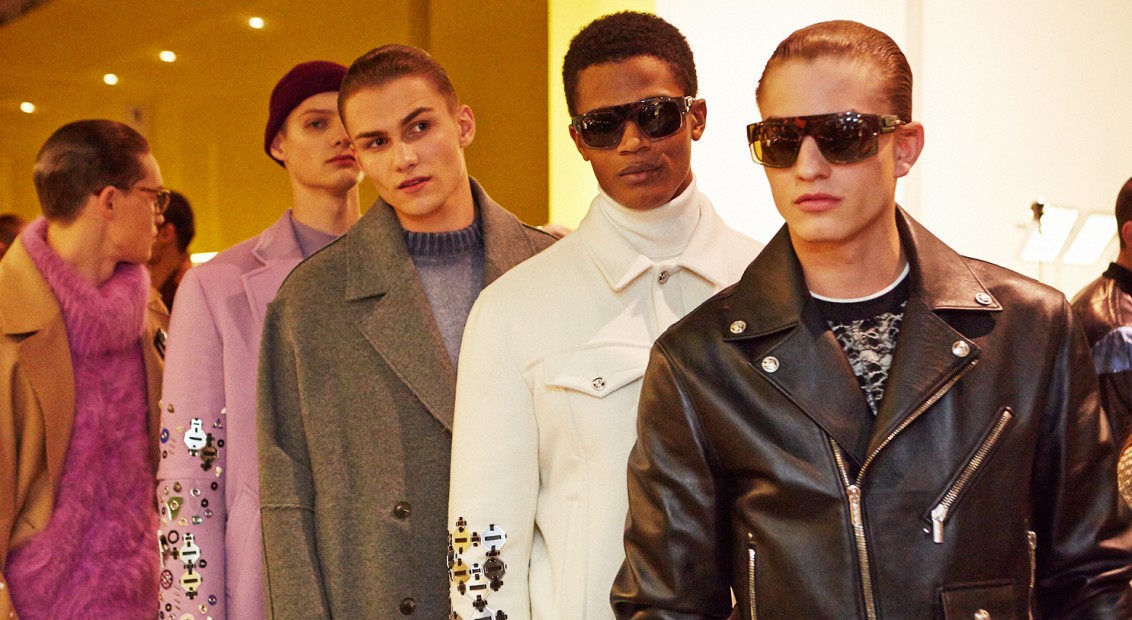 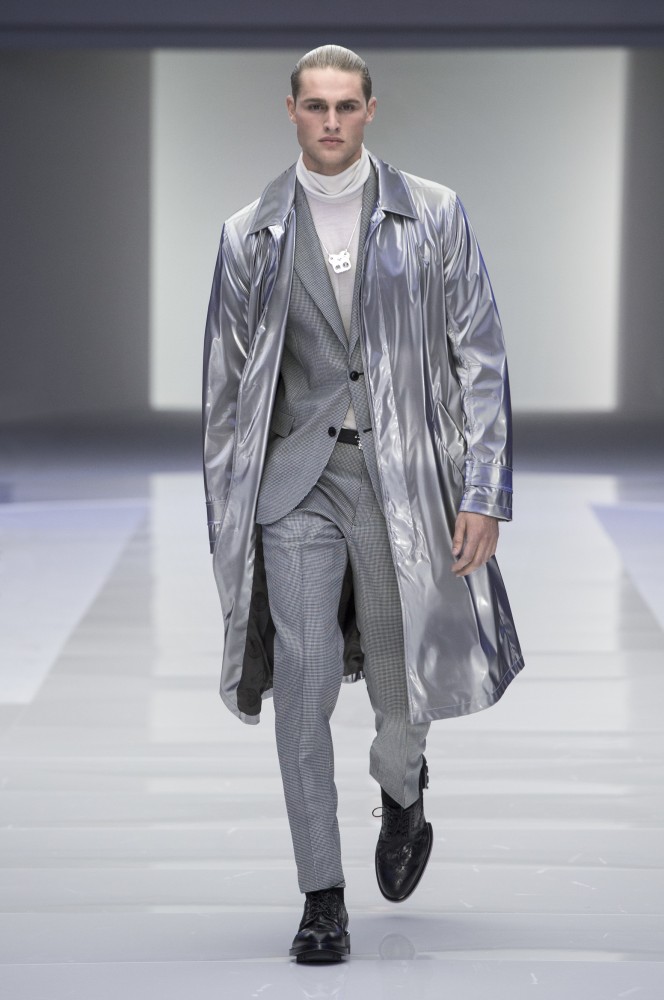 Blue LED lights woke up the squared runway at Versace yesterday, as models paced in sportswear with glow-effect accessories and paneling. As the fluorescent spectacle came to a close, the house lights made way for a neatly tailored grey suit, paired with a white polo neck and long, iridescent silver trench coat. It’s everything you wished astronaut Tony Nelson had worn in I Dream of Jeannie, or the cast of Lost in Space (if they found themselves in 2016).

The subtly intergalactic theme took a more urban direction as biker jackets dressed with shearling and piping detail appeared, while a wool double-breasted pea coat provided a more casual take on outerwear. Mohair sweaters were dramatic with overarching turtlenecks and sleeves and when paired with high-top footwear, a strong ‘90s influence was apparent.

Donatella Versace is queen of strong, masculine silhouettes as much as she is of a more-is-more attitude. For this collection she most heavily applied the latter to those jackets that were adorned with multi-coloured micro-diamantes, leaving traces of old school Versace glam. Not to mention those purple bombers with black detailing, backed up with foil-effect shirts and PVC trousers. A wardrobe fit for a space odyssey, Versace style. 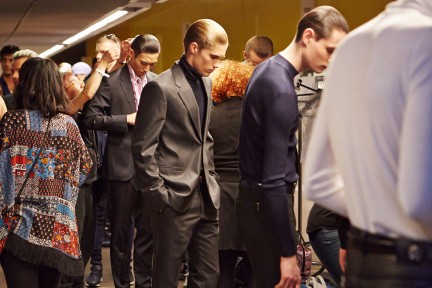