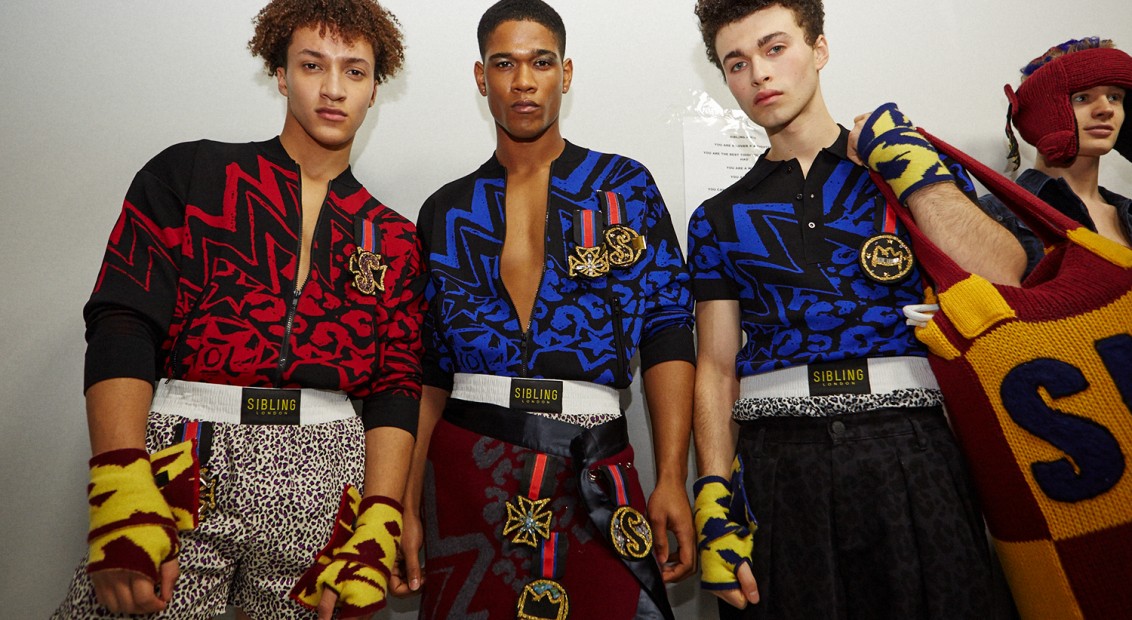 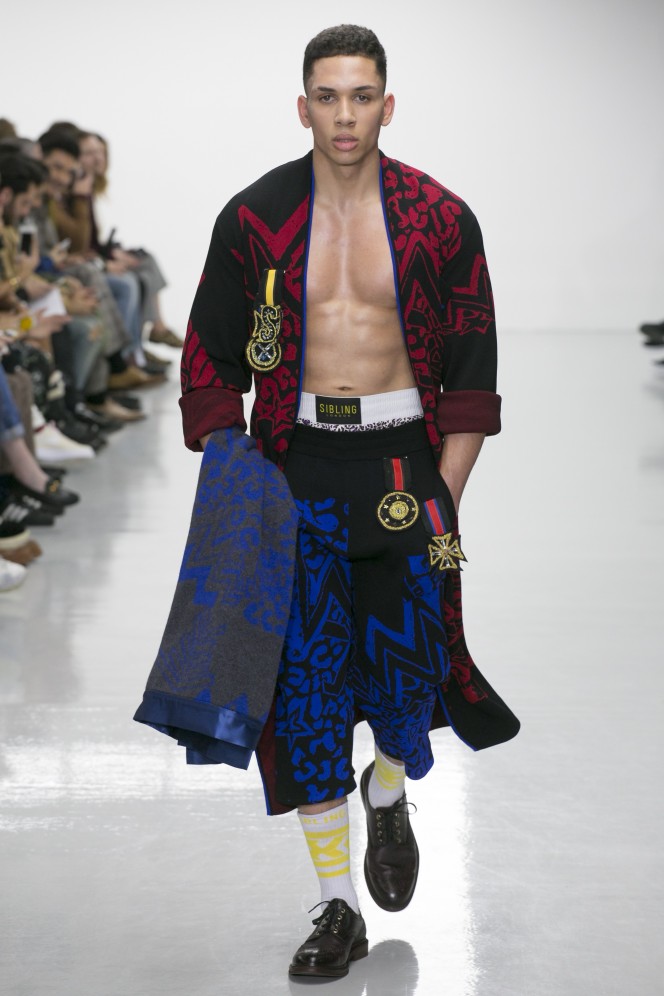 Jocks and their unfastened straps – and arses on show, too – were Sibling’s showstopping stamp at LCM last season. Where SS16 focused on male subcultures, yesterday the design double-act looked to a swathe of art and historical references for inspiration.

The focus here was on French American artist, Jean-Michel Basquiat. One of the greatest and most politically charged of the 21st Century, he vandalised Picasso’s Guernica by spray-painting “KILL LIES ALL” in an act of public defiance against the Vietnam War. Enter the collection’s hefty boxing gloves, an embodiment of that image devised by Tony Shafrazi with Warhol and Basquiat standing side by side with their gloves up.

Boys spritely walked down the runway (“no moody, Zoolander faces thanks” read a backstage note to the models) wearing familiarly looking traje de laces of the Spanish torero: knitted jackets acting as the chaquetilla, medals hanging from them with the ’S’ insignia, and ankle-length, thigh-split skirts looking like the muleta (long cape). Knitted belts wrapped loosely around models’ waists – when that was absent you had the recognisable ‘boxer waistband’ and champion belts.

Colours were strong, sporadically positioned like Basquiat had spray-painted graffiti on it himself. (The last look, for example, was a long, knitted boxer robe embellished with striking colour and motifs – apparently made in two days!) Not forgetting Sibling’s typical injection of tease and sex: muscled thighs and chests were on show. Drool hard for Sibling’s boxing toreros. 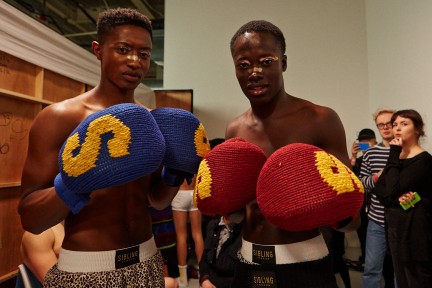