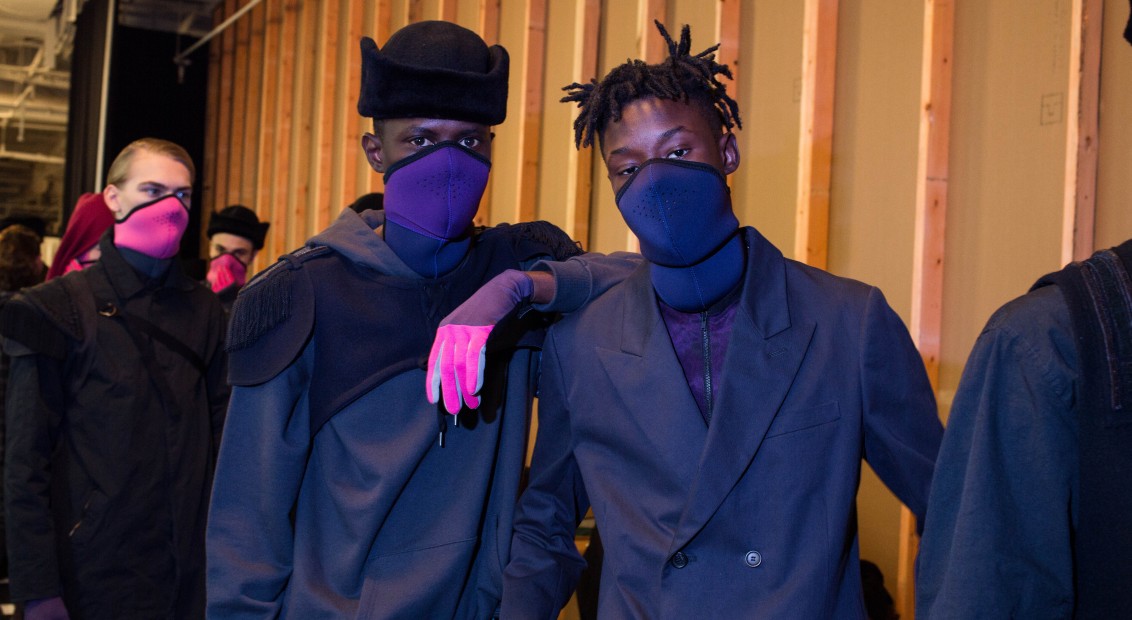 Titled Love and War, Robert Geller’s FW17 collection provided a timely commentary to the current political and social climate in the US, with the line itself looking at the division and conflict of current times. In relaxed and layered looks, models appeared wearing face masks and Soviet-inspired hats, whilst the designer himself made an appearance at the end of the show in a t-shirt bearing the words ‘IMMIGRANT’ – Geller was born in Hamburg, Germany before relocating to the US.

2017 marks the 10th anniversary of Geller’s eponymous brand. To mark the occasion the designer engineered an innovative show featuring live projections of the models as they walked the runway, providing guests with a 360 degree experience. As Sade’s Solider of Love closed the show, Geller’s personal frustrations were reflected in his output. 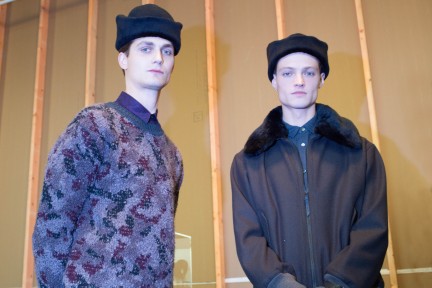