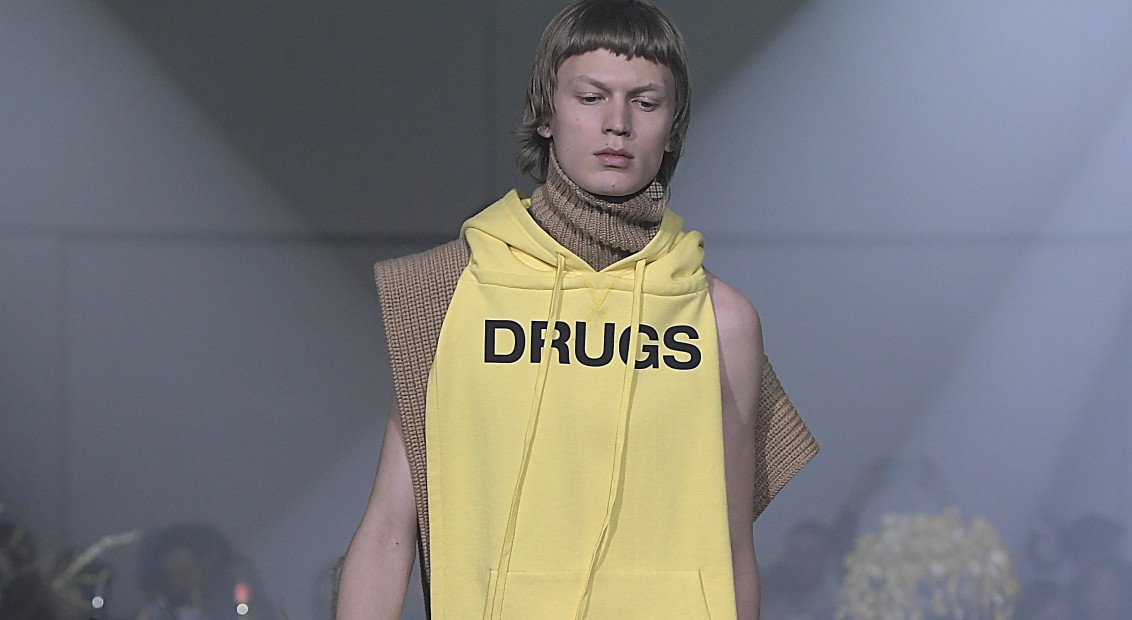 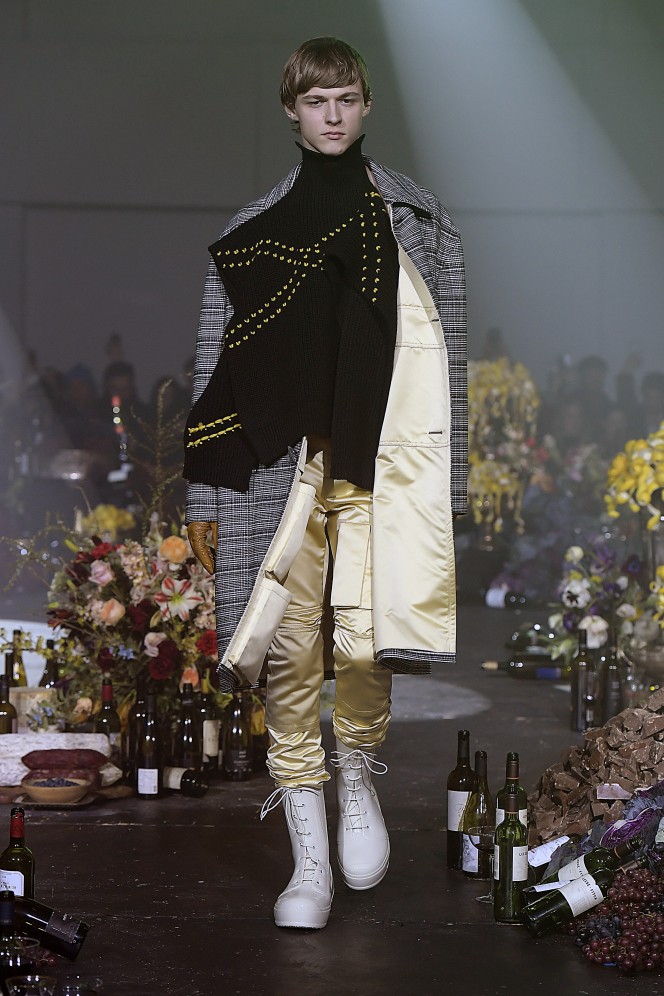 Here, in Simons’ reimagining of a Flemish still-life painting, excess was everywhere. However the collection’s particular vice of choice was something altogether darker and more potent.

Titled Youth in Motion, the main source of inspiration stemmed from Uli Edel’s 1981 cult film Christiane F. – an influence mined from the designer’s FW01 show, where promotional posters for the movie came sliced, spliced and scrapbooked with Sonic Youth and Joy Division gig flyers. Set in West Berlin circa the late 1970s – to a soundtrack of David Bowie’s Berlin Trilogy: Low, Heroes and Lodger – the biopic is based on the non-fiction book of the same name written following tape recordings of teenage girl Christiane F., a heroin-addicted teenage prostitute struggling to kick the habit of a lifetime.

“Simons, like many Europeans of his generation, was exposed to the harrowing world of Christiane F. in high school, where the film and the book were discussed as a part of the curriculum,” read the press release. Twisting the film into a vision fit for 2018, Simons enlarged portraits of the film’s protagonist and her friend Detlef across the back of coats, shirts and patches stitched to skinny trouser legs.

Creating a very Raf kind of dichotomy, Christiane’s grist tale came mixed with sardonic references to Cookie Mueller and Glenn O’Brien’s mid-1980s tragic-comic play Drugs, chronicling the high times of its odd couple leads. Placing the cover of its 2016 reprint amongst the collection, Simons printed drug names such as LSD, XTC and GHB along scarves and knee pads, while “drugs” appeared in block lettering across one particular hoodie-slash-poncho – [insert joke about Simons’ addicted fan base here].

Although the narcotic references flowed throughout, the collection acted as more of a subversive information pamphlet than any sort of advocation. Rewind to the designer’s first collection after moving stateside and you’ll remember those mega knits featuring Milton Glaser’s iconic ‘I <3 NY’, three seasons on and we find Raf scraping past that tourist-friendly American dream facade and digging his nails into the country’s insecurities and flaws. This season, Raf was addressing the current opioid crisis sweeping across the nation – in 2016 drug overdoses killed 63,600 Americans, more than ever before – in a manner he does with such subtle aplomb: with detail, wit and grit.

The designer’s takeaway for the season? “To neither glorify nor condone the culture(s) of drugs; rather Simons seeks instead to consider the persistent, almost ubiquitous presence of narcotics (prescribed or otherwise) within our society and acknowledge our often conflicted relationships with them.”