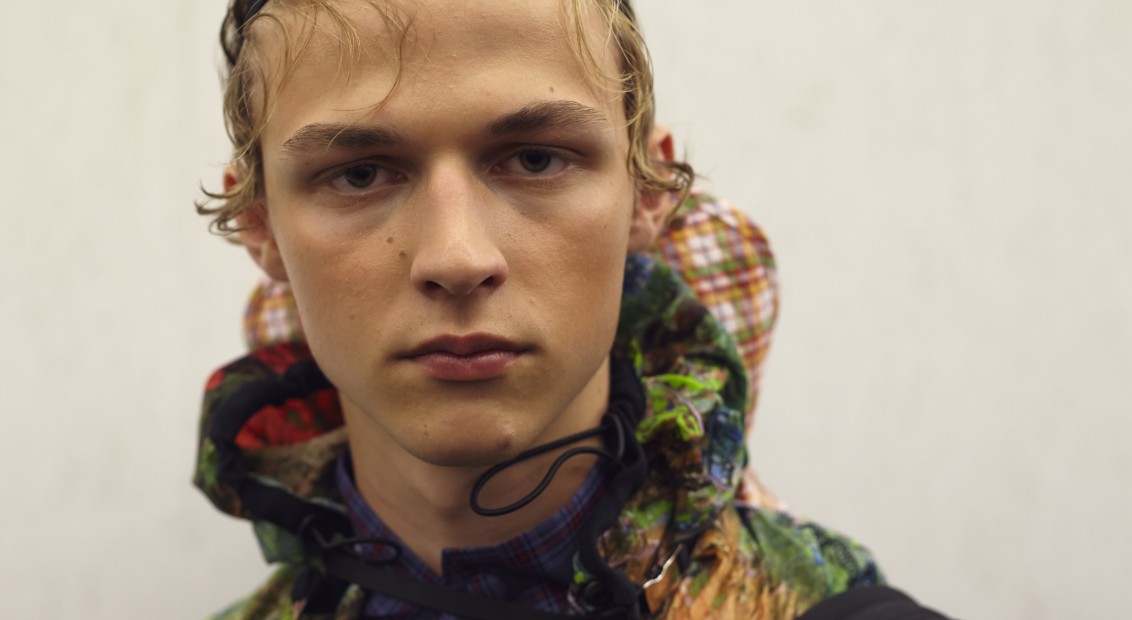 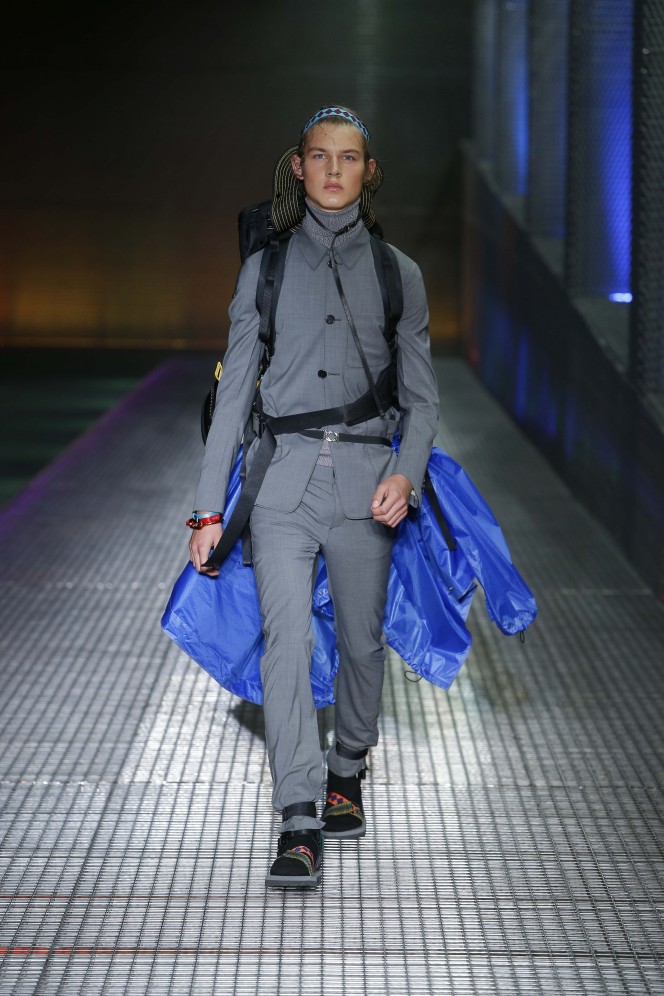 Prada is one of the few houses that does not share detailed collection notes after the show. Miuccia Prada’s intellect, sense of humour and clever reference make the show the one of the season’s most hotly debated – trying to nut it out is most of the fun.

A good starting point is usually the space. Last season, for example, it was transformed into a tavern-like ship hull, setting the scene for a story of lost love and the sea, sailors and treacherous mistresses. None of that remained yesterday, instead the audience was faced with a gigantic metal structure imagined into reality by design studio AMO. The transparent cladding pulsated with violently pink light as models filed up the ramp, as if making their way through some kind of psychedelic train station.

The first boys appeared as plain grey tailoring that felt a little Star Trek, set to a 90s beat (The Orb’s trippy ambient house classic, Little Fluffy Clouds). Coolly hunched over, they wore rucksacks hung with hiking books and spray jackets, ready for adventure. On their feet were socks layered with brightly coloured sandals (any seasoned journey maker knows comfortable footwear options are catalyst for pleasurable travel). And as the girls came through (a co-ed catwalk is a standard measure for Prada) colour became the order of the day and underscored the collection’s active incentive. Thin trackpants, nylon jackets, flasks hanging from the belts of zip-up vests and checked traveling coats. Midway was a quartet of deep navy looks detailed with the signature Prada contrast stitch in vivid orange, before things progressed from the casual traveller to the chameleon trekker: think little cocktail dresses on the girls, sharper tailoring on the boys, a day-to-night kind of dynamism.

All together it felt fun and speedy – apt in light of the pace of fashion today, imagined and produced at a level of creativity and construction rivalled by few. Mrs Prada’s vision for a fully-loaded future hiker equates to the pieces we want to wear now. If she feels like taking a trip we’ll happily go with her, and that success is what sells clothes. 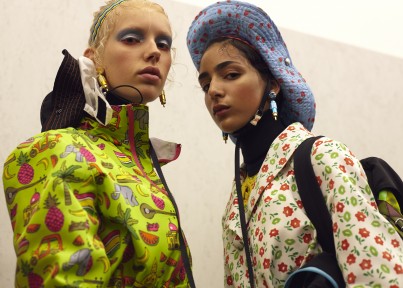