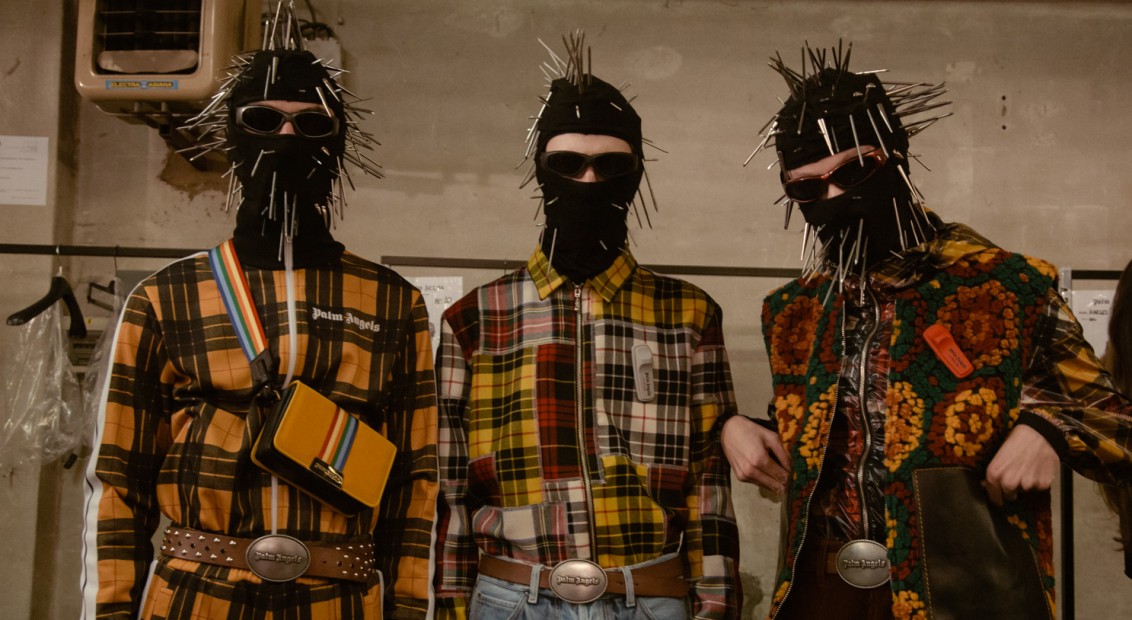 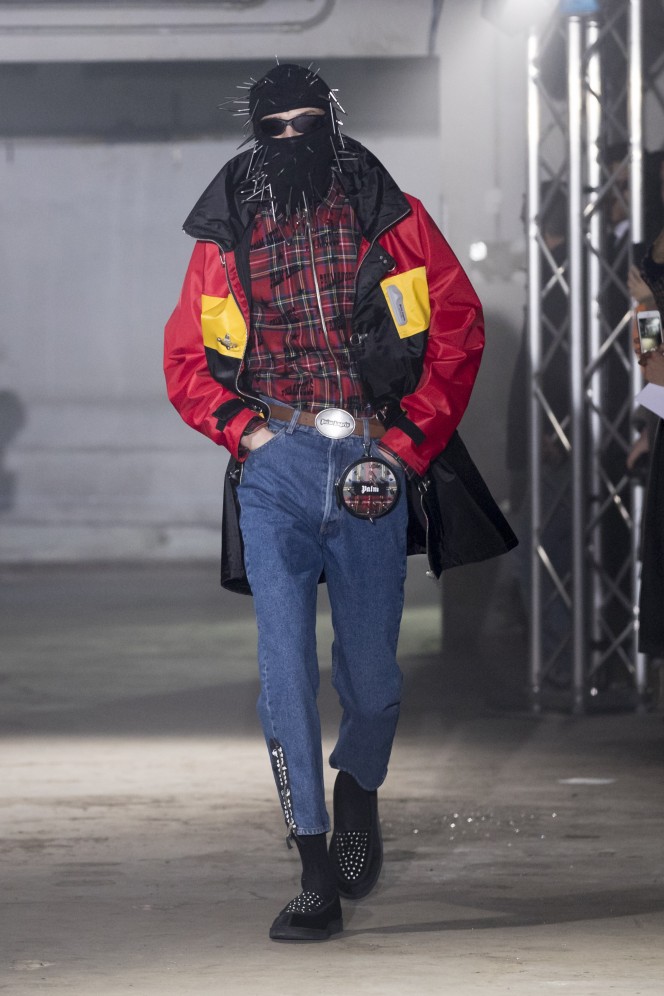 If there’s any scene that’s dominated the menswear sphere in the last few years, it’s skate culture, and Moncler’s Francesco Ragazzi has long been enthralled with the aesthetic. After spending time photographing the LA skateboarders of Venice Beach, he was inspired to launch his effortlessly cool label, Palm Angels, back in 2015.

A quick scroll through Instragram illustrates just how popular his brand has become, as streetwear aficionados everywhere can be spotted in a pair of his fluorescent side-striped track pants. And for this season, the designer delivered yet another colour-rich, attitude-drenched collection.

Ragazzi’s latest offering dabbled in dichotomies – “Convention and rebellion”, “Religion versus anarchy” read the show notes, as his FW18 designs occupied the space between traditional cuts and avant-garde construction. Western-style plaid shirts were paired with balaclavas covered in spikes – like Hellraiser on a DIY budget – while cross-body bags with rainbow straps looked instantly covetable. All in all, it was a lesson in subverting the norm, which Ragazzi consistently proves he’s well versed in. 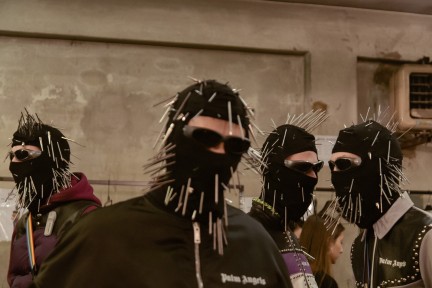