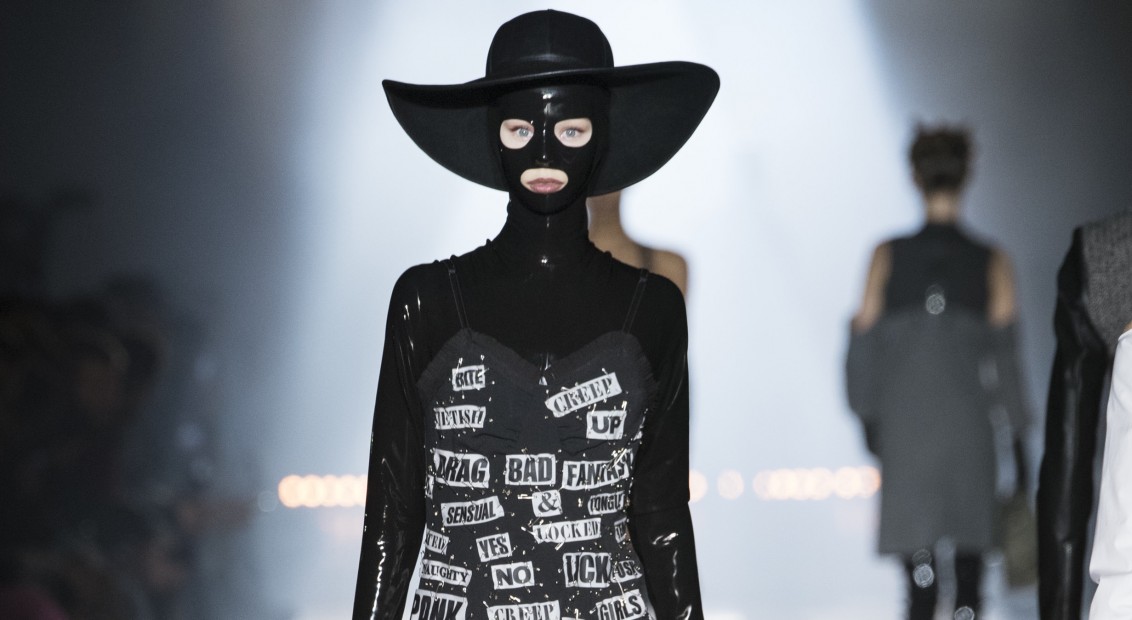 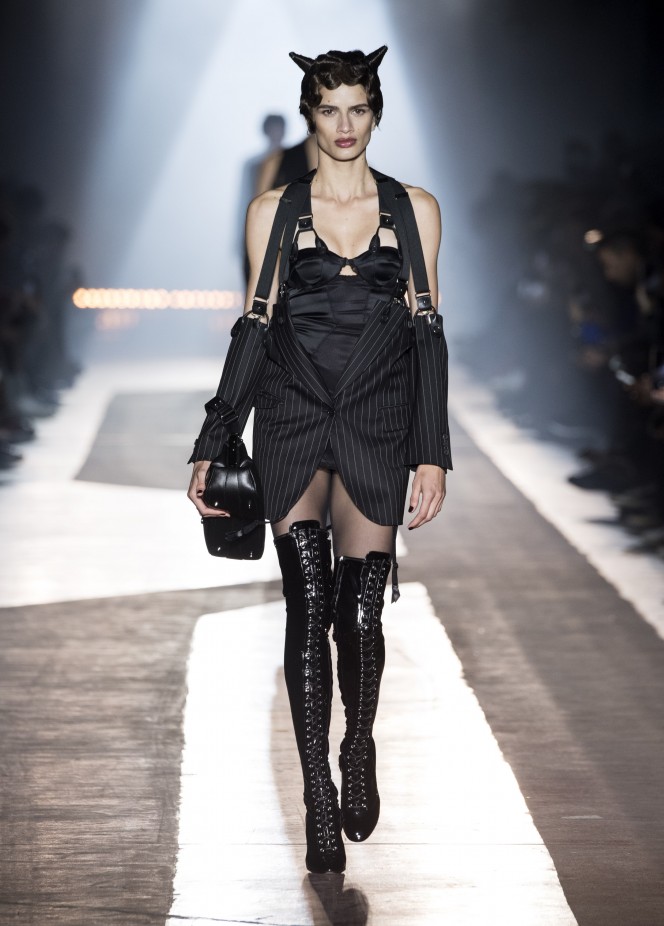 This season saw Moschino push the masculine-feminine conversation that little bit further. Boys were dressed in frilly tulle dresses, seriously smart floral suits and girls in pinstripe suits with bow ties. Standouts of the show were black satin tuxedo jackets and little leather PVC underpants. Elsewhere, tailcoats were held up by suspenders, while latex ran throughout the collection in a fresh dose of fetish gear (the VHS tape invite first hinted at this sense of S&M). Some exits even saw full PVC looks, from head to toe – think The Gimp in Pulp Fiction, or wherever else your mind may wander…

“For this collection I wanted to play around with the idea of mixing masculine and feminine in an assertively subversive way,” explained Jeremy Scott after the show. “So as well as some overt dress codes of gender — maybe pent-out pinstripe suiting for her, florals, lace and frou-frou for him.” Less slap, more tickle, fabric patches were held up by safety pins read “STUD”, “LICK”, “PAIN”, “FETISH” and “DADDY,” and black thigh-high boots hinted at liberation. This season’s offering felt just as playful and as energised as last year — but with a lot more sex and a blurring of traditional gender codes. This feeling was only emphasised by the finale look featuring gender fluid drag star Violet Chachki, with her hair constructed into horns, wearing an all-black tuxedo jacket adjoined to another model – mega.