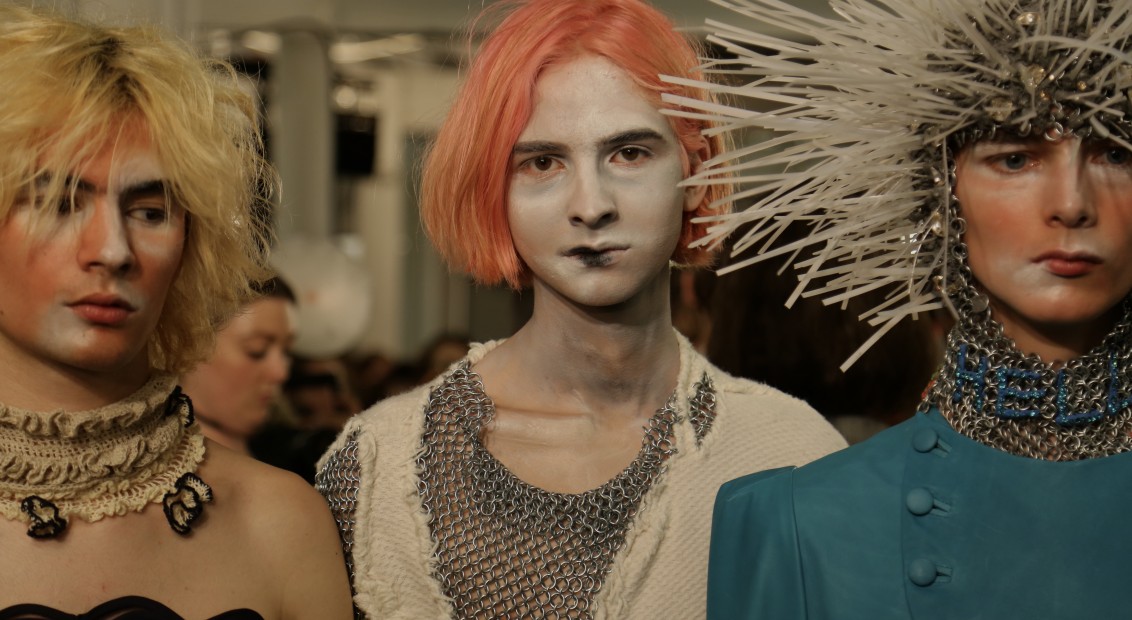 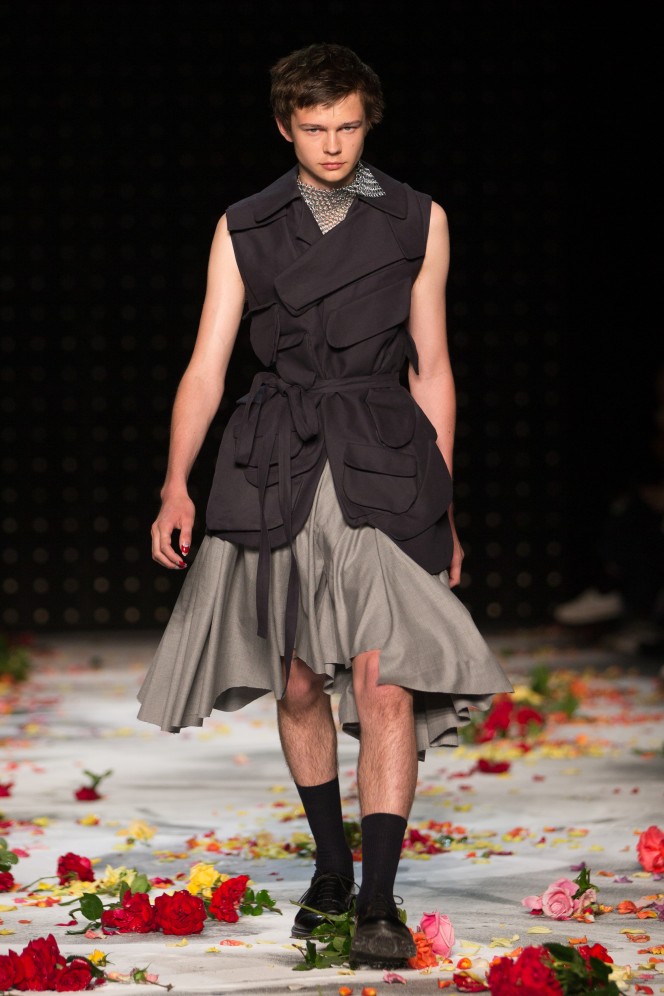 It’s the morning after the night before. And for Charles Jeffrey’s LOVERBOY gang, the comedown has hit hard.

Whereas Jeffrey’s FW16 party atmosphere presentation stood very much in the present, his SS17 offering shifts focus to the past, “to the 1650s, via the 1950s, in 2016’s East London,” as the show notes read. Here, the nightlife-engaged designer’s aesthetic was given a further dimension through historic reference points that mirror his own sensibilities. On a tropical catwalk strewn with flowers and sand Jeffrey rewound to the conception of couture and Louis XIV grandeur, interpreting those historical tropes via chainmail details – a collaboration with Jack Appleyard – and a hedonistic mix of the deliberate and the accidental, the found and the taken.

An ode to those peacocking dandys who first set the course of modern menswear and transcended social, class and gender barriers through fashion. The uncompromising attitude and bold, unconventional idiosyncrasy that these trailblazers championed sits at the heart of the LOVERBOY ethos. Only Jeffrey’s contemporary dandys don’t polish their footwear with champagne like Beau Brummell, their shoes are more likely to be stained with the vodka spillage that comes from properly enjoying yourself. And heightened by platformed boots, models were elevated in more ways than one.

The DIY collaborative spirit that runs deep in the London designer’s aesthetic was realised via the previously mentioned chainmail, clay charms crafted by fellow CSM graduate Matty Bovan – and his mum – and the Gareth Wrighton-directed visceral video that backdropped the catwalk with scenes of sweaty flashes of flesh soon merging into an embryonic figure.

Throughout the designer’s body of work, tailoring has been key. Think back to his FW16 collaboration with Savile Row tailors Chittleborough & Morgan and consider those debonair ‘drunk tailoring’ results. Here, Jeffrey’s team takes it one step further with their ‘Bitch’ and ‘Bastard’ cuts, both realising striking new silhouettes that pulled aspects of couture together with a relaxed, underground 2016 beat. It’s charming and ultimately accessible, like Dior’s New Look Jeffrey has offered a fresh, undone interpretation to mirror his surroundings. Despite the backwards glances, here was an example of progressive thinking –  quirk and mischief has never looked so enticing.

Above all it’s unmistakably LOVERBOY, which is a testament to the authenticity and confidence Jeffrey injects into each aspect of his brand. The chimes of time rang out at the show climax, symbolic of the merging of epochs Jeffrey presented before us and the new dawn each day represents. 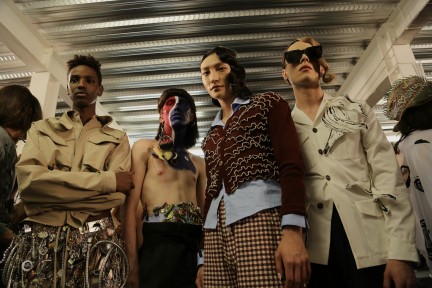