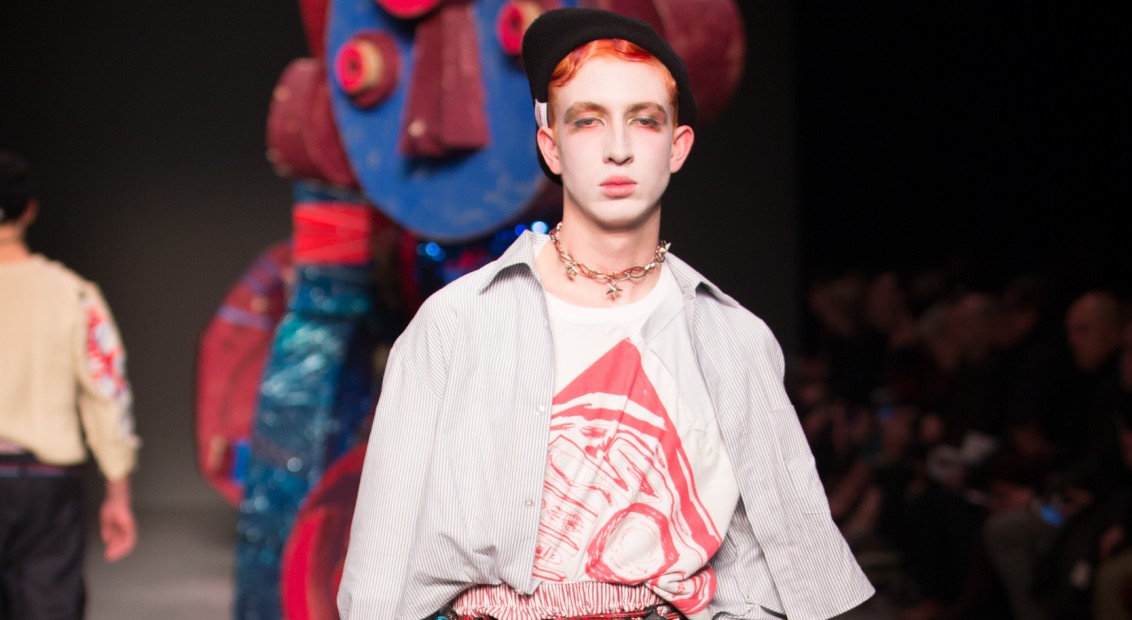 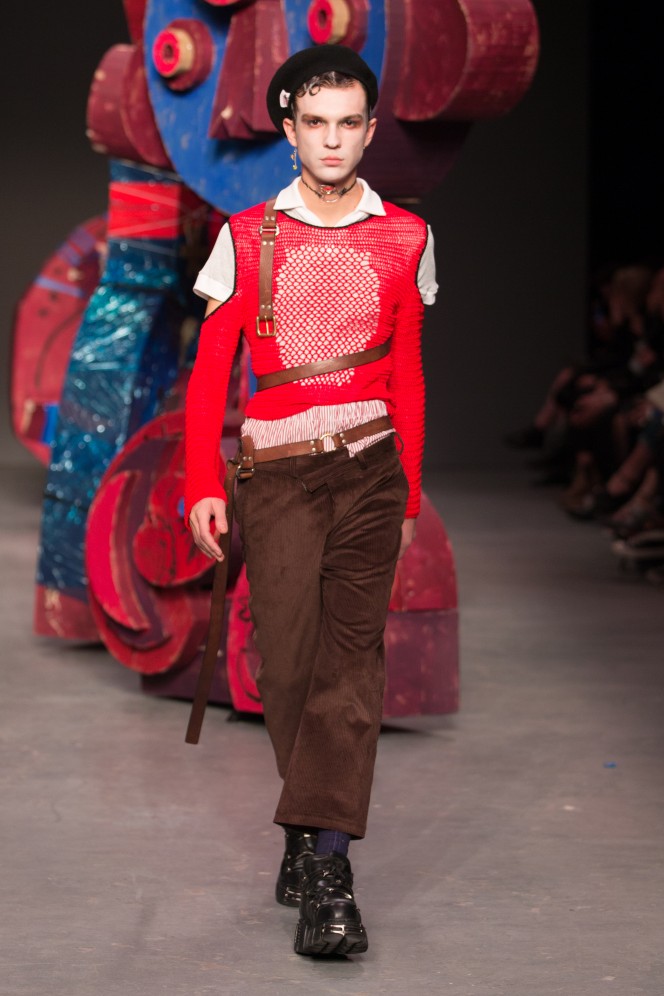 At Charles Jeffrey, set designer Gary Card created a removable environment of ‘LOVERBOY totems’, laid out before the show began while the barely there strains of Donna Summer’s I Feel Love washed overhead. The huge creations were said to “[contribute] to the sense of performance”, leading on from last season’s alive-and-kicking presentation of Blitz Kid-like models dancing the day away. But here the party went from room to runway.

Tailoring was core to Jeffery’s line-up once again (last season’s suiting were made on Savile Row – a lover of traditional craft).”It’s about the geeks AND the show-offs,” read the show notes. A realised contrast is screamingly clear: the controlled and outrageous are smashed into one. Glaring make-up, twisted, hanging, intertwined tailored separates with painted jeans (a keen favourite among press) and attitude from the models were all signposts of a throughly refined – and seriously creative – concept.

Jack Appleyard was part of LOVERBOY’s collaborative ethos and created ‘found/taken’ materials to create accessories: straps from scraps. Wearing Jeffrey’s clothes with conviction is inherent with its construction: cuffs are meant to be rolled, rather than cufflinked, and ‘drunk’ tailoring was meant to mimic a puckered jacket of a drunken soul in the corner, slumped in an inebriated stupor.

This energy is what London menswear is about. We want more.