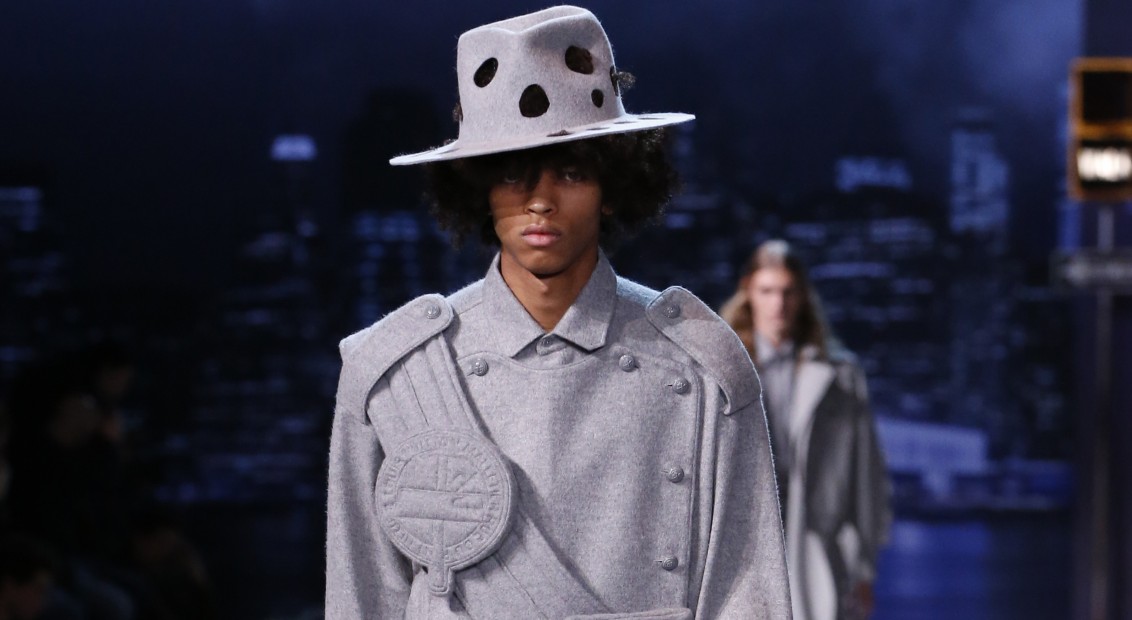 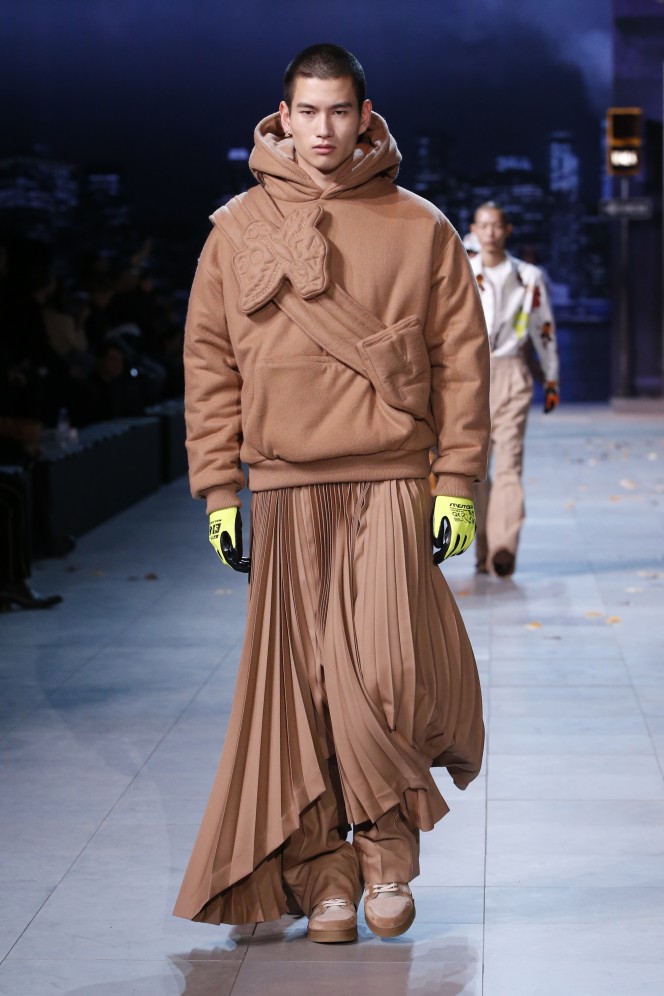 For Virgil Abloh’s second outing as the creative director of Louis Vuitton menswear, attendees received invites in the form a single, bedazzled white glove. Given the designer’s penchant for sweeping references to great moments in American pop culture – see The Wizard of Oz the previous season – it wasn’t hard to work out where this was going. An even bigger nod to the late King of Pop and his seismic cultural influence came by way of the set: a full-scale replica of the street from the Billie Jean music video, complete with wind machines blowing dead leaves down the runway and light-up pavement stones. Some might see Abloh’s references as overly literal, but at least he wears them on his sleeve.

What was truly exciting, aside from the mind-boggling set and the show music composed and performed live by Dev Hynes, was seeing the impressive step up from last season both in terms of ideas and execution. Where the joy of Abloh’s kaleidoscopic first show was as much to do with the significance of his ascension to the upper echelons of Paris fashion as it was for the designs themselves, here he staked his claim as a worthy heir to the critical and commercial success of his predecessor Kim Jones.

There was something for everybody: imaginatively layered tailoring in grey to open the show, before giving way to highly covetable puffas punched with the LV monogram, the stars of the US flag printed across the lapel of a trenchcoat and a swishy, pleated skirt, and a vest covered in extraterrestrial tin-foil silver. While the show’s Michael Jackson influence ran across the singer’s signature military-style detailing, oversized fedora hats, silk shirts and a glittery tee depicting MJ’s iconic tip-toe dance move. “…an ordinary wardrobe comprised of the staples familiar to us all became extraordinary; every jacket, glove, sock and hat fashioned into an instrument of awe,” read the show notes, paying homage to Jackson’s enduring influence.

Later, a series of looks crafted of world flags from all of the countries represented in Abloh’s Louis Vuitton atelier provided a neat denouement to the show: a reminder that Abloh’s democratic appeal is truly global (a pop-up store in Tokyo this week stocking his first collection outsold even Louis Vuitton’s previous white-hot Supreme collab). He might not be able to heal the world, but he’s increasingly proving that he has the skills to dress it.