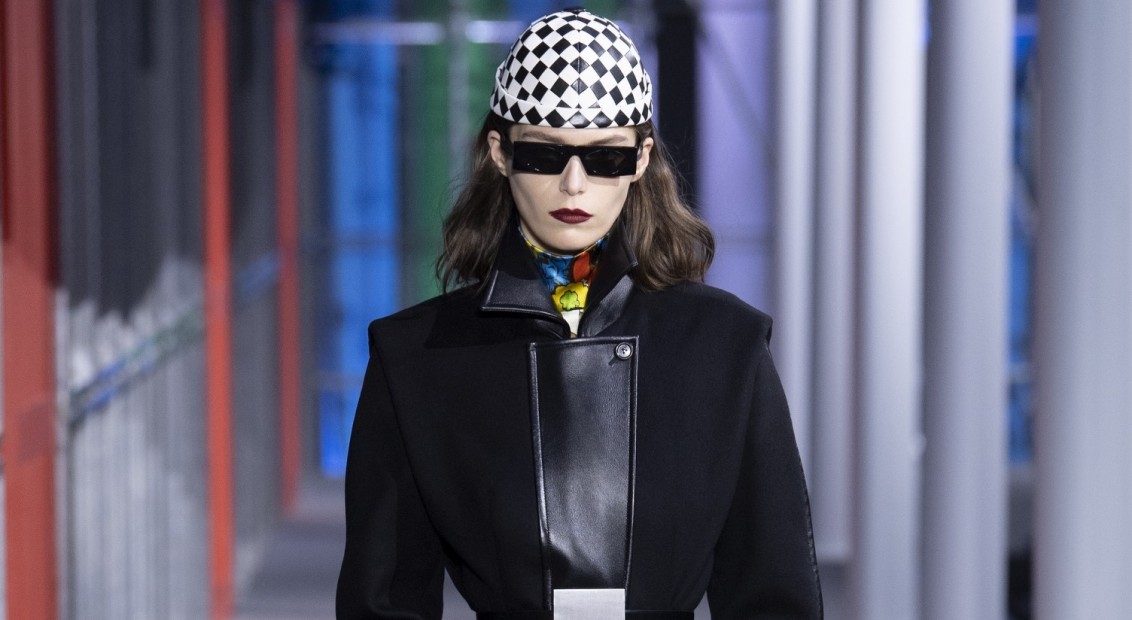 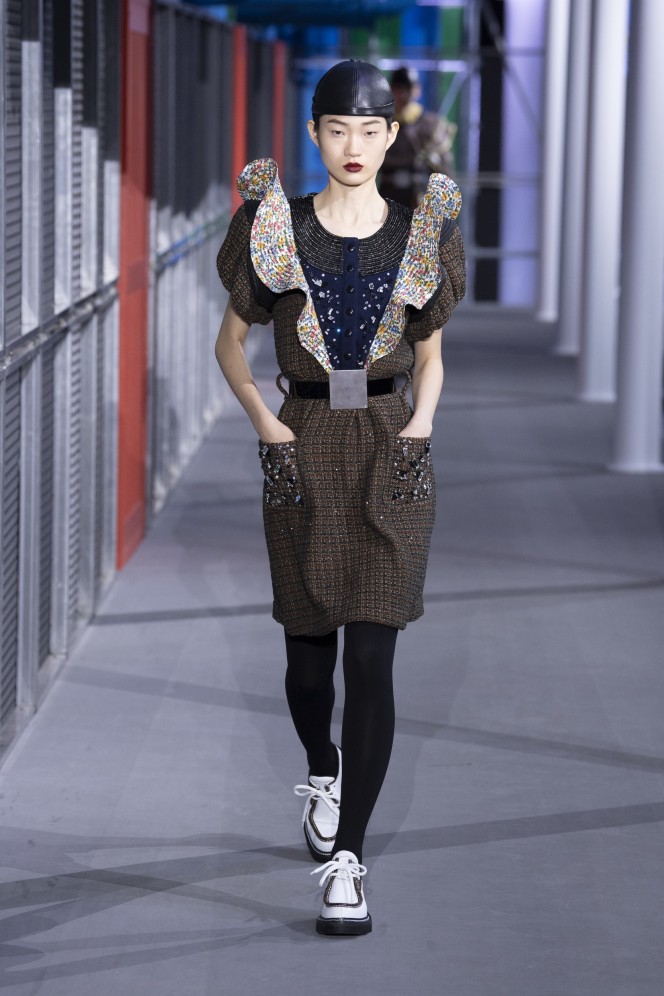 Nicolas Ghesquière harmonised two of Paris’s primary cultural institutions for Louis Vuitton’s FW19 collection. The centuries-old Louvre Museum – established 1793 – was transformed into a dramatic setting which imitated the exterior of the postmodern Richard Rodgers and Renzo Piano-designed Centre Pompidou, completed in 1977. The juxtaposition of the historical and contemporary was intended to promote cultural dialogue.

Iconic colour-coded tubing framed the space: initially, the museum’s functional structural elements were marked according to their function: green pipes represented plumbing, electrical wires are encased in yellow, and circulation elements were red. A tongue-in-cheek video circulated on Instagram before the show – voiced by actor Indya Moore – informed us of these conceptual associations.

This striking colour code was expressed by the clothes presented on the runway. More literal interpretations included leather jackets and skirts printed with graphic, cartoonish representations of the building, while more subtle were the primary-hued threads woven into tactile bouclé mini dresses.

Ghesquière was drawn to the turn of the 80s, when the Pompidou opened. 1970s-tinged ruffled floral-print blouses of the Laura Ashley persuasion were offset by striking blocks of colour and exaggerated shoulders that cited the succeeding decade. The result was a strong and confident expression of femininity, with each model notably wearing flats. The preferred options were point-toe ankle boots and chunky creepers which were teamed with opaque tights in navy and black, grounding even the most extravagant dresses rendered in glittering brocade and sequined tulle.