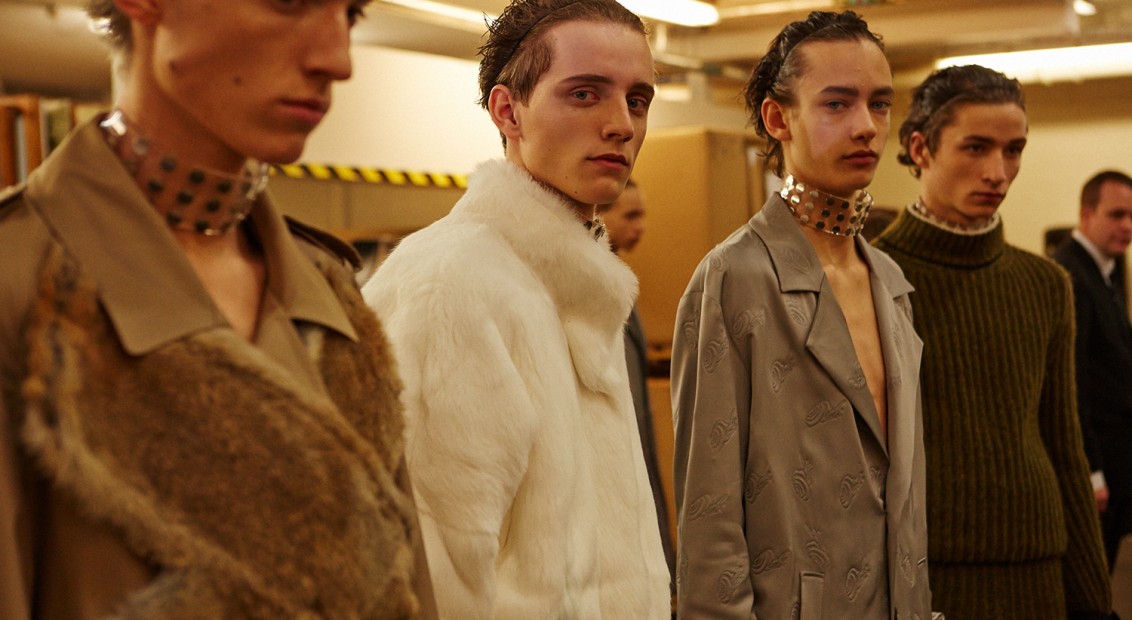 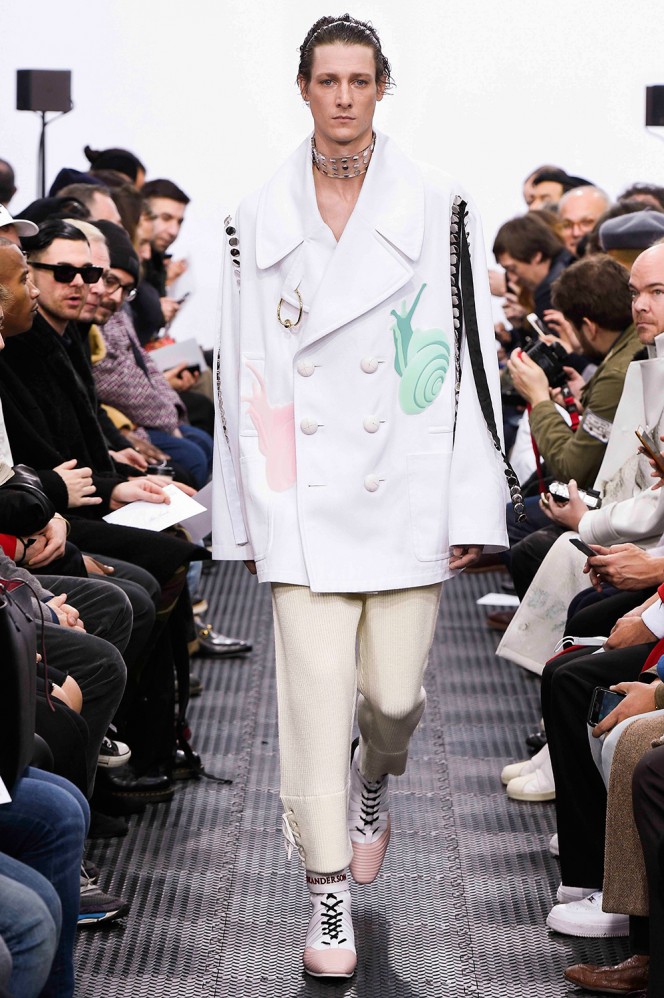 Symbolism was J.W. Anderson’s candidate of manipulation for FW16. The designer looked to culturally specific codes and signifiers and how and why experiences differ between geographical locations.

Cryptic messaging is part of Anderson’s process: on Thursday it was announced that the hook-up app, Grindr, would be pairing with the designer for a live-stream of his show. It’s in line-with Grindr’s play for a more high end image, a pairing that was considered as an unlikely partnership but in many ways makes sense. According to a report in the New York Times, Anderson said he chose the pairing to highlight fashion’s ‘sexy’ side. Anyway, over seven-million users employ the app, it’s great exposure.

Remover by Container blared at the beginning, you could feel the bass. Knowing of the collaboration with Grindr, expectations were high. Would it somehow inspire his designs? Did it mean something deeper? Grindr is symbolic of a generation hooked to the Internet, a cultural reality that Anderson is well tuned into and that surges through his output. 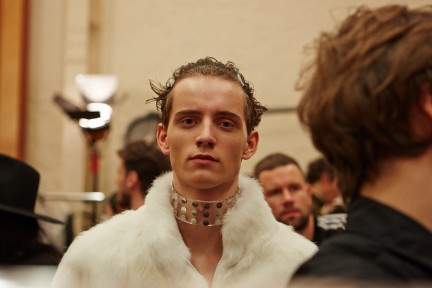