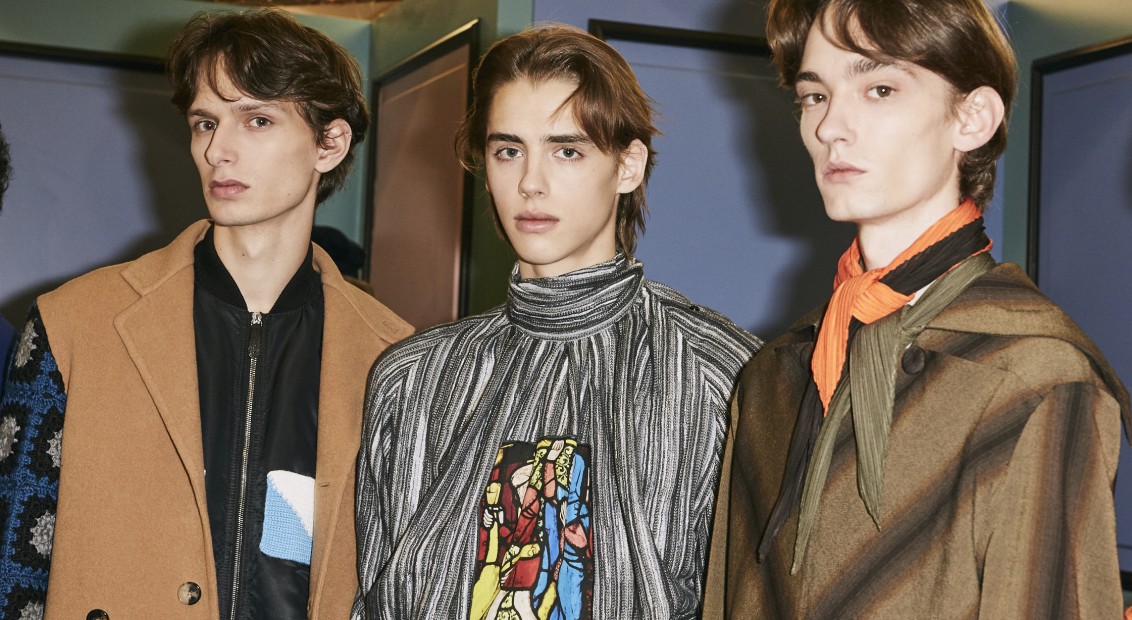 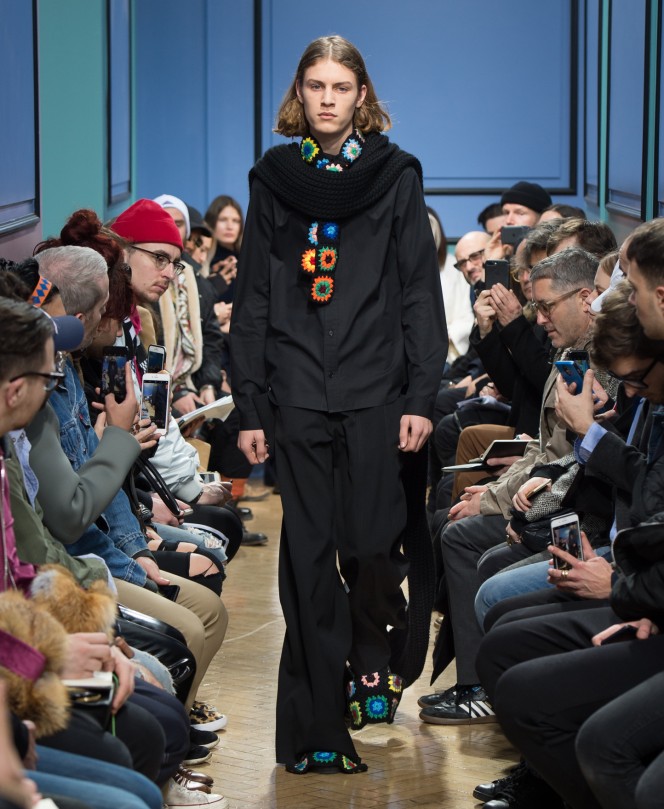 London may be trying to ready itself for Spring, but at J.W.Anderson FW17, crotchet flowers were already in bloom.

Being one step ahead of the curve is nothing new for Anderson, whose agenda-setting output has placed him as one of the most exciting designers in town. Inside a former army building, guests sat within a series of corridors as he revealed his pagan knights of the yarned table.

Anderson’s talent as a curator informs his collections, stitching together seemingly disparate inspirations to create something singular. Here, the main reference points pagan craftsmanship, medieval imagery and two British artists who studied together at the RCA: David Hockney and Patrick Caulfield.

Not managed to join the dots? Anderson has the answers. Think pagan-inspired community craftsmanship, medieval silhouettes, David Hockney’s warped iPad art and that same scarf your nan knits you every Christmas. 2016 has been a turbulent year and for Anderson this collection marked a “clean slate”, emphasised by his young casting and nod to community spirit.

Knits came thick and fast, and from head to toe. Models were wrapped in hefty knits adorned with crochet squares – reminiscent of iPhone app squares, Anderson observed backstage after the show – oversized XXL scarfs that dragged on the floor and playful over-shoe tongues. And this playfulness extended to the medieval references that ran throughout: long voluminous tunics, motifs of knights and deer heads, and stained glass appliqués.

It all stemmed from Anderson’s well-documented fascination with art and craft (look out for the designer’s March exhibition at The Hepworth Gallery in Wakefield), and here he displayed his own handiwork, playing with notions of volume and proportion through layering and contrasting textures. Subversive design is intuitive for this Northern Irish designer, plucking cultural and historical references, throwing them in the mix and seeing what sticks. 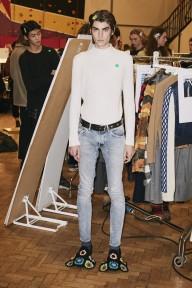