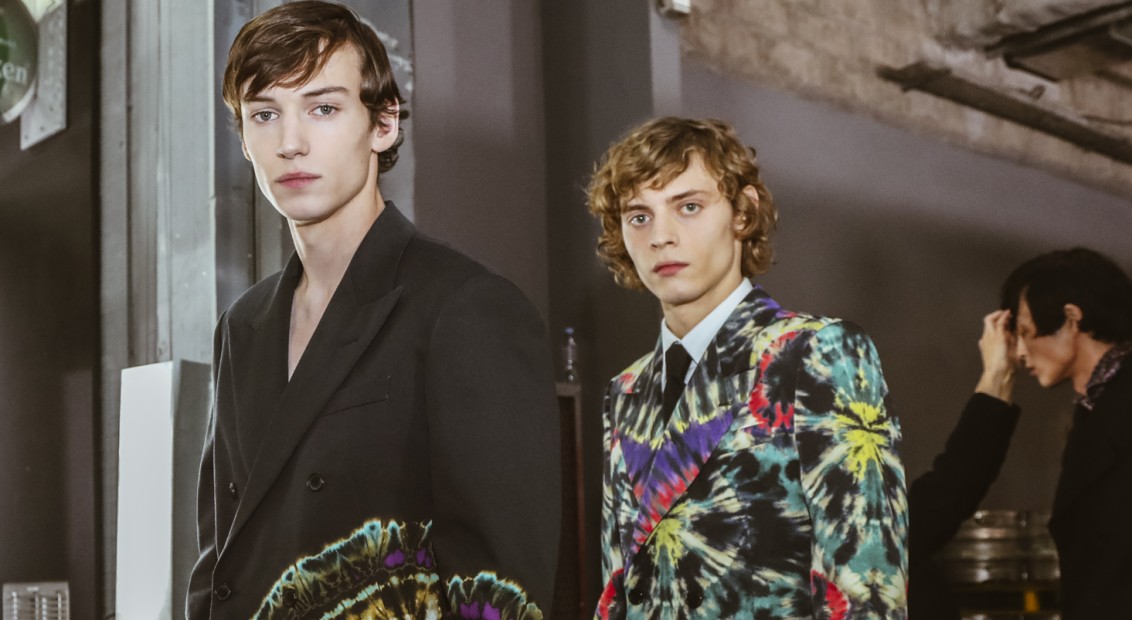 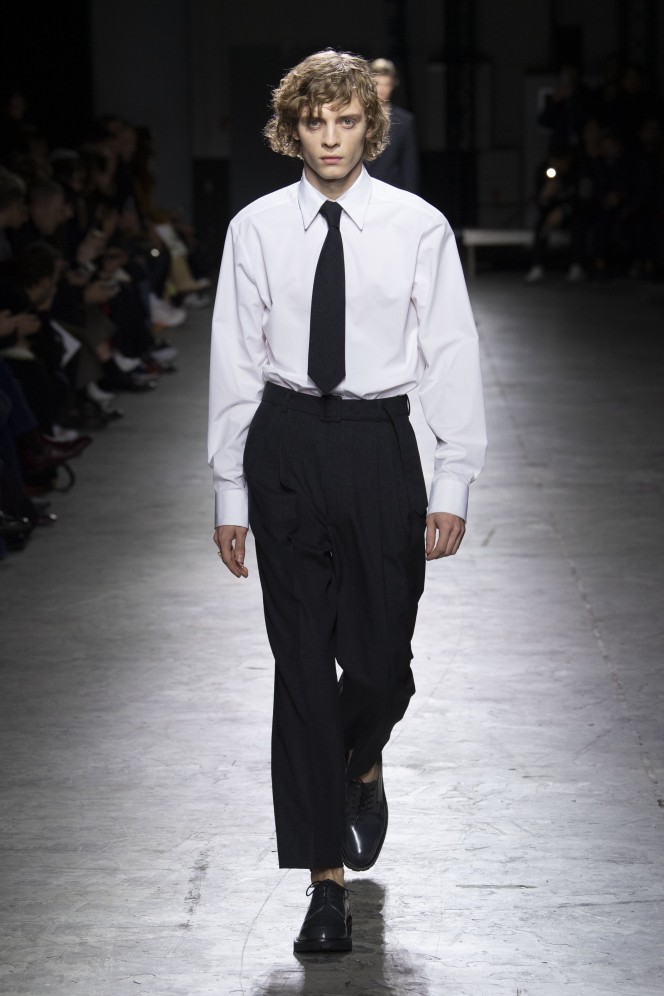 In the show notes, Dries van Noten promised he would be offering “a view on tailoring for the next generation”, suggesting a move away from last season’s kaleidoscopic colour wheel of graphic 60s Scandi vibes. And indeed, for the first run of looks, it couldn’t have been more different: opening with a series of tailored suits and coats in muted colours, it began as a relatively sober affair. After that, flickers of muted tie-dye slowly began to appear. Then the final third of looks came and Dries fell headfirst down the rabbit hole, taking us on a journey into hallucinogenic spirals and kaleidoscopic prints that was pure acid trip bliss. Perhaps we should have known he wouldn’t be able to resist a joyous overload of colour.

Aside from the splashy prints, which are sure to be all over street style images once the next season rolls around, there was a keen emphasis on perfectly realised wardrobe staples. With his reputation as fashion’s king of bold print, it’s easy to forget that Dries can cut a mean suit and trouser but here was a master class reminder from the Belgian. Trousers alternated from loose, billowing cuts to straighter, cropped versions, while a new silhouette saw jackets sliced shorter with straight shoulders that drew in neatly at the waist to create an exact and slightly feminine shape. Some looks also boasted quilted jackets draped across tailoring like puffed-up robes or life jackets and blankets clinched around the waist to imitate skirts.

There was an incredibly comprehensive range of desirable outerwear: silky-soft woolen peacoats in camel and navy blue, lightly padded reversible raincoats nipped in at the waist with wide belts and supremely chic long-line coats with more subtle riffs on the tie-dye motif.

As models walked, snapshot quotes from Van Noten’s idols were sliced together and fizzed out the speakers. From Andy Warhol to Bowie through Yves Saint Laurent, Kurt Cobain and Jimi Hendrix, there was a common thread throughout: men who lived and created on their own terms. Not all heroes wear capes, most would opt for an exquisitely crafted Dries Van Noten suit. 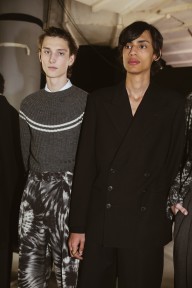