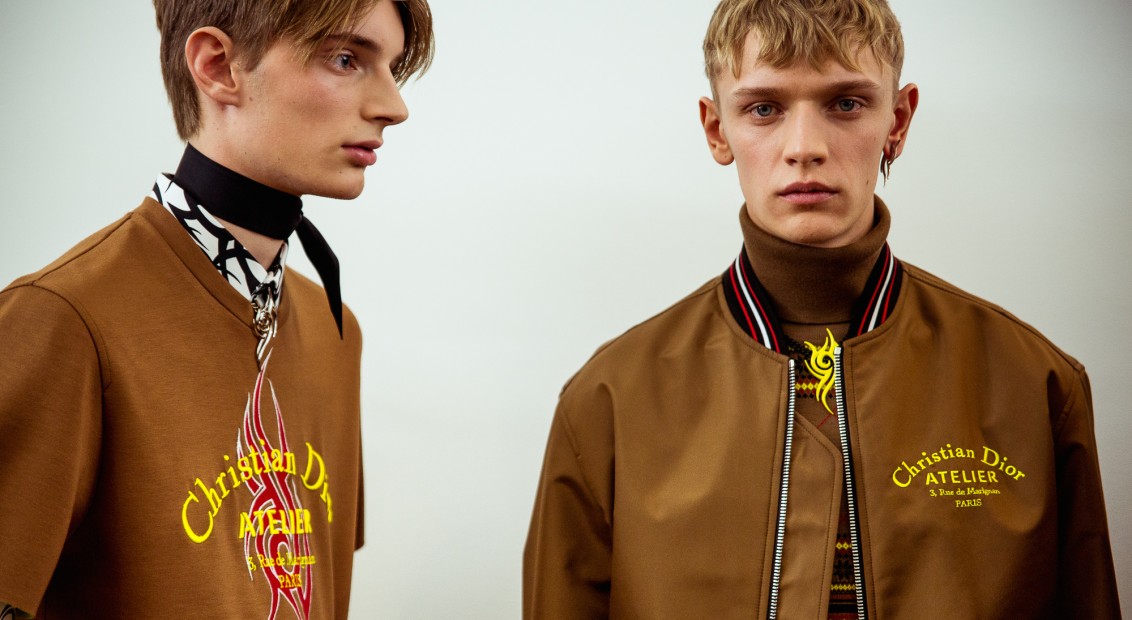 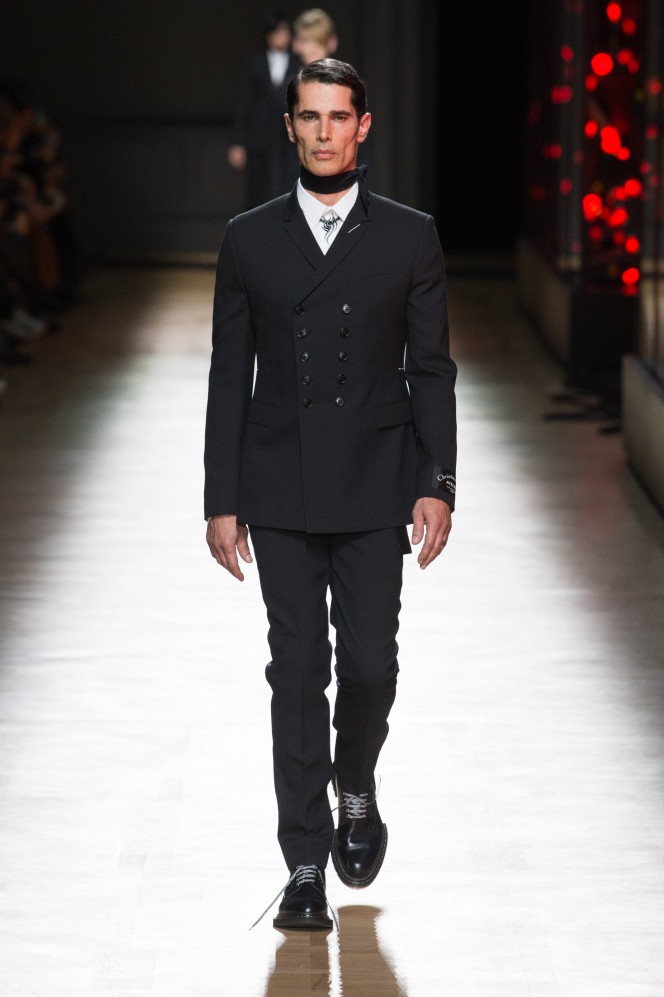 2017 was a year of anniversaries at Dior: Kris Van Assche’s tenth year at Dior Homme and the house’s own 70th anniversary. This major double-barrelled timestamp was celebrated in two shows of epic proportions.

But for Van Assche, and the house he calls home, the party goes on. Which brings us to the FW18 showspace, inside the Grand Palais’ Salon d’Honneur (translation: Hall of Honor). Here, guests sat either side of large glass cases holding multicoloured lightbulbs that blinked in strobe as fog slowly fed in, encasing a euphoric rave atmosphere.

A clever balance between the heritage of the house with his own future vision, Van Assche has consistently proven that he can tread this fine line with respect and innovation, injecting each collection with personal elements that tie back to Dior’s founder. And this season emphasised that as much as ever.

The starting point? Monsieur Dior’s debut haute couture collection featuring his groundbreaking New Look silhouette (where else?). Unveiled in 1949 as the ‘Corolle’ line, this pivotal moment saw the designer place emphasis on the curves of the female form; nipped in at the waist and full-skirted, the collection ushered in a new era, waving goodbye to the formal, utilitarian lines of the wartime silhouette.

So the question was how Van Assche would apply this ultra-feminine shape to menswear. Answered immediately, a series of super-slim tailored looks featuring pulled-in waists that created shape around the hips, broadened the shoulders and gave added length to models’ legs while maintaining an edge of masculinity throughout. A conversation between past, present and future: translation, not reiteration.

“A meticulous deconstruction of the Dior Homme suit finds symbiosis with the symbolism of 90s tattoo culture, pitching the sartorial finesse of the Dior Homme atelier against the tenets of urban nostalgia,” read the show notes. Pitting tailoring against tattooists, the former had had its say, now it was the latter’s move as suiting merged into more casual and sports-infused looks and polos appeared over second-skin long sleeve tops featuring spiked, tribal tattoo-style graphics to create trompe l’oeil layering. These motifs were later reimagined beneath slim-cut suits, shaved into models’ hair, as metallic broaches, and even as a full-look print across one double-breasted look, blending street with sartorial, or, as Van Assche put it, the “call-and-repeat of youth and manhood”.

Flashes of jarring red and green, like jolts of strobe, appeared across shearling coats, sleeveless knits and outerwear with detailing usually reserved for outdoor pursuits. And where the initial looks saw trousers tailored within an inch of their wearer’s skin, slouchy (almost – dare we say it? – Limp Bizkit-esque) denim followed, paired with belts that hung down skater-style and converse-looking sneakers with laces left untied (don’t try this at home, kids).

Living up to the show’s title, “Forever Young”, the model line-up – that included faces of varying age groups, bridging generational epochs – marched with utter confidence to the simultaneous beat of flashing lights and a hands-in-the-air 80s mix that included Pump up the Jam by Technotronic and Snap!’s 4/4 banger The Power. 1949 may have seen the birth of the New Look, but 2018 can now lay claim to the New, New Look. 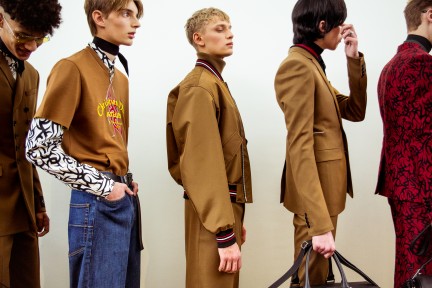