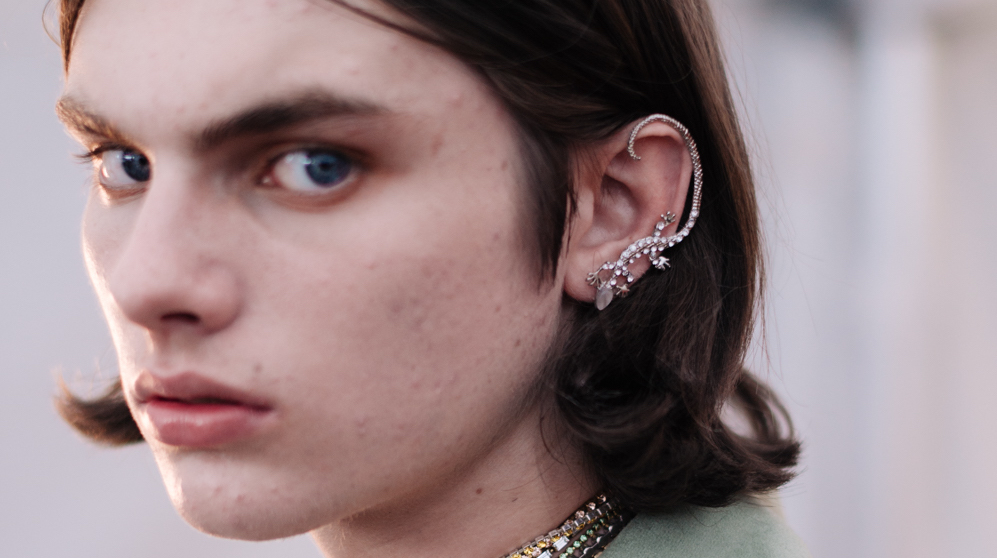 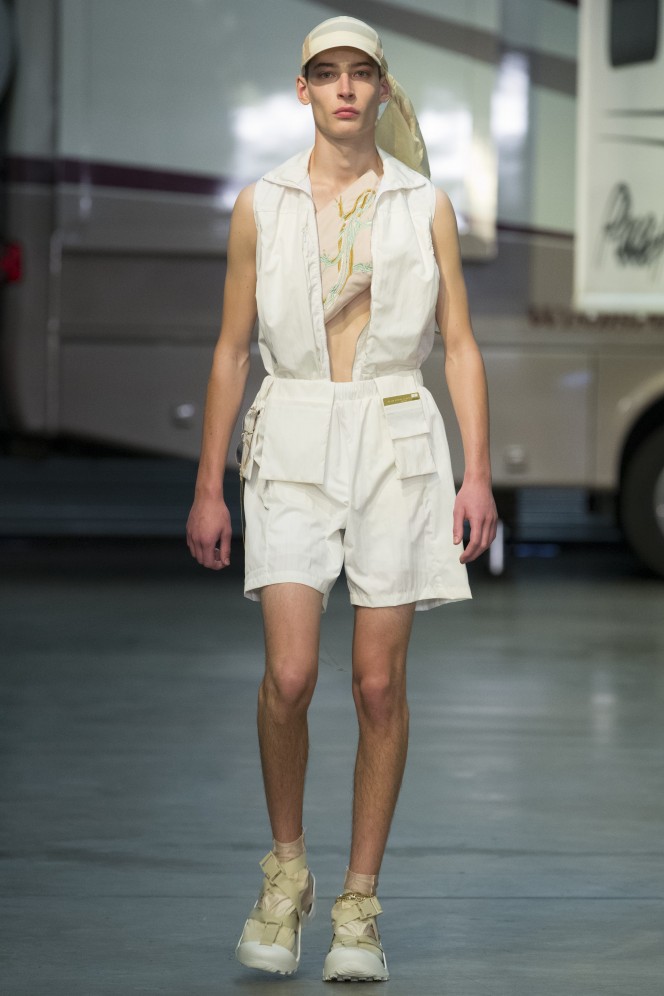 Ben Cottrell and Matthew Dainty, collectively known as Cottweiler, once again teamed up with sports giant Reebok for their SS18 collection at LFWM, following up their first collaboration during Pitti Uomo this past January. The London-based label launched in 2010 and has garnered a reputation for creating concept-led luxe sportswear with an emphasis on simplicity, function, fit and fabrication that counts Fka Twigs and Skepta among its fans.

SS18 took inspiration from off-grid desert communities, Cottweiler teaming up with Reebok to create a capsule line that fused UV protective layers and multi-functional silhouettes, blurring the lines between fashion and sport. This desert explorer idea was visible in the staging of the show with three large camper vans at the centre of the warehouse like space off East London’s Brick Lane. A chime filled soundtrack set a dreamy mood as models presented the 22 looks.

The desert theme carried over with the use of multi functional fabrics in a palette of muted khaki and stone tones (punched up with pops of bold orange), a lizard motif that featured in print form and as jewelled brooches (on garments and bum bags) and use of flowing caps. Among the most eye catching looks was the orange plastic cape-poncho hybrid teamed with tonal panelled mesh shorts and trainers, a look that gave off serious festival vibes, apt for a rainy Glasto. 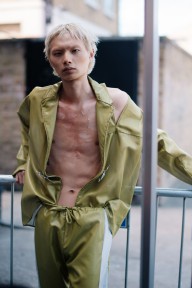