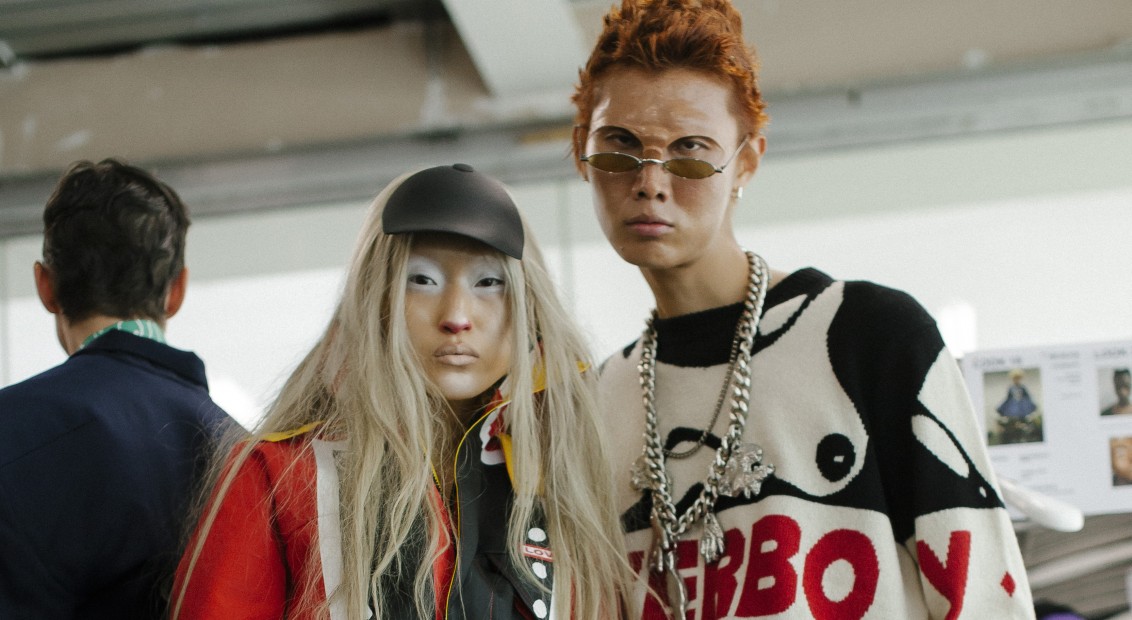 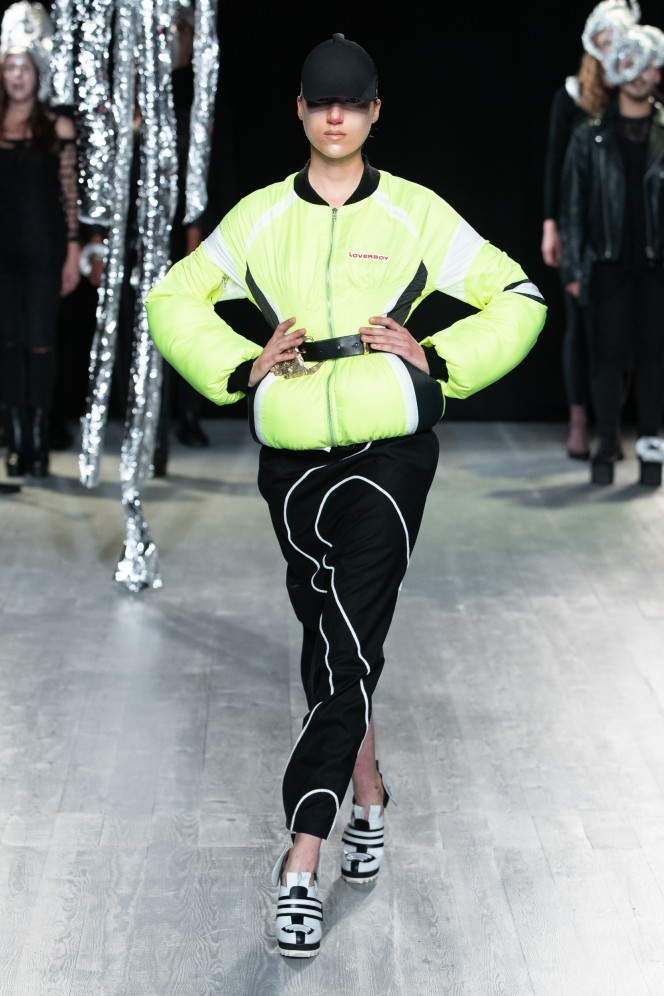 Charles Jeffrey has gone intergalactic. With the help of his usual collaborators, set designer Gary Card and choreographer Theo Adams, it was the designer’s most outlandish show yet: there were dancers stationed along the runway writhing on the floor, a choir in tin-foil hats providing the music, alien-like facial prosthetics and huge sculptural headpieces that resembled rock formations.

Perhaps the most surprising (and successful) step forward was the brand’s first venture into sportswear: a standout look was a fantastical twist on a navy nylon tracksuit, with a patterned collar and curlicued scribbles across the shoulders and arms echoing a traditional military jacket. Another highlight was a series of crinolined dresses and jackets inspired by Louise Bourgeois, stuffed with piles of fabric that fell out almost like garbage; a darker underbelly of Jeffrey’s post-gender utopia.

Beneath these grand theatrical gestures, however, were more restrained pieces that will be catnip to Jeffrey’s rapidly growing customer base. Graphic knitwear and knee-high socks emblazoned with the Loverboy logo and playful tailoring with patches of the house tartan offered a more wearable take on his signature style. It’s was fun to witness the full flamboyance of Jeffrey’s self-described “sci-fi Xanadu”, but it’s reassuring to know he’s got his eye on more down-to-earth looks too. 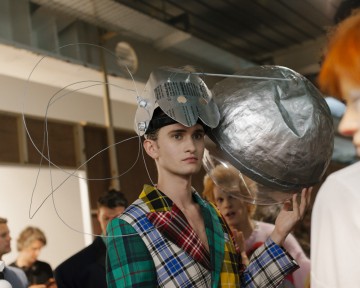