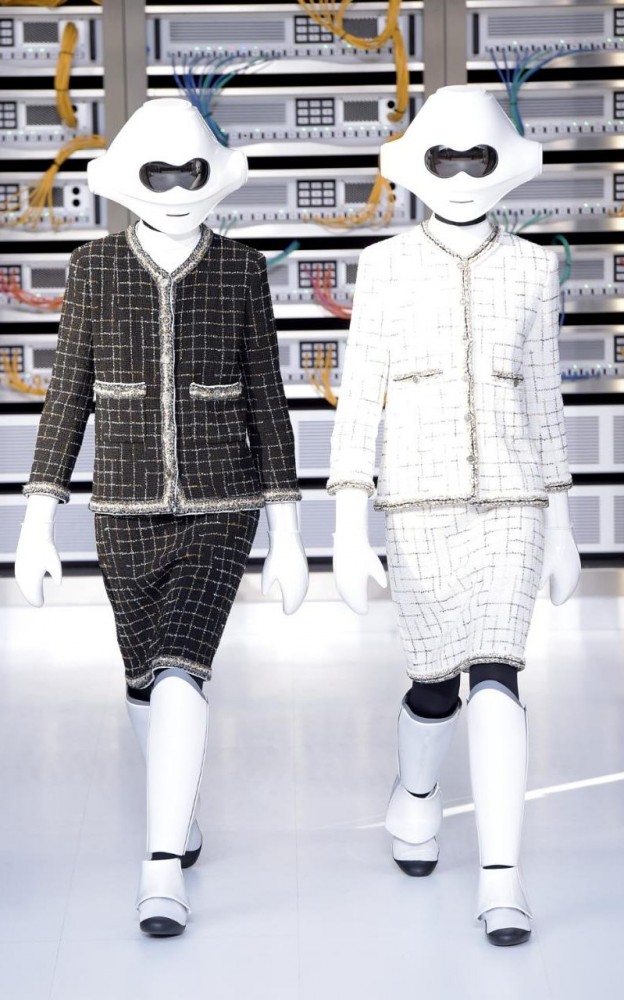 Each season Karl Lagerfeld creates a set of monumental proportions, making Chanel one of the most anticipated shows on the Paris schedule.

The German creative director takes mundane, everyday situations and turns them into chic extravaganzas, leaving spectators in a state of wonderment. His FW14 collection was presented in a fabricated supermarket, where showgoers explored aisles full of real Chanel branded groceries and for SS16 he transformed the Grand Palais into a meticulous airport complete with a departures lounge and flight attendants.

This morning, we stepped into Largerfeld’s Chanel Database Centre, a place where technology met fashion before our very eyes. Rows of glistening computer servers lined the runway, twinkling and humming with reams of brightly coloured wires bursting from the circuit boards.