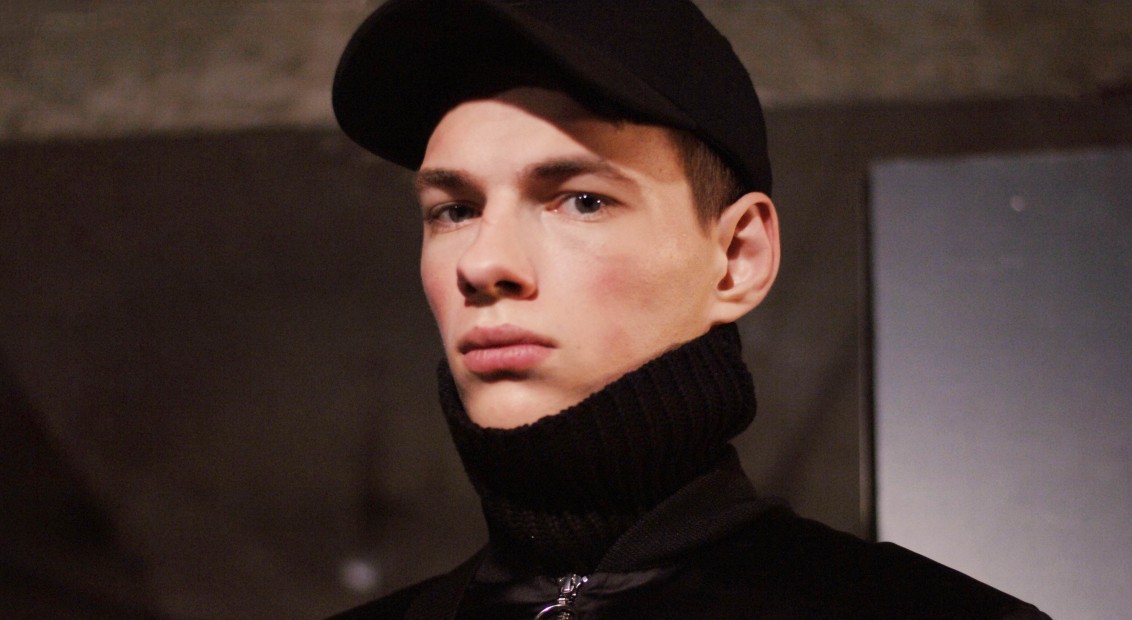 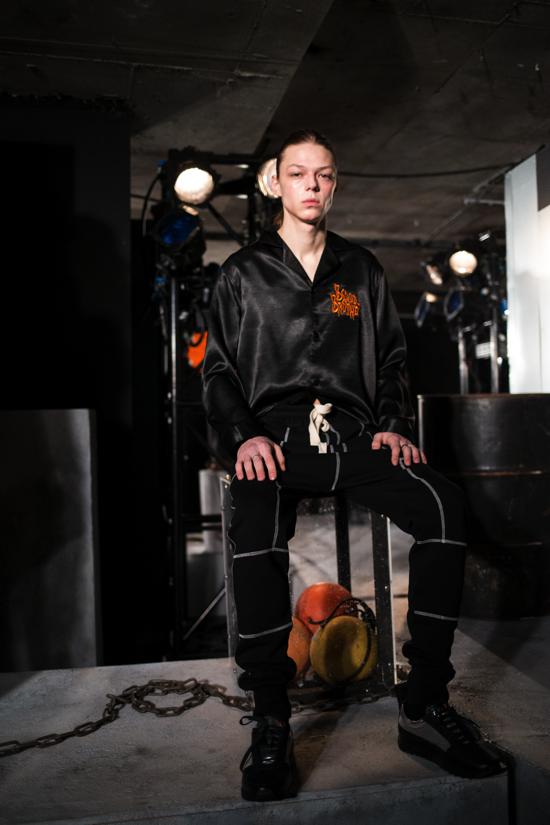 Blood Brother has come a long way since starting out as a t-shirt brand in 2011. In the short years since they have expanded into full collections, and branched out with a retail space in East London. This season, they continued their journey, welcoming attendees to a river-themed space for a collection titled ‘Thames’.

Founders James Waller and Nick Biel decked their riverside venue with rusted barrels, chains, ropes and other river detritus, while velvets and silks replicated the mossy texture of submerged objects. Models fitted right in, wearing tones of orange, blacks and petrol purple. Their utilitarian looks were succeeded by details like pockets strapping and contrasting fabrics like jumbo cord paired with waxed cotton. Pairing silks with sportswear finishes, and tailoring with Blood Brother’s signature oversized coats, the boys could have passed for urban sailors, ready to head downstream, to the office, or out.

The River Thames is an iconic landmark in London’s heritage, the original route for international trade into the city. Considering that textiles imports have made up such a major part of its legacy, Blood Brother’s collection tribute was a fitting. In light of ongoing questions over Brexit, it also presents a timely message about the past, and future, of EU trade in the UK. 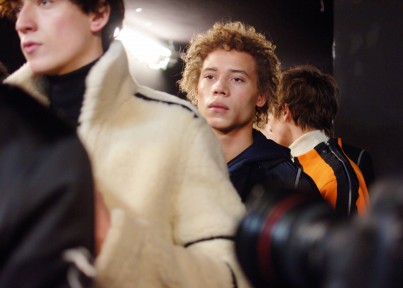