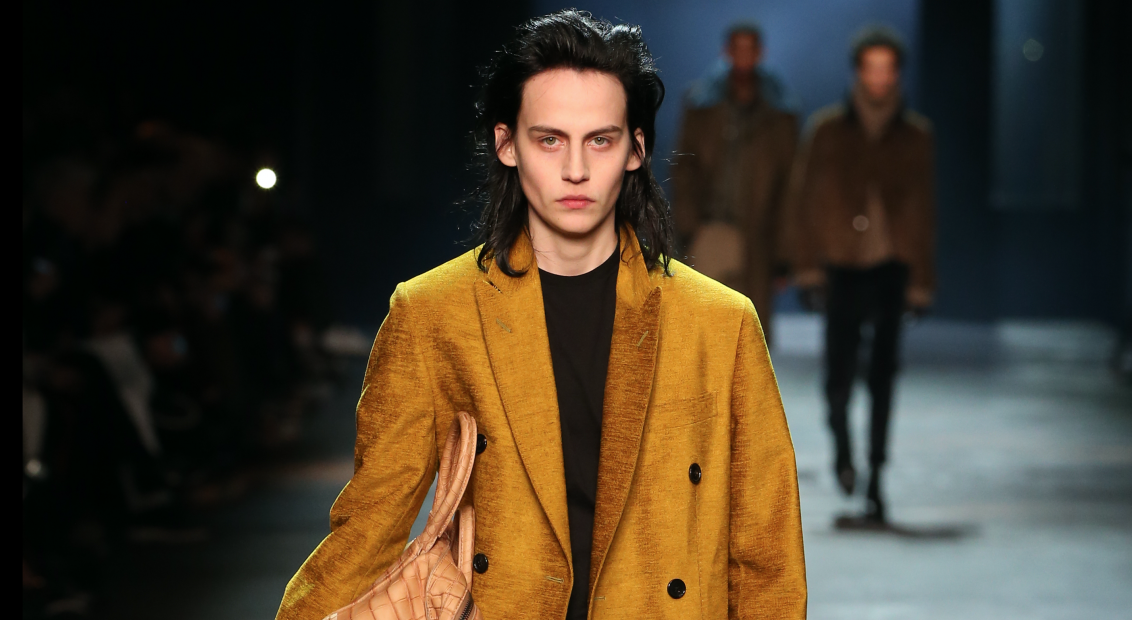 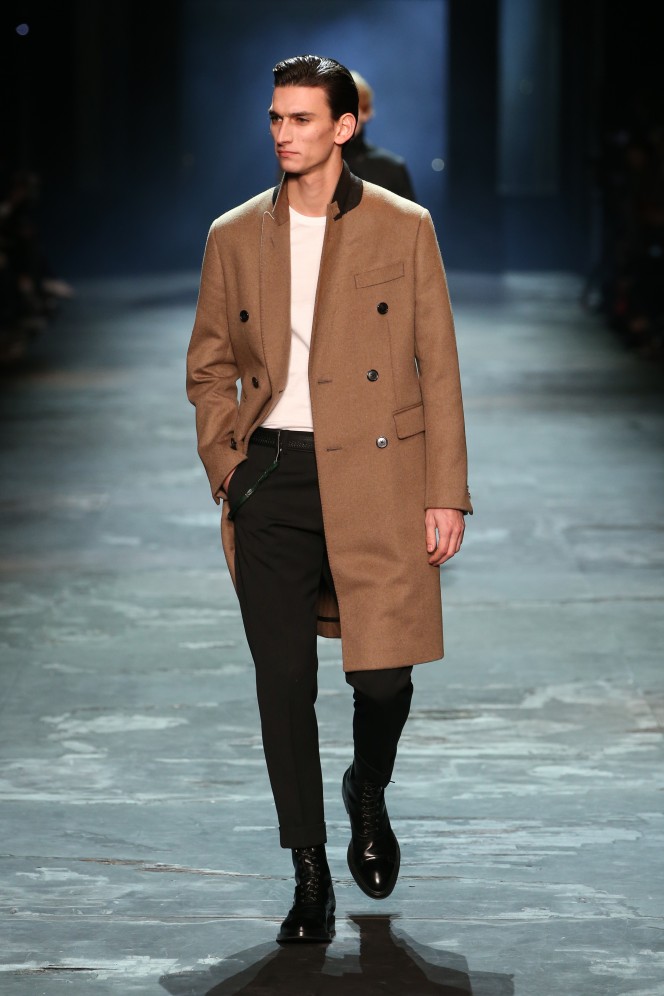 It was a big moment for Ackermann, who until now has solely designed for his eponymous label, which he founded in 2003. “As a designer, you have a kind of language, and I want my language to fit with the codes of the house I am working for,” Ackermann told HERO in Issue 16, shortly before the Berluti announcement. “I just want to do something when I’m really clear it’s right. When I do something like that it will be a challenge, and something people might not expect.” Indeed, Ackermann has always gone by his gut. The Colombia-born designer ran his womenswear label for ten years before officially launching his menswear line. In that time, the rumour-mill connected his name with numerous houses, the assumption being that any role he took would be within the womenswear realm. Berluti may have been a curveball, but yesterday he proved it was the right one.

Archetypal menswear silhouettes were given the Ackermann treatment: tailored jackets and coats with exaggerated shoulders and dramatic collars. There were vivid jolts of colour: purple velvet (an Ackermann signature), canary yellow panelling on outerwear, and bright blue silk suiting, the colour palette cited as a reference to the works of Francis Bacon. Though bold, these accents made sense – flourishes that were sensitive to the eclectic classicism of the Berluti house. It was founded as a footwear label in 1895 by Italian Alessandro Berluti, who honed his craft in Paris at the turn of the century – a time of momentous cultural and creative change, when dandyism was encouraging gentlemen to step out of their refinery. The eclectic energy that Berluti picked up in his early career carried through his namesake brand, creating beautifully crafted shoes and leathergoods with flair.  In 2012, Berluti menswear launched.

Yesterday, Ackermann stepped things up. There were all the hallmarks of a Berluti prêt-à-porter collection – earthy hues of rust and ochre, lush leathers, impeccable craftsmanship – but with a rock ‘n’ roll flavour. Like a buttery suede trench, collar notched up, the slight shimmer of a silk trouser underneath. A woollen parka, moving on the model to reveal a flash of teal fur lining. And the leather guitar case, slung over a tailored shoulder.

In this way, Ackermann’s clothes have always been defined by his love of movement; the way a fabric shifts on a runway to reveal something secret, like something just out of frame. Here, he injected Berluti’s craftsmanship with that motion and attitude. Like Look 29 – a slimly tailored three-piece suit, shirt half untucked, shoulders grazed with the model’s bleached hair. For the eagle-eyed, a cigarette could be seen balanced between his fingers.