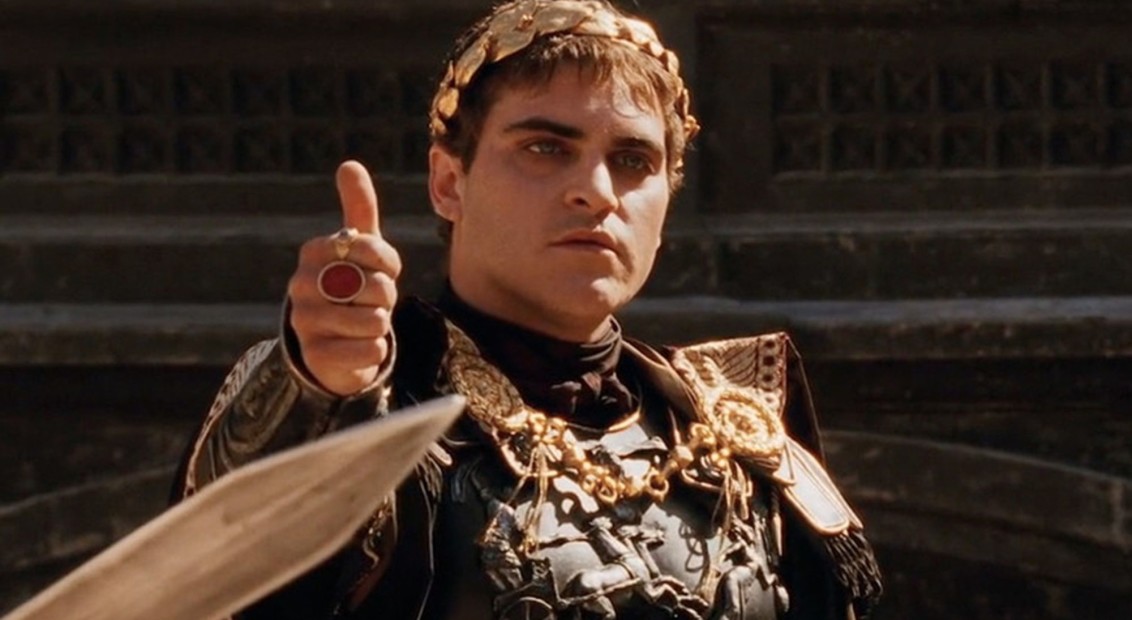 In October last year, news broke of a planned Napoleon Bonarparte biopic directed by Ridley Scott and starring Joaquin Phoenix as the infamous Emperor. Now, the project (entitled Kitbag – more on that later) appears to be gaining momentum after it was recently announced that Scott had successfully sold the film to Apple Studios.

On the surface, it’s a project that makes sense all round. Joaquin Phoenix’s star has shone for well over a decade now, with a seemingly boundless ability to morph into any leading man. He has emperor experience to boot of course, having received an Academy Award nomination for his portrayal of Roman Emperor Commodus in Gladiator, directed by Scott in 2000. Phoenix has since backed that performance up with a string of intense, character study masterclasses. From Johnny Cash in Walk the Line (James Mangold, 2005), Freddie Quell in The Master (Paul Thomas Anderson, 2012), Joe in Lynne Ramsay’s You Were Never Really Here and most recently as the eponymous green-haired villain in Todd Philips’ Joker, Phoenix excels in anchoring a film with dark and festering performances. 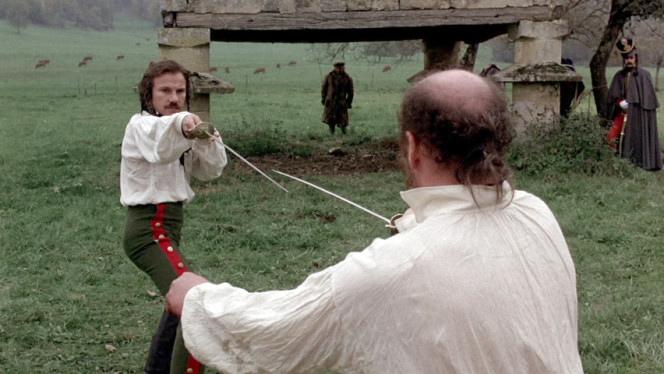 Still, The Duellists by Ridley Scott, 1977

For Scott, this biopic is just the latest in a long-running series of historical narratives. There was the aforementioned Gladiator of course, but more recently Scott has completed production on The Last Duel, starring Matt Damon and Adam Driver, based on a famous 12th century duel and the last to be officially sanctioned in France. Add to that The Duellists (1977), Scott’s previous venture into Napoleonic France with a tale centred on the life-long rivalry between two generals serving under the Emporer, and the current project would appear to be in the best of hands.

Kitbag takes its name from one of Napoleon’s many mythologised sayings, “There is a general’s staff hidden in every soldier’s kitbag,” and is reported to delve into Napoleon’s volatile relationship with his wife, Josephine. Beyond his failed marriage, the details surrounding Kitbag remain sparse and it remains unclear whether the biopic will opt for a cradle to grave approach over a more detailed look into any one of the fascinating periods of Napoleon’s life. Having led one of the most successful military campaigns Europe has ever seen between 1804-1814, Napoleon widely revered as one of history’s all-time genius  military tacticians. And yet, following his time as Emperor, Napoleon was famously exiled to the remote South Atlantic island of Helena, where he died aged 51. It’s fair to say Scott won’t be short on source material.