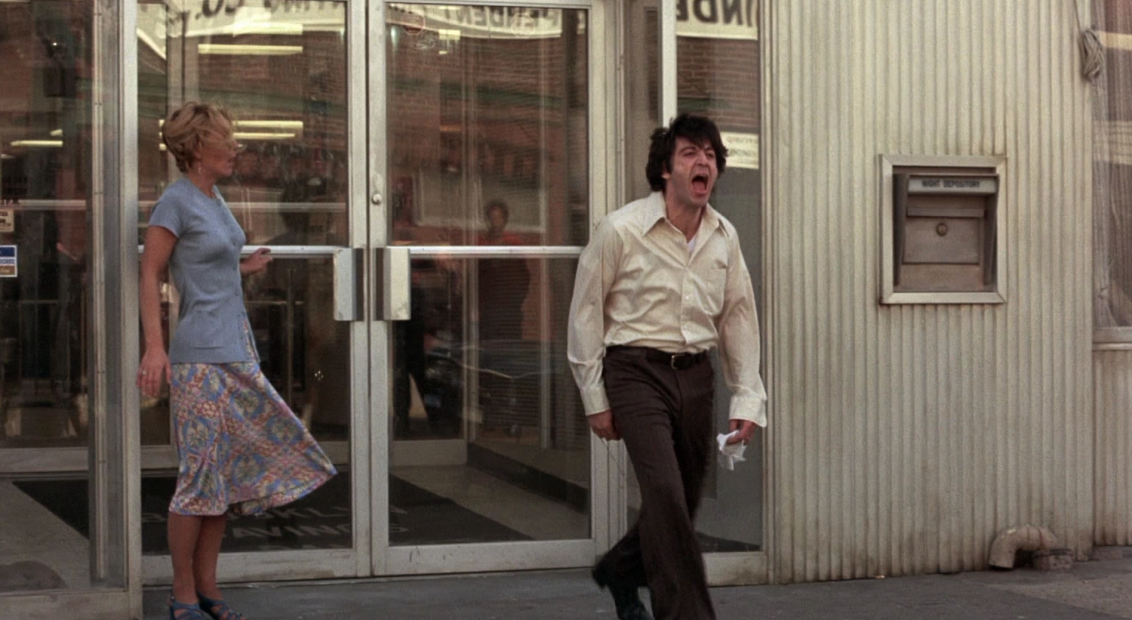 By the time Dog Day Afternoon was released in 1975, it was clear that Al Pacino was destined for great things. Three years earlier he’d taken the industry by storm alongside Marlon Brando in The Godfather as a relative unknown. If that performance demonstrated his promise, Dog Day Afternoon more than confirmed it.

Based on true events, Dog Day Afternoon belongs to a particular canon within American film making that dealt with the drastic socioeconomic fallout of the Vietnam War. Al Pacino stars alongside John Cazale (who, for all Pacino’s deserving plaudits, is equally brilliant) as the real-life duo of first-time crook Sonny Wortzik and his friend Salvatore “Sal” Naturile, both Vietnam vets struggling to adjust to life back home. Desperate for cash, their debut heist attempt is littered with amateur mistakes and both men struggle to maintain control of a situation that veers wildly off-plan from the beginning.

Full of unexpected humour and a scene we’re convinced provided the blueprint for a pastiche version in Steve Coogan’s Alpha Papa, Dog Day Afternoon epitomises the 70s zeitgeist with its anti-authoriarain overtones and decaying depiction of New York City. 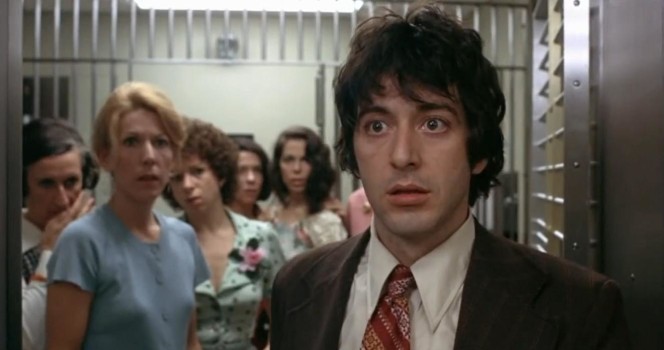 Mathieu Kassovitz started writing the script for La Haine on 6th April, 1993, the day Makome M’Bowole, a young man from Zaire, was shot while in police custody in Paris. This was the latest in a long history of police violence throughout France, and the final straw for Kassovitz. Filtering with that anger, two years later the young filmmaker served up a gut-punching slice of social realism in his stunning black and white epic La Haine.

A fearless depiction of a community previously ignored by mainstream cinema, the film explores the often riotous relationship between disenfranchised French youth and the police via the story of three young mixed-race friends in the housing projects (banlieues) outside of Paris.

When reflecting on the film, take note of the year it was released: a series of shootings and bombings took place across France in the summer of ’95, which may have been liked to the Algerian civil war. Stoking tension and fear, the country was also halted by nationwide strikes provoked by the austerity measures introduced by prime minister Alain Juppé

When premiered at the Cannes film festival, the police on duty turned their backs on Kassovitz and his crew, perceiving the film as an anti-police polemic, encouraged by Jean-Marie Le Pen, then leader of the Front National. Kassovitz brushed this aside, knowing that he’d made a work of the highest integrity and importance. It’s a tense, rough ride, but one as poignant and timely as ever. 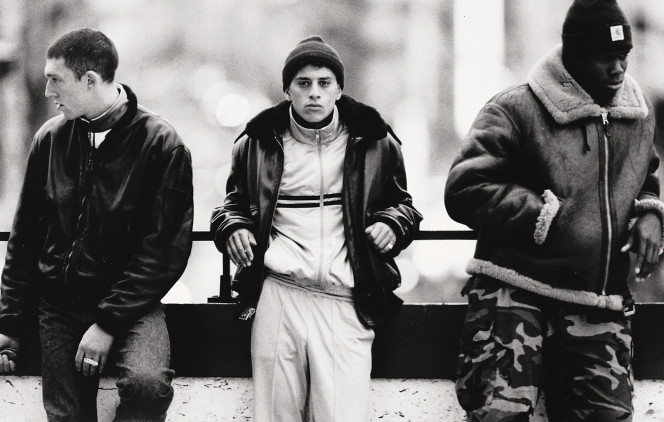 Incase 2020 hasn’t left you with enough nightmares, prepare to enter the futuristic urban dystopia that is Fritz Lang’s pulp nightmare Metropolis (1927). The plot: a lovely, cultured utopia exists above a grim underworld populated by mistreated workers; and while those above dance and frolic, the masses beneath are forced to slog away in barbaric conditions – you don’t need a degree to reveal the sociological undertones at play. Perhaps best known for the imagery of wondrous golden female robot, Eve, played by Brigitte Helm, the film set the agenda for years to come.

Ahead of its time, Metropolis contains many shadows of cinema yet to follow it – it’s the origin of a hefty slice of modern cinema. At a whopping five million Reichsmarks, Metropolis was the most expensive film to have ever been released at the time –and you can tell. Each frame of this classic is drop-dead stunning and the set itself? Epic. The architectural template for all futurist filmic cities since; from Batman to Blade Runner through The Matrix, they all owe Lang a big ol’ high five. 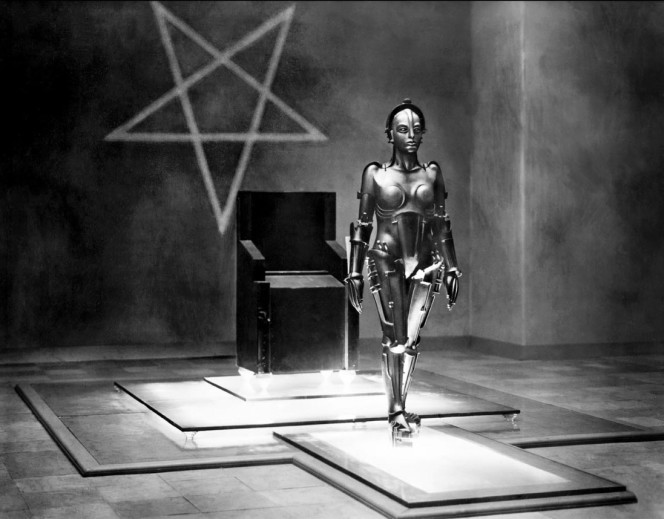