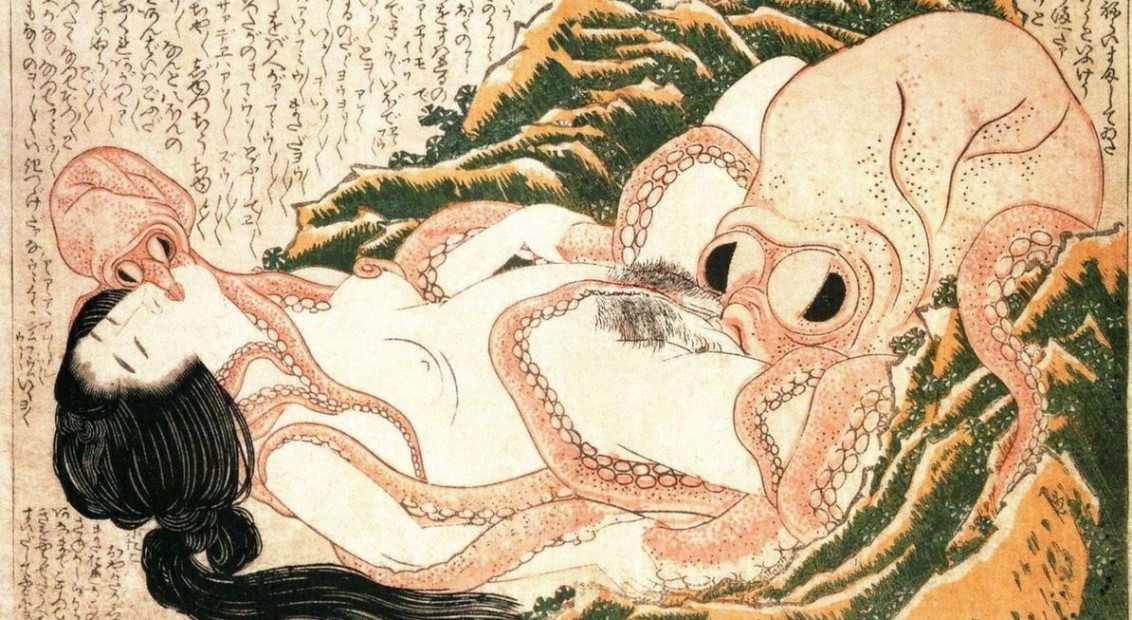 Chances are, you’re already familiar with the work of 18th century Japanese artist Katsushika Hokusai even if the name draws a blank. Very few artists can claim ownership over a single work that resonates globally as their undisputed signature, but Hokusai’s 1831 woodblock print of an enormous frothing wave cresting over Mount Fuji is unquestionably one of them.

Hokusai, who was born in 1760 during Japan’s Edo period, was obsessed with Mount Fuji throughout his life. His monumental series of landscape prints, Thirty-Six Views, is entirely focussed on the holy peak, offering 36 different perspectives that range in distance, location, season and time of day. It is within this series that The Great Wave off Kanagawa originates, ultimately marking the moment Hokusai’s work found success abroad while affirming his status as one of Japan’s most important artists.

The influence of this iconic woodblock print has not only resonated across the visual arts, but successfully bled into other disciplines, having inspired both Debussy’s 1905 symphony La Mer (The Sea) and Rainer Maria Rilke’s 1907 poem Der Berg (The Mountain). 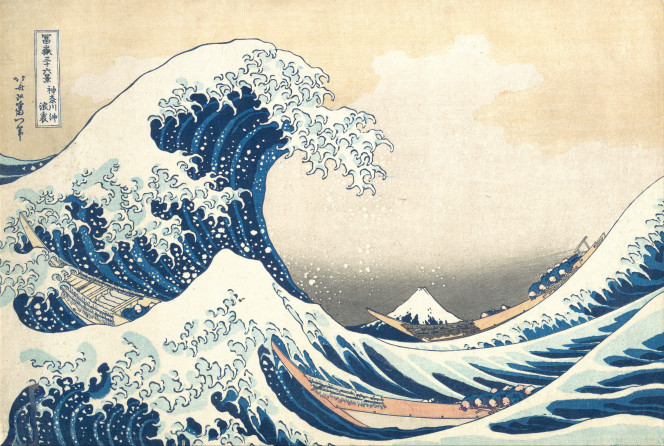 As skilled with a chisel and mallet as he was with pencil and brush, Hokusai’s work spans illustration, drawing and painting as well as his signature wood prints. While his early career is marked by conventional depictions of courtesans and kibuki actors, Hokusai is most revered for his landscapes and observation of everyday life from a wide range of societal perspectives.

Like any icon, his legend is buttressed by no shortage of myth. Among them: that he painted a portrait of the Buddhist prelate Daruma that was over 200 square meters, and that he once chased a chicken, with its feet painted red, across one of his enormous canvas to create the effect of falling autumn leaves. 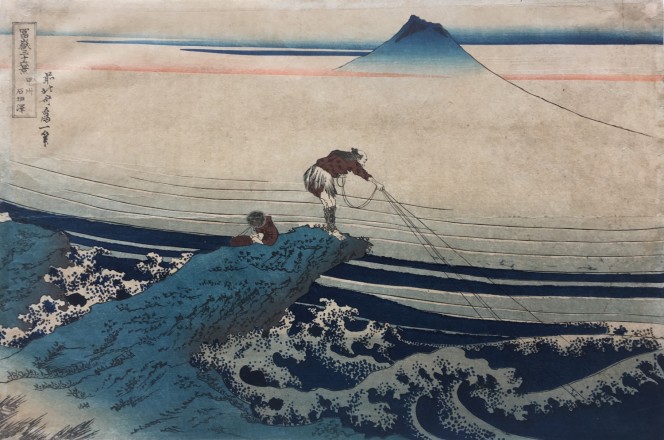 Although he would become a hugely influential figure in western art, shaping the emergence of Impressionism and the work of artists like Claude Monet and Pierre-Auguste Renoir, Hokusai, like any great artist, had his rebellious phase. This arrived in middle age, once Hokusai had began producing illustrations with popular Japanese novelist Takizawa Bakin that greatly enhanced his domestic reputation. The partnership would ultimately end in acrimony, with a petty dispute over artistic control, but Hokusai didn’t let his illustration talent end there. 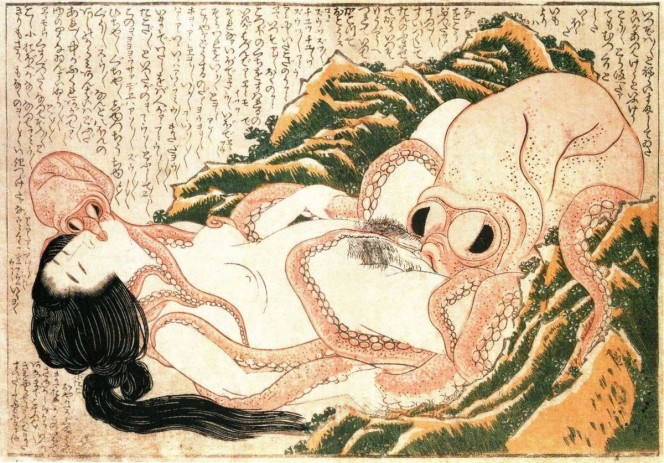 Katsushika Hokusai, The Dream of the Fisherman's Wife from Kinoe no Komatsu, ca. 1814

The undisputed highlight from the series came with The Dream of The Fisherman’s Wife, which shows a woman lying on her back with the tentacles of two octupi entangled around her naked limbs. The illustration is among the most famous of all shunga prints, and is based on an ancient Japanese myth of female self-sacrifice.

The medieval tale of Taishokan, which is traditionally performed in Noh theatre, sees the fate of a royal couple’s son tied to a precious jewel stolen by an underwater dragon king. The queen enlists the help of a diver woman to reclaim the jewel, but before she can escape the dragon king’s underwater kingdom, she is slain at the surface in the scene depicted by Hokusai. When her body is found however, the precious jewel is discovered within her chest, the diver having sacrificed herself by cutting open a cavity to conceal it.