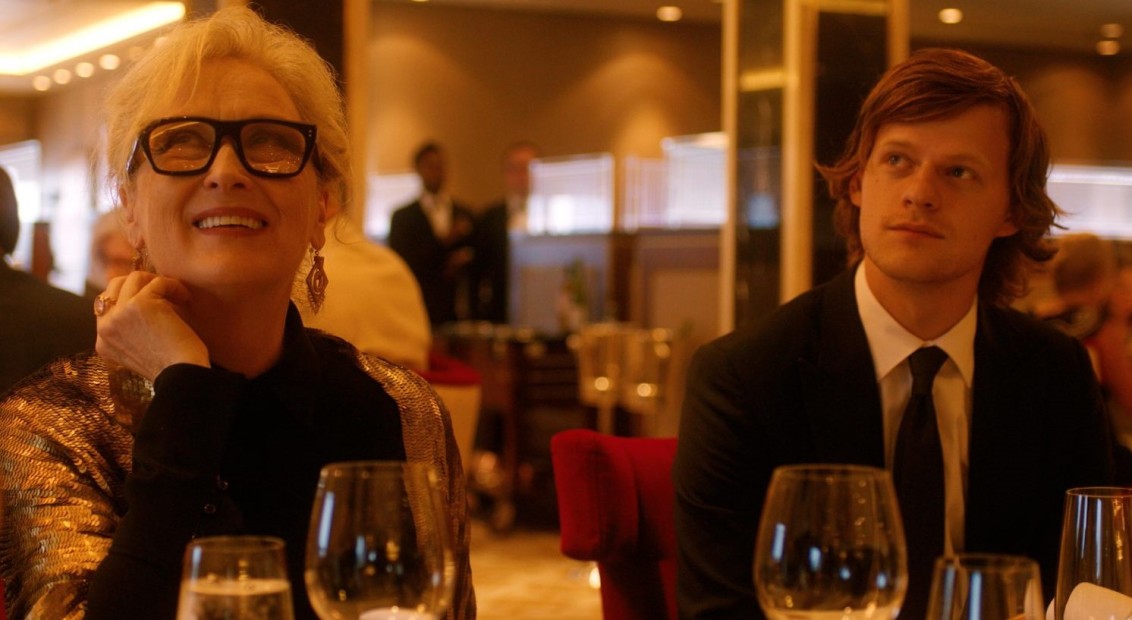 Let Them All Talk

Let Them All Talk

Scheduled for release on 10 December via HBO’s fledgling streaming service, Let Them All Talk is the latest film from American director Steven Soderbergh (Ocean’s Eleven, Contagion) starring Meryl Streep, Candice Bergen, Dianne Wiest and Lucas Hedges. In spite of its A-list cast, the film was shot on virtually no budget, with an improvised script and Soderbergh taking over all aspects of production.

According to HBO’s synopsis, the story follows an acclaimed author (Streep) as she encounters a substantial crossroad in her life. Having tantalised everyone for years with hints about writing her next novel, the vultures (AKA literary agent, played by Gemma Chang) begin circling, eager for her to put pen to paper. Opting for a nostalgic remedy, she sets up a re-union aboard a cruise with two of her oldest girlfriends (Bergen and Wiest), where she is also joined by her agent and nephew (Hedges).

Soderbergh is renowned for encouraging improvisation on his sets (remember those solo routines from Magic Mike? Of course you do) and his latest film is no different. In an interview with Entertainment Weekly, Streep revealed that Soderbergh would provide a rough outline for where a scene might begin and end, but everything in between was left to the actors. The non-existent script was mirrored by the absence of equipment and usual film-making infrastructure. According to Wiest, “The only equipment was sound equipment. Steven held the camera in a wheelchair and just rolled along. None of the lights, and the trucks, all that stuff that goes into making movies, there’s none of it. There was Steven and this new camera.”

After previously stating his desire to take time away from film making, Soderbergh is firing on all cylinders, with another film currently in the works at HBO Max entitled No Sudden Move, starring Don Cheadle, Benicio del Toro, David Harbour, Jon Hamm and Ray Liotta.

Let Them All Talk premiers on HBO Max on 10 December.