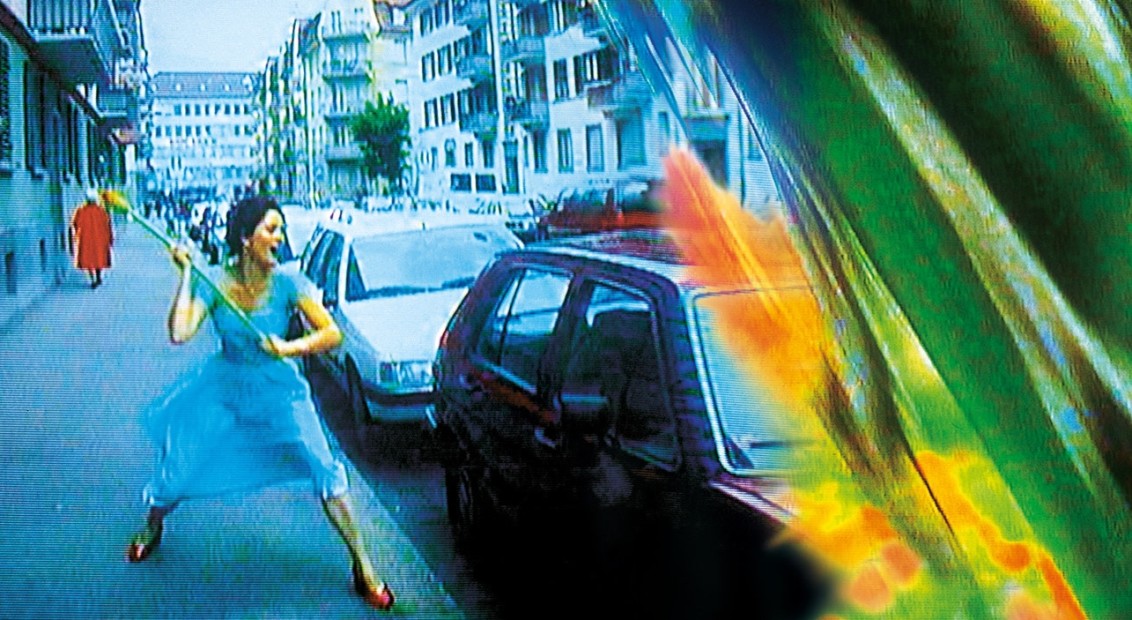 Through a combination of video and installation, Swiss artist Pipilotti Rist creates vibrant, immersive and thought-provoking works that pose difficult questions about women’s bodies. Alongside Korean artist Nam June Paik, Rist stands as a true pioneer of video art, having continually pushed the medium’s boundaries since she began experimenting with single channel films at college during the 80s.

Back then, Rist made short Super-8 films using grainy clips from MTV and old advertisements that she overlaid with music from Vienna’s underground rock scene. With their sense of disjointed experimentalism, those early projects were unlike anything that had come before and set the tone for a career that has never stopped taking risks. 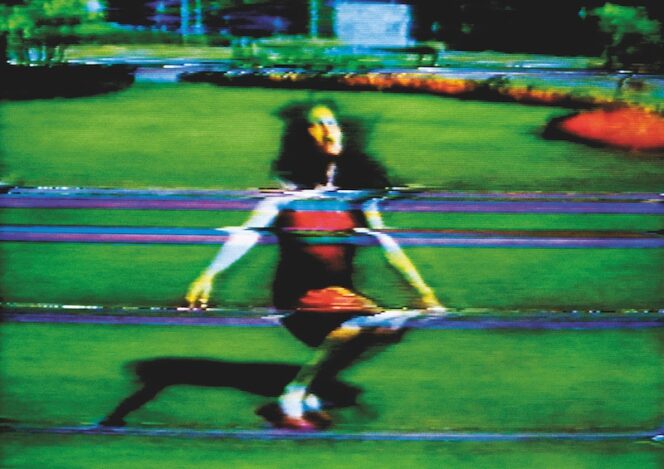 Created during the late 80s when Rist was still teaching herself to use the latest camera equipment, this film launched her career as well as her arrival on the international art scene. Inspired by the Beatles’ song Happiness Is a Warm Gun that appeared on the White Album in 1968, Rist takes the song’s opening line (“She’s not a girl who misses much”) and spins it into a frantic, unsettling chant.

Beginning in a high-pitched, childlike tone, the blurry film sees Rist dancing in front of the camera, wearing a simple dress that exposes her breasts with increasingly manic movements. At just under three minutes in length, the film was enough to convince three New York galleries to contact her, eventually leading to her signing with the then nascent gallerist duo, Hauser & Wirth, who still represent her today.

Famously plagiarised by Beyoncé for her 2016 music video for Hold Up, Ever Is Over All sent waves through the artworld when it was first released, signalling the arrival of Rist as a new flag bearer for video art.

In this short, single-take film, which is projected onto adjoining walls when installed, a woman in a flowing blue dress walks down the street wielding a flower, while the right-sided projection shows a field full of fresh blooms. With joyful abandon, the woman uses the flower as a baton to smash the car windows that line the street. A police officer stops only to salute while other bypassers simply ignore her. With its seemingly incongruous themes of destruction and serenity, sexuality and aggression, Rist creates an unsettling if somewhat hypnotising view of violence as catharsis.

Top image: Video still of “Ever Is Over All,” from 1997. Photograph © P. Rist. Courtesy the artist, Hauser & Wirth, and Luhring Augustine