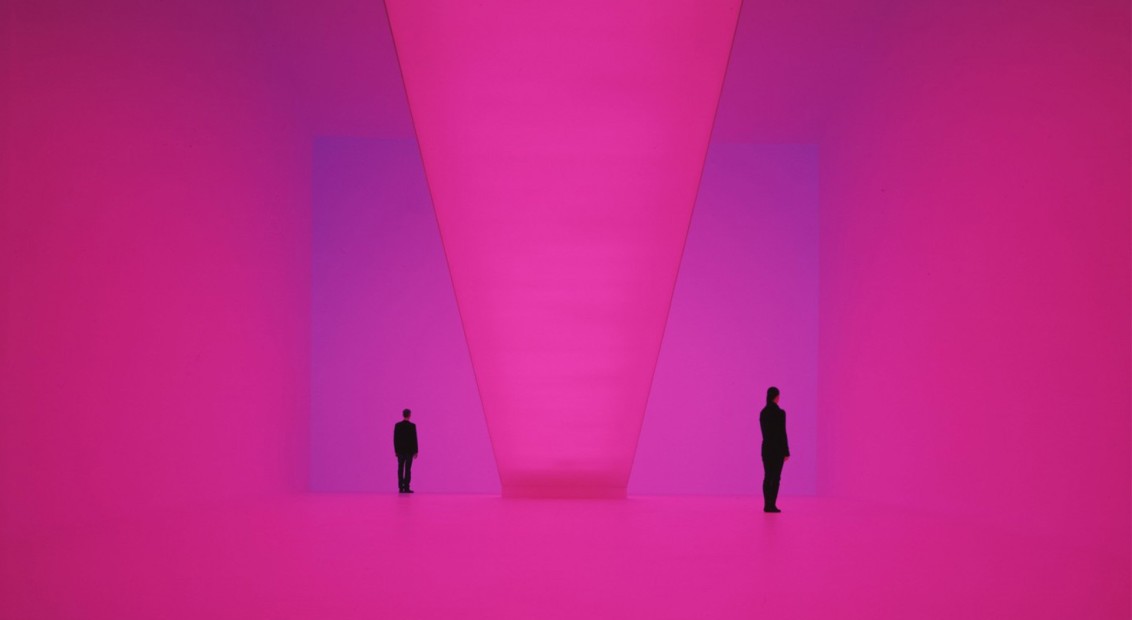 To experience a work by James Turrell is to encounter the sublime. Though he is often considered an artist who works with light, this is, as critic Calvin Tompkins writes, a misconception. “His work is not about light, or a record of light; it is light – the physical presence of light made manifest in sensory form.” Best known for his transportive Skyspaces and ethereal installations, Turrell’s globally exhibited interventions are as experiential as they are spiritual, creating transcendent moments of “wordless thought” that strike at the core of human nature.

The sky has never been the limit for James Turrell, more a canvas, a portal into our consciousness. Born in LA, where overhead conditions rarely stray from clear-blue perfection, it was Turrell’s father, an aeronautical engineer, who ensured his son obtained a pilot license as soon as he turned 16.

Thousands of feet above ground level, roaming cloudless canopies above his native state, Turrell’s fascination with light, scale and abstract forms took shape. Flying not only provided a new way of seeing, but remains a major part of Turrell’s life. Like his art, it brings solitude and perspective, reducing the world to its most essential shapes and colours.

Born into a Quaker family, Turrell abstained from fighting in Vietnam as a conscientious objector, but because of his flying abilities ended up deployed in neighbouring Laos during the early 1960s. There he flew over 100 missions, evacuating Buddhist monks out of Chinese-controlled Tibet and mapping regions of the Himalayas, all while still in his early twenties. Turrell regularly had to contend with intense meteorological conditions, moments that brought fear and awe in equal measure, opening his imagination to the possibility of exploring the sky as a celestial entity.

On returning to California, Turrell channeled his experiences into art. After completing a BA in perceptual psychology in 1965, Turrell received an MFA in art from Claremont Graduate School where he began to give physical form to those transcendental experiences of the natural world.

Turrell’s steadily emerging practice in the mid 60s coincided with the Light and Space movement, associated with an avant garde collective of aspiring artists from southern California. Alongside the likes of Mary Corse, Doug Wheeler and Robert Irwin, Turrell became an integral part of the group, exploring perceptual phenomena through light, volume and scale as part of experiential, often site-specific installations.

The group’s minimalist aesthetic and conceptual focus on the natural world owed much to the work of American painter and fellow Californian resident, John McLaughlin. The self-taught artist emerged as one of the most influential post-war American painters, whose zen-infused, hard-edge style helped pioneer abstract art. Like Turrell, who looks to global cultures to inform his artistic vocabulary, McLaughlin was fascinated by Buddhism and the Japanese notion of the void. His paintings eschewed objects in favour of the empty space around them, providing a meditative quality based on geometry and abstraction that runs throughout Turrell’s own practice. 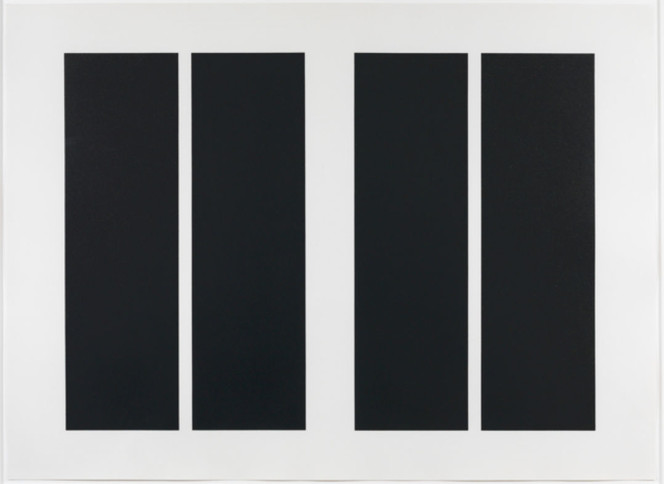 In 1967, The Pasadena Art Museum hosted a solo exhibition of Turrell’s Projection Pieces. These small-scale works used projectors to create seemingly tangible 3D shapes that appeared propped against the wall. Soon after, Turrell began his Mendota Stoppages series (1969-74), named after his Santa Monica studio at the Mendota Hotel.

Unlike the Projection Pieces, the Stoppages  used natural light, pouring in through specially designed apertures Turrell had created in an otherwise blacked-out space. The work succeeded in eliminating a sense of depth, ceilings became indistinguishable from the night sky, and by introducing adjustable lights of his own, Turrell discovered he could create the illusion of changing the sky’s colour. 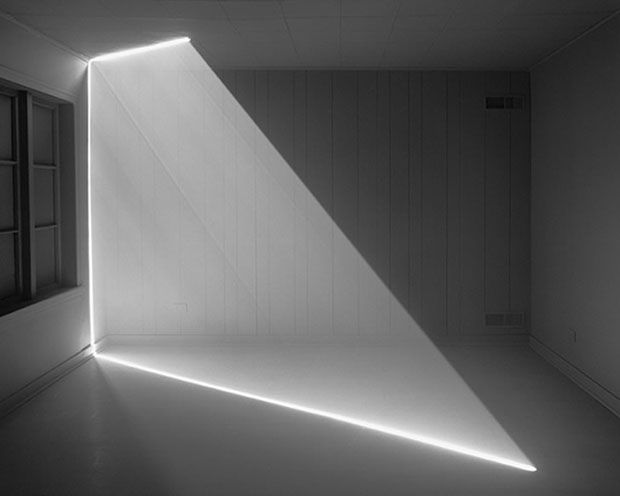 Turrell’s Mendota Stoppages were an important precursor for what would come to be known as Skyspaces, enclosed rooms with square-shaped apertures in the ceiling that frame a section of the sky. Over the next forty years, Skyspaces became an integral part of Turrell’s international signature and can be found in some of the world’s remotest areas. Like any Turrell installation, they facilitate collective experience, commonly seating between 10-15 people on benches who, for an allotted time period, meditate on the heavens above.

No two Skyspaces are the same, each is built in response to its surroundings, but a particularly striking example can be found in The Hague, Holland. Celestial Vault (1996) sits at the bottom of an artificial crater, but unlike other Skyspaces offers no internal space. Instead, the crater’s elliptical shape becomes one giant aperture (30x40m), used to frame the night sky and give it a domed optical illusion, with visitors lying on an altar-like stone bench at its centre. 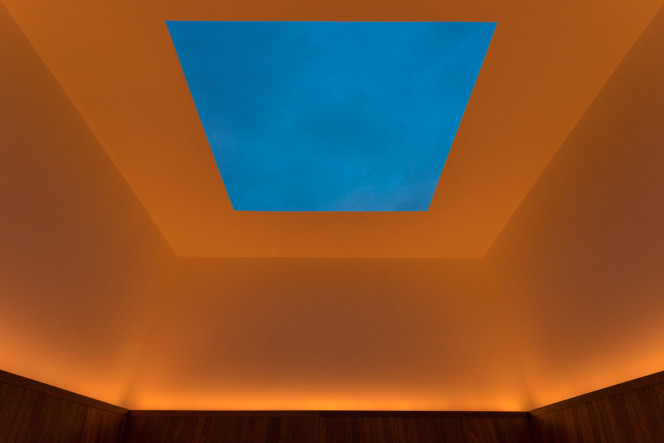 In 1977 Turrell began work on the Roden Crater, a vastly ambitious project designed to transform an extinct cinder cone volcano in the Arizona desert into a naked-eye observatory. The site, which Turrell first spotted from the air, has remained an ongoing project for the artist ever since, a kind of magnum opus with no completion date in sight.

Through a network of tunnels, chambers and apertures, painstakingly excavated from within the volcano, Roden Crater has been transformed into a near-mythical space where Turrell’s most personal works take shape. Like some ancient Mayan ritual site, the crater works to accentuate breathtaking encounters with the natural world, framing the desert sun during the day and providing celestial encounters with planets and constellations at night.

Roden Crater has never opened to the public, and only a select few have ever been granted access. The mystery no doubt adds to the sense of wonder and intrigue surrounding the project, which is now relying partially on public donations for its completion. Roden Crater represents the pinnacle of Turrell’s vision. Like in all his works, his mission is to make us aware of light’s enduring magic. 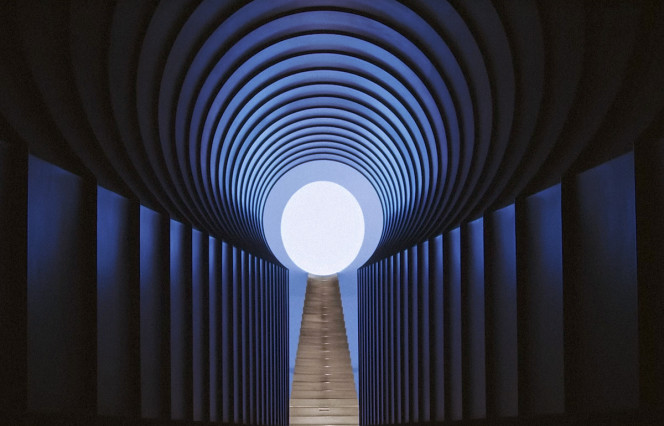