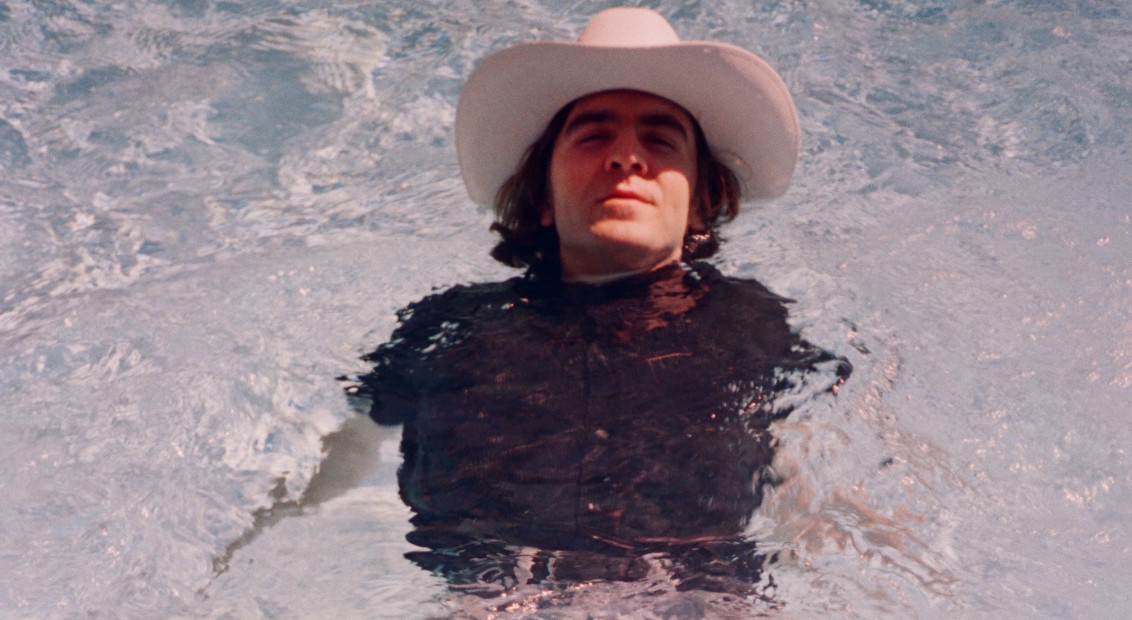 “It seems like there’s a new level of insanity every day or every week,” says US musician Max Clarke in an attempt to summarise the current Covid-19 situation, “…you can’t even get used to anything because it’s just getting crazier.” With this uncertainty as an evolving backdrop, Clarke’s latest record under his Cut Worms moniker, Nobody Lives Here Anymore, takes notes from musicians past to make sense of the present.

Following on from 2018’s Hollow Ground, the US musician’s sophomore record scratches at the surface of American culture; its throwaway consumer lifestyle, the fabric of modern living, and how we see and shape the world today.

Recorded in Memphis, Tennessee, and with references to 50s doo-wop and melodies that linger in the air of a country mile, the record harnesses the tricks of the greats to capture Clarke’s ode to the American landscape of yesterday, today, and tomorrow – tinged with chiming guitars, honkey-tonk pianos, and Telstar organs. A sonic journey as varied as America’s terrain, throughout, the work lingers on whether we have truly gained anything over time, or if it’s more a case of what’s been lost in the process.

Clementine Zawadzki: Your new record Nobody Lives Here Anymore is set to be released next month. How have you navigated this process during 2020?
Max Clarke: It’s definitely a day-to-day process. It seems like there’s a new level of insanity every day or every week, so you just have to deal with it in the best way you can. You can’t even get used to anything because it’s just getting crazier. When the full pandemic thing started, we were re-watching the show The Office for the millionth time. It’s an easy one to just check out of reality, which is what we were trying to do at the time. It’s pretty hard when there’s so much suffering going on everywhere. I’ve been working on illustrations in promotion of this record, and then my own client work that I do for a job to make money on the side, but I think it’s a lot to put on people – also people put pressure on themselves and they feel like they have to be creating.

CZ: You’re creating illustrations for each track, how is this coming along?
MC: It’s turning out to be a bit more work that I thought. I think to some degree they relate to each song, but they are not literal interpretations or anything. I’m trying to listen to the song as though I didn’t write it and then think about what it makes me think. Or I use an image that was in my mind when I was writing the song.

CZ: The album is described as a “haunted reverie of an American landscape” – did you go into the writing process with the intention of creating a concept album?
MC: Not really, I just wrote all these songs and then afterwards I kind of looked to see what the through lines were. I didn’t go into it thinking it was going to be a concept album or anything, it was just a collection of songs, and then when it was all done and I looked at it, I could see repeating themes. I’ve never been really good at even titling things or coming up with concepts. I’m more excited about just writing each individual song. Putting it together and packaging it is sometimes kind of tedious to me.

CZ: How would you describe these themes it touches on?
MC: I guess fear about what’s happening to the world, and just thinking if this is more or less what has always gone on, or if now is different. I think it’s an American record. I recently went to Europe on a couple of tours, but all I really know is America and how people act, and the big historic timeline of events that have happened here and how that informs where we’re at today. There are certainly personal things that come up, but I don’t necessarily write what I consider diary entry songs, I try to do things that aren’t such a one-to-one correlation.

The hour’s getting late; the scavengers are out… Heres the B-side artwork for the latest single—“The Golden Sky.” This track features some, I would say, quite inspired less-than-traditional pedal steel playing by @joncatfishdelorme From all of us here at Cut Worms ™ International, we certainly do hope you’ll enjoy.

CZ: Do you find yourself looking backwards or forwards more?
MC: I’m probably just as nostalgic as anyone else, but I try to remain in the present moment as much as I can. I think there are things to be learned from the past and as you get older you realise that a certain part of your life is over or you’re going into a new part of your life. You don’t necessarily realise when it’s happening, but somehow you’re doing things like making records and it’s like milestones. If you do anything creative, if you’re an artist making things, maybe you’re more conscious of that stuff.

CZ: Your music is often labeled as country, would you say this is correct?
MC: There’s certainly some country stuff in there, but I don’t know what country even is anymore. What they call country is pretty close to R&B at this point. It’s like mixed with hip-hop and dance music. But I like a lot of classic country, what I think is country, like stuff from the 50s through to the 70s, or even before that, going back to folk music.

CZ: As a songwriter, is there a musician or song you’ve always admired?
MC: I’ve always liked Lou Reed’s writing, especially the self-titled Velvet Underground album, each one of those songs feels like a revelation, whether it’s a small one or a big one. I always thought that’s what a song should be, some kind of revelation.

CZ: I actually saw on Instagram you wrote a poem or a song about Lou Reed’s passing?
MC: Yeah, I had started writing a song, like a tribute to him, but I ended up changing the name to the poem which I just kind of appropriated or converted into a song, which was Song of the Highest Tower by Arthur Rimbaud, but it had initially started off as me just thinking about when Lou Reed died.

my New single is out today. This picture comes from a dream I had a few weeks ago where in the quiet suburban housing development where I grew up, a bull was attacking a horse and trying to kill it. The horse was trying to run away but it was visibly exhausted and audibly out of breath and when the bull gored it with his horn, the horse began screaming as it was being killed and it was the saddest sound I could imagine. You can purchase the download of the song or stream it in all the familiar places. It’s called “Every Once In A While”

CZ: In terms of the music videos that have already been released, were they filmed ahead of lockdown?
MC: No, we had to work out how to do it during isolation. The video for Castle in the Clouds I just made from archival footage, so that didn’t require any going out into the world, and the Sold My Soul video, we went out on the road. I wanted to visit my family in Oklahoma as I hadn’t seen them in a long time. It was a bit strange travelling and we had to be careful along the way, but very few people were being careful in parts of the country.

CZ: Is there a track on Nobody Lives Here Anymore that best captures the essence of the album?
MC: I think actually the next single that’s going to come out, which is called Every Once in a While. I think it’s like a microcosm of the record. Both conceptually and musically, a lot of what this record is about is contained within that song.