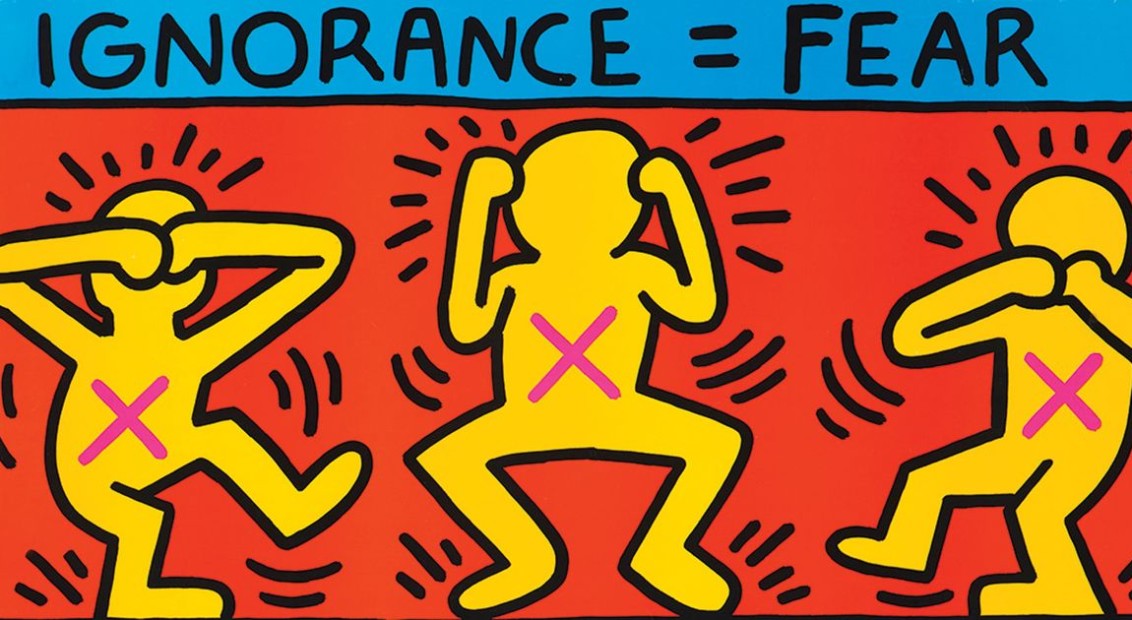 Keith Haring: street artist and AIDS activist who changed the world with a piece of chalk

As a boy, two things dominated Keith Haring’s life. The first was religion, specifically the United Church of God, which Haring and his family attended in their conservative, provincial home of Kutztown, Pennsylvania. The second was illustration, an interest inherited from his father (an amateur cartoonist), and one Haring immersed himself in at a young age, reproducing his favourite characters from Disney, Looney Tunes and Dr. Seuss.

After a degree in commercial art at Pittsburgh ended prematurely, Haring became increasingly influenced by the writings of American painter, Robert Henri. An early pioneer of American realism, Henri’s belief in the egalitarianism of art and the restrictive controls of exhibitions proved key in Haring’s decision to abandon a conventional education and pursue his craft in the public realm (the book has also been noted by David Lynch as a big influence).

A caretaker position at the Pittsburgh Center for the Arts brought him into close proximity with the work of Jackson Pollock, Mark Tobey and most importantly, the land art sculptor Christo. Like Henri, Christo appealed to Haring for his radicalism, abandoning the safety of galleries to create massive public works that encouraged investigation and interaction among ordinary people. 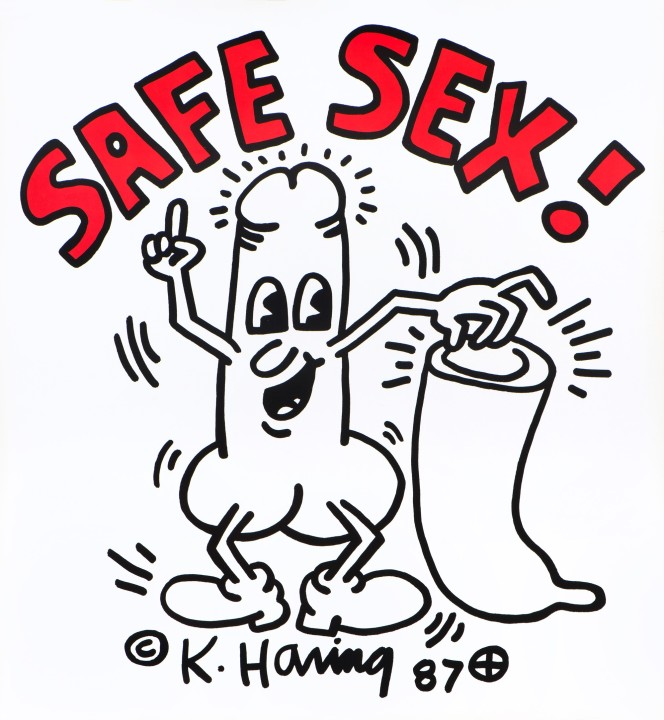 Upon moving to New York in the late 70s, Haring began experimenting with chalk graffiti on the city’s subways, producing ephemeral works that could be washed away even quicker than they appeared. Working almost exclusively in white chalk, Haring drew on black sheets of paper stuck over unused advertising space within stations, creating simple yet bold illustrations of people, dogs, flying saucers and hearts (to name a few) that were seen daily by thousands of commuters.

Haring’s notoriety escalated further after several brushes with the law. His work was considered vandalism and as such, Haring was arrested numerous times, adding to the public intrigue surrounding the mysterious (and instantly recognisable) drawings which covered the city’s subway network. The attention suited Haring, who used it to drive awareness of HIV/AIDS across America, during a time where little was known about a virus that was decimating gay communities.

By the early 80s, news of Haring’s work had crossed the Atlantic. Invitations to Kassel’s prestigious documenta festival came alongside solo shows in LA and São Paulo. The next five years saw an explosion of productivity, with Haring creating over 50 public works (many of which were hand-painted murals) while maintaining his political voice around gay issues and New York’s crippling crack epidemic. During this time, Haring’s activism expanded to include South Africa’s Apartheid. In addition to his artwork Free South Africa (showing a white stick man controlling a black stick man on a leash), Haring printed 20,000 posters in support of ending Apartheid that he distributed across New York.

1988 brought immense turbulence to Haring’s life. Not only did his close friend Jean-Michel Basquiat die of a drug overdose, he was diagnosed as HIV positive. With immense courage, Haring became emboldened by these events, and instead of retreating inside his shell, he exploded out of it, launching an AIDS awareness campaign that built upon the work he had already done.

To break through what he perceived as a reluctance among the general public to engage with HIV and its prevention (encapsulated by his 1989 painting Ignorance=Fear. Silence=Death), Haring’s campaign broke with taboo and opted to shock, using explicit sexual iconography to generate a more open conversation on the virus (see above). “I think one of the hardest things AIDS has done is to kids growing up now, trying to figure out their sexuality in an unbiased way,” he said at the time. “There are so few people who are good openly gay role models or just good people who are respected who are open about their sexuality. Now there has to be openness about all these issues. Kids are going to have sex, so help them have safe sex.”

In addition to his friendship with Warhol, Haring collaborated with various stars of the days, including Grace Jones (introduced to him by Warhol) who he covered in his signature graffiti for her live performances. Other notable collaborations included Vivienne Westwood for her FW84 Witches collection and Madonna, who performed Like A Virgin on Top of the Pops dressed in clothes covered by Haring’s art.

When it first opened in Soho, Haring’s Pop Shop was derided among critics as a flagrant betrayal of artistic integrity, with many suggesting Haring had seen dollar signs and sold out. The shop, which sold t-shirts, posters, postcards and other Haring merch, drew stinging criticism from the New York Times, who wrote at the time, “Haring used to offer his art free on subway walls. Now he sells it for five-figure sums. Mr. Haring also used to give away his pins, jigsaw puzzles and comic books, which are now for sale at the shop.”

For Haring though, the shop was merely an extension of the work he’d made throughout the city’s subway network, one which continued to break the barrier between high and low art. The shop’s opening marked Haring’s entry into the mainstream and an important continuation of his belief that art should exist within the public realm. “I wanted to continue this same sort of communication as with the subway drawings,” he said in response to the criticism he received at the time. “I wanted to attract the same wide range of people, and I wanted it to be a place where, yes, not only collectors could come, but also kids from the Bronx.”