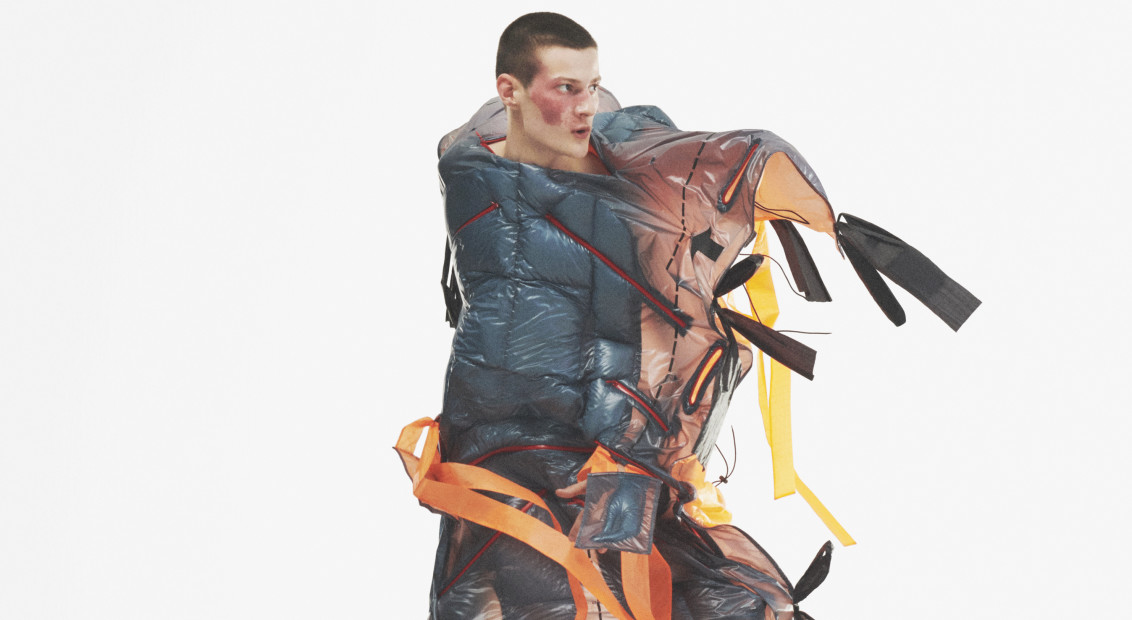 As a designer who consistently counts utility and practical function as key interests, Craig Green is true to form with his latest collection for Moncler Genius, one made entirely from rip-stop nylon with a thematic focus on protection, security and transparency. 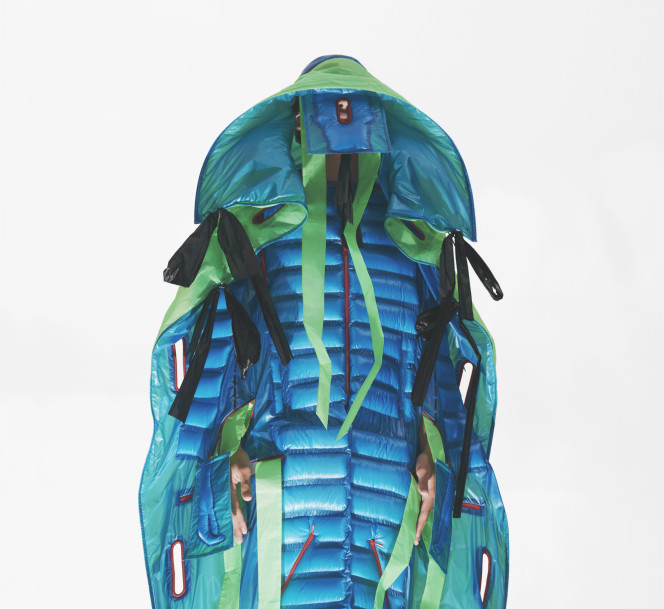 Riffing on Moncler’s USP of generously-downed, alpine ski-wear, Green has succeeded in producing a collection that merges the robust protection of those jackets with a fragile sense of elegance. This carefully balanced dichotomy informs the entire collection and is nowhere better embodied than a vibrantly coloured series of full-body transparent looks, which envelop the wearer in a protective cocoon that feels avalanche-ready (do not try). Injected with a down filling that would usually be invisible, here it doubles as a pattern, further blurring the distinction between form and function.

The rip-top nylon from which it’s made also presents a peculiar contradiction. Despite its weightless appearance, the fabric was originally designed for parachutes during the Second World War and, as its name suggests, is incredibly resilient to tearing. This contradiction, explains Green, is central to his thinking this season.

“I always think that Moncler is about lightness and protection, and my focus this season was how we could create the lightest outerwear possible,” Green tells us. “Throughout the collection, we explored using new technical construction and materials, such as micro ripstop nylon, that give the illusion of being fragile and delicate but also provide a high level of protection.”

“This type of nylon also means the outer layer of the jacket is almost transparent, and so when the down filling was injected into the jacket we were able to create a kind of 3D print or pattern effect using the feather down filling. In the past we’ve put different volumes onto the body but this time was also about how the body could create volumes, and the contrasts between 2D vs 3D.” 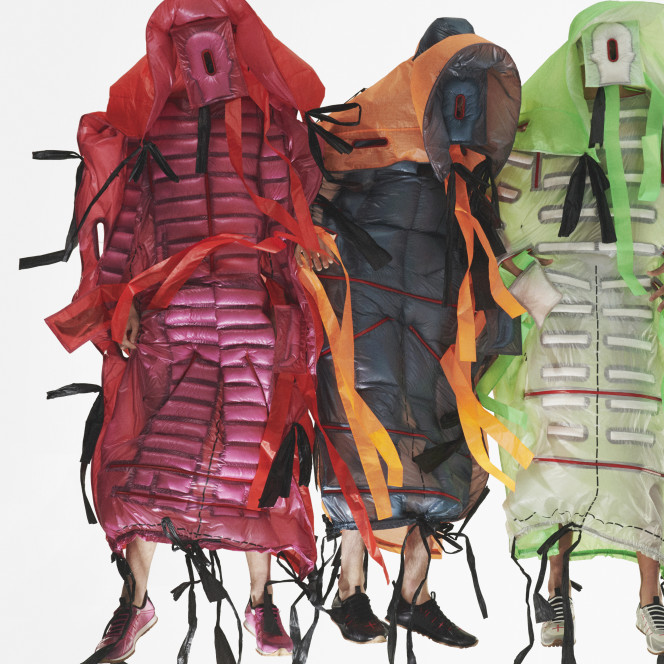 Elsewhere, a series of black and white looks extend the idea of protection into something that borders on martial. These imposing, Shogun-style silhouettes are awoken when inhabited by the wearer, with symmetrical, quilted patterns that would look as terrifying on the battlefield as they would on the slopes.

So, after five seasons of designing for Moncler, how does it compare with designing for his own brand? “Although there are very different outcomes between what I create with Moncler and what I create for my own collections there are similar starting points for both, exploring protection, functionality, form and the tension between these aspects,” explains Green. “These references act as starting points that are then pushed, reconstructed and developed alongside the other ideas and concepts that are specific to each collection.”