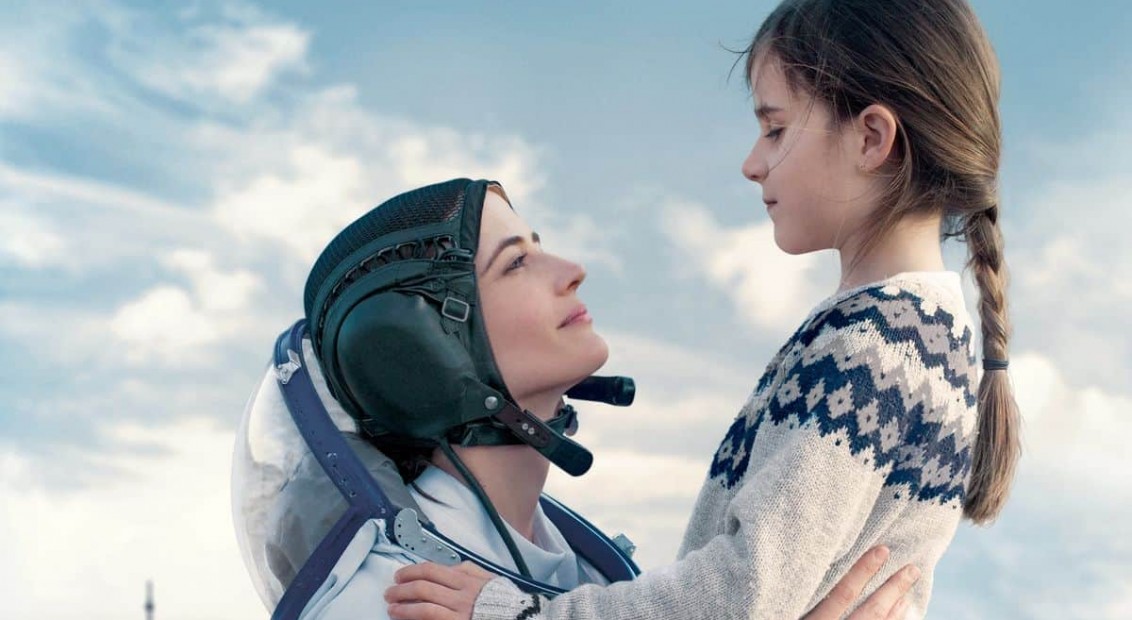 “The idea was not to make a film about space,” director Alice Winocour on sending Eva Green to Mars

Despite basing her most recent film on one woman’s aspiration of leaving Earth, French director Alice Winocour is adamant that she never intended Proxima to be about space. “It’s more like an earth movie,” she says, “it’s about our attachments to the earth and also our attachments to each other.”

Proxima follows the conflicted journey of French astronaut Sarah (Eva Green), as she balances single motherhood with vigorous training at Cologne’s European Astronaut Center for a one-year voyage to Mars. As Winocour points out however, this isn’t a space film in the conventional sense, so curb any expectations of zero gravity or black holes. Proxima eschews the familiar vacuumed tension of recent space flicks like Gravity, Interstellar or Ad Astra in favour of a more firmly grounded, emotional study on the imminent separation of mother and daughter and the incongruous expectations of women.

Taking place entirely on terra firma, the film honours the lesser-known sacrifices made by astronauts, the difficulties of leaving earth that have nothing to do with jet propulsion or thrust. Motherhood is at the center, deftly interwoven by Winocour as a parallel analogy to space travel, with its equally extreme physical demands on the body and all-consuming venture into the unknown. Both are undertaken in the name of human longevity with no small degree of personal sacrifice.

As the only woman on the training program, Sarah is routinely underestimated by her male counterparts, leading her to push beyond safety and comfort to counter the bristling machismo and belittling smirks. She is simultaneously considered not man enough to be trusted in space by her square-jawed co-pilot Mike (Matt Dillon), yet deemed not woman enough to fulfill her responsibilities as a mother by ex-husband Thomas (Lars Eidinger). Both men impose their warped ideals of femininity onto Sarah and both appear genuinely surprised by the icy looks that meet them.

Having spent two years embedded within the world of astronauts, initially at the European Astronaut Center and then at Russia’s fabled Star City, Winocour’s countless hours of conversation and observation made up the backbone of an ethnographic study into the lives of astronauts that drove the film’s message. The result is a beautifully crafted narrative that departs from the genre’s typically male tropes of frontiers and conquest to tell a story not about where we are going or any far flung destination, but about what we leave behind.

Finn Blythe: Tell me about your interest in space. Did you ever feel as though it wasn’t an area for women?
Alice Winocour: No, I don’t think so. I think it’s really a job for men and women, it’s just that what I show in this film is how hard it is for women to do this job. They have to do the same tests as men and a little more to justify their presence and work. What was interesting for me was the metaphor of it, that of course the story is taking place in this world but all the talk is about other worlds. I think something that is also very hard for women is adapting to a world that has been built by men for men. For example, the spacesuits, they had been designed for men that are stronger around their shoulders, but women are stronger around the hip, yet they still have to train with the same suit. For me, it was a good metaphor for the effort women have to make.

FB: Have you been interested in space since you were young?
AW: I don’t really know. I was attracted by this world, I don’t know why, but I knew I wanted to make a movie in it. Making the movie, I discovered what it was about, and I think the more intimate the story is, the more it has to be far away from me in a distant and unknown world. So because I wanted to talk about mother and daughter relationships, which is something I know very well because I have a daughter who is ten, the same as the little girl in the movie, it had to be set in a very different world.

FB: I know you spent a lot of time at the European Astronaut Center in Cologne preparing for this film. What did you learn?
AW: It was great. At first it was a bit hard because they thought I was a journalist and didn’t really understand my interest in their world. They thought I was going to leave, but I spent two years travelling to Cologne and also to the Russian Space Agency, to Star City, one and a half hours from Moscow in the middle of the forest, where I got to see an operational rocket. I became friends with astronauts, trainers and I asked the European Space Agency to be partners in the film, to collaborate, because I needed authorisation for stuff and I told them there are so many movies about NASA and now for everyone, space is American, so we need a European movie.

“…there are so many movies about NASA and now for everyone, space is American, so we need a European movie.” 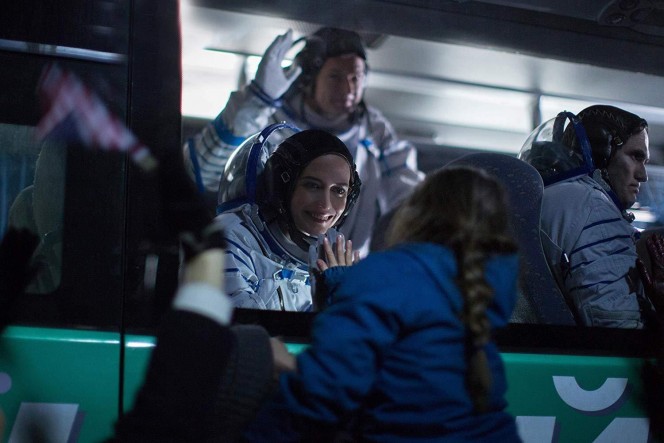 FB: Was that a conscious decision to make a film about space that differed from anything we’d seen before?
AW: No, it’s just that when I went to Cologne the experience was amazing. Seeing all the training and the setting and how hard it was to leave the Earth. I met astronauts, trainers and I thought, “Oh that’s something I’ve never seen in film.” The idea was not to make a film about space, it’s more like an earth movie, it’s about our attachments to the earth and to each other. Going into space is a little like dying, what do you leave behind and what is important in life? What do you transmit to your daughter? This idea that you have to become this perfect mother or that what is important in life is your dreams or what you are made for. Proxima was really about all of these questions.

FB: What were some of the most memorable things you took away from the conversations you had with the astronauts, particularly the women?
AW: For me, the most important thing was the fragility of being an astronaut. Because the paradox for astronauts is they are these super-humans who experience how fragile the human body is. We have been designed for this planet, not elsewhere, but because of the state of the planet now, we dream of leaving it.

“Going into space is a little like dying, what do you leave behind and what is important in life?” 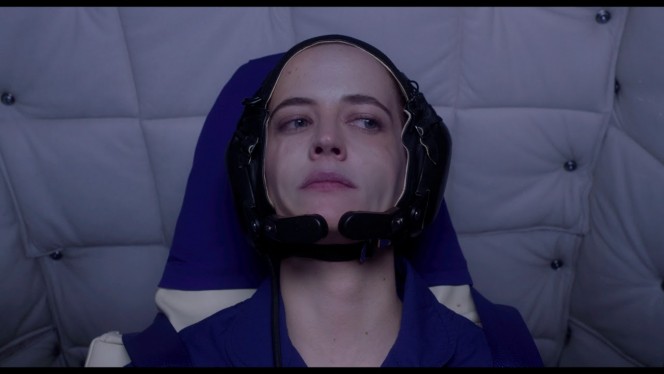 FB: Apart from the physical challenges of going into space, what did they tell you about the emotional stress they undergo.
AW: You know astronauts are like soldiers in a way, they are trained to not complain. ‘Failure is not an option’ as NASA says. They are not the type of people who talk about their emotions but still, I saw it. I saw them working and I saw how hard it was. I spoke to all the women we see at the very end of the movie – they are real photographs women astronauts showed me. One of them is from Julie Payette, now the Governor General of Canada, and the film is a bit like her story.

She told me about her life and it was very similar [to Sarah’s] – she was separated from her husband and her children and had so many missions. She also had to remain silent about the difficulties because you’re not meant to complain, and as a woman, you have learned to remain silent on those questions because you know that in that kind of world, but in work in general, talking about your children is considered a weakness.

FB: Was that reluctance to talk in itself informative for you?
AW: I think it was important with the film to break that silence. Also in film, you don’t really see super-heroines that are also mothers. For scriptwriters, I think it’s difficult to give them missions and children, too, but in real life women have missions and children, they have to deal with it but they never complain. 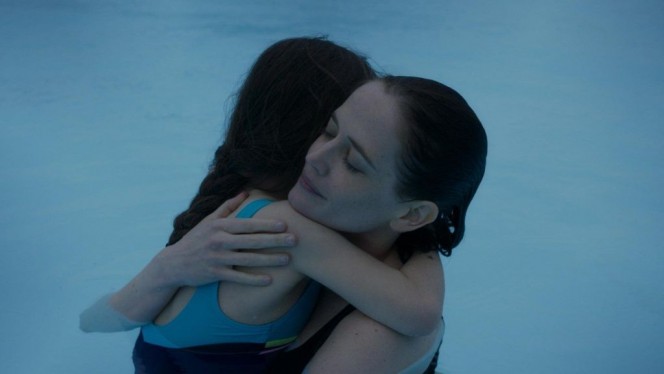 “I think the idea is to put light on things and stories that haven’t been told already and I think this story hasn’t been told.”

FB: Throughout the film, you reference the fact that Sarah finds herself in a world dominated by men with varying degrees of subtlety. There’s a moment where she’s being asked about whether she’d like to continue her period in space and then she’s told that the tampons will count as part of her baggage quota which was a great bit of the script that says so much about that world. It’s like what you were saying about the suits and the fact the biology of women is ignored.
AW: Yeah but again it’s not only in the world of space exploration. I think the whole thing about periods – that you don’t talk about it, also in movies and I think it’s time for movies to talk about these questions. Being a woman means I know what it is, it’s part of the life of women that we never talk about it because it’s ‘shameful’, we learned it’s shameful. I think the idea is to put light on things and stories that haven’t been told already and I think this story hasn’t been told.

Proxima is in cinemas July 31.