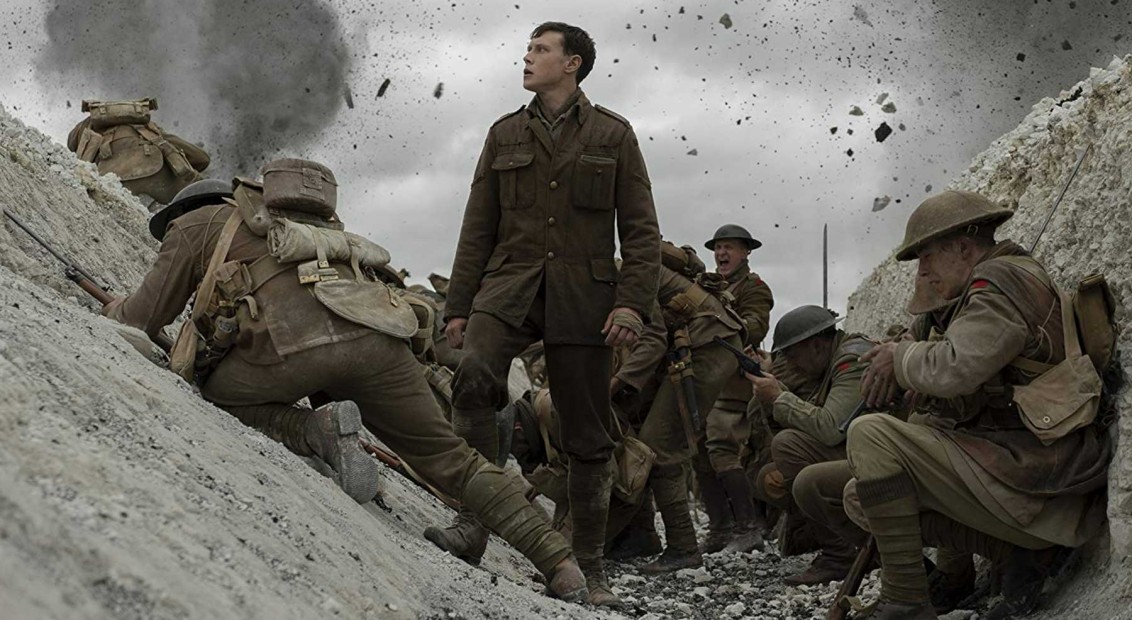 Set in northern France at the height of the First World War, Sam Mendes’ new film 1917 is a story of bravery in the face of depravity, as two Lance Corporals are forced to take an impossible journey across blasted hellscapes to saves the lives of thousands.

Ahead of its release early next year the film has already garnered widespread praise, not least for its hugely ambitious single-take tracking shot that follows Blake (Dean-Charles Chapman) and Schofield (George MacKay) through the nightmarish, alien world of shell holes and barbed wire they must overcome to complete their mission. After receiving orders from a gruff, unnamed general (played by Colin Firth), the pair learn of aerial photographs showing the German position which, instead of fully retreating as was previously believed, has instead pulled pack to heavily fortified positions, inviting the British forces to their destruction.

The 2nd Battalion of the Devonshire Regiment – 1,600 men, including Blake’s brother – await the signal to advance on the German line, totally oblivious to their imminent demise and the hopeless nature of their cause. With only hours to spare, Blake and Schofield must deliver the message to the regiment’s commanding offers, crossing miles of German territory and perilous countryside to the drone of Thomas Newman’s apocalyptic score and Roger Deakins’ superb cinematography. 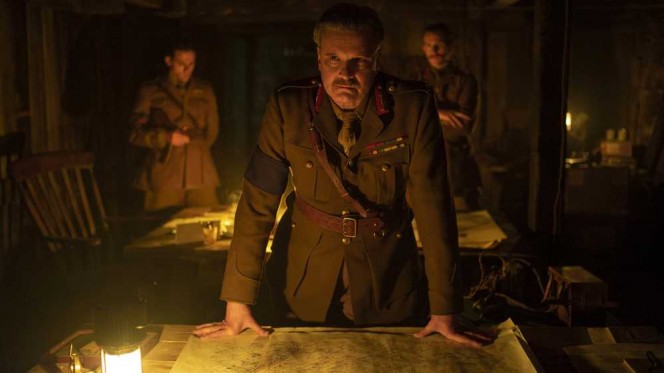 Though the film’s events are largely based on fiction, at its heart 1917 is a homage to Mendes’ grandfather. A revered British novelist, Alfred Mendes served in the 1st Rifle Brigade and fought in Flanders for two years, as well as the Belgian Front, before being awarded the Military Medal for an act of bravery during the Battle of Poelcappelle in 1917. “I had a story that was a fragment told me by my grandfather, who fought in the First World War,” Mendes told Variety earlier this year. “It’s the story of a messenger who has a message to carry. And that’s all I can say. It lodged with me as a child, this story or this fragment, and obviously I’ve enlarged it and changed it significantly. But it has that at its core.”

Like the events depicted in the film, the failed advances of the Poelcappelle campaign were underpinned by misleading information and faltering communication lines. During the First Battle of Passchendaele, this culminated in Field Marshals Herbert Plumer and Douglas Haig commanding an advance while under the false impression that significant ground had already been made on the Passchendaele ridge by an earlier British assault. In reality any territory made had been swiftly nullified by German counter-attacks while horrific weather rendered any subsequent attack impossible.

Heavily fatigued and with virtually no artillery support due to ceaseless rain that turned the ground into a gluey mud, smothering shells as they landed, the repelled British force sat in No Man’s Land, awaiting the German response. With virtually all line’s of communicate cut, messages had to be run by hand, through a labyrinth of death and little hope of return.

Below, Alfred Mendes recalls the moment, following the failed British advance, that his Captain asked for a volunteer to deliver a message warning of what was believed to be an imminent German counterattack.

“At 9.30 a.m. the message from Battalion Advanced Report Centre reached Captain Craigmile. It read: ‘Should the enemy counter-attack, go forward to meet him with fixed bayonets. Report on four companies urgently needed.’ After reading it to us, he called for a volunteer, saying: ‘The report Ferdon House needs is a dangerous assignment, let that be clear. There may be no return.’ I had done a signalling course and although it bore little relationship to the job at hand, I felt myself under an obligation to the battalion. I volunteered.

“I had done a signalling course and although it bore little relationship to the job at hand, I felt myself under an obligation to the battalion. I volunteered.”

Captain Craigmile looked at me. He knew that I had already received a card from the Major-General commanding the Fourth Division congratulating me on what he termed my “gallant conduct on the field”. This, I think, is what persuaded the Captain to accept my offer.

When I started off on my journey, the drizzle had propitiously ceased, the mist had lifted and the cloud mass was breaking up. In a way these changes in the elements were in my favour, and in another way not so at all, for they gave the snipers and the nests of machine-gunners better visibility. Moreover, movement on the ground on which the drizzle had ceased to fall thickened the mud and made the going more laborious. Most upsetting of all was the question that kept nagging at me: how could I know where Companies A, B and D were located? And even if I did know, who or what was to guide me to them in this welter of unidentifiable shell holes?

In the event, I found all three companies, and in spite of the snipers, the machine-gunners, and the shells, arrived back at C Company’s shell hole without a scratch, but certainly with a series of hair-raising experiences that would keep my grand and great-grandchildren enthralled for nights on end.”

Excerpt taken from The Autobiography of Alfred H. Mendes 1897-1991, University of the West Indies Press, 2002.