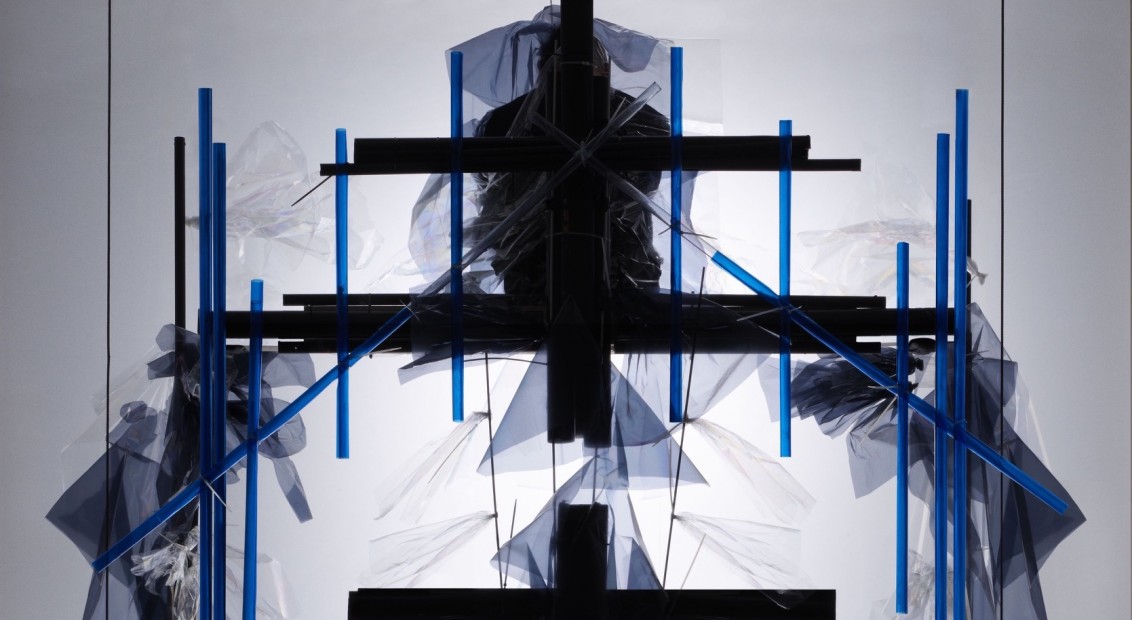 “I was thinking about a man made of glass, and how emotion doesn’t always mean weakness – it can also mean strength,” said Craig Green immediately after his FW19 show deep in the bowels of the old Billingsgate Fish Market. Translating this mindset to his accompanying campaign imagery (photographed by frequent collaborator Dan Tobin Smith), the London-based designer has created a series of large-scale structures that capture a “series of solitary figures lying afloat in fragile encasements.”

Rendered from steel and pine suspensions, the assemblies are left deliberately incomplete as a materialised vision of memories and future imaginings, while second versions of each image are projected through polarised light to create a dramatic alternative. Mirroring a collection formed around the idea of Green’s nomadic men disbanding in search of their own individual paths, these constructions echo the ambiguous and transient paths we all travel. 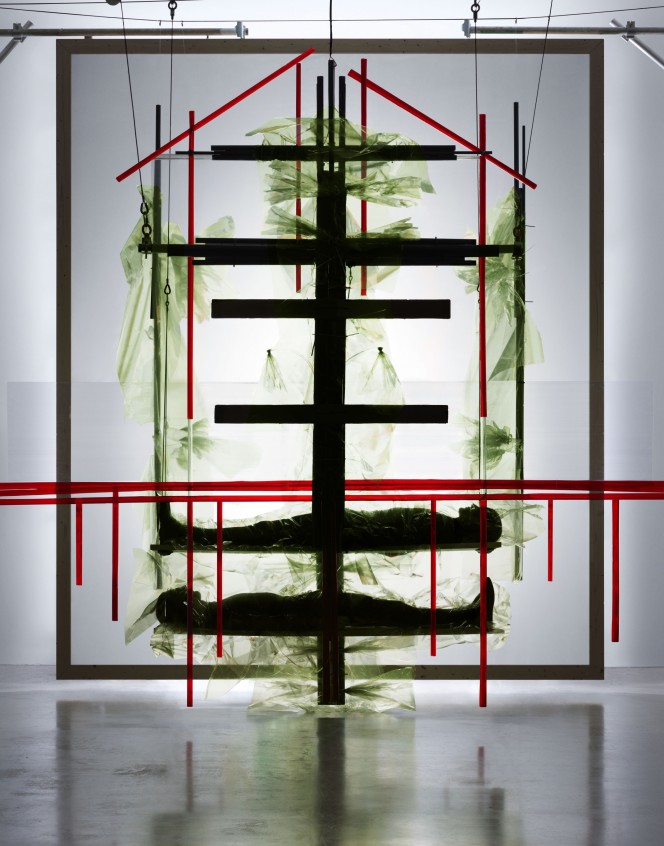 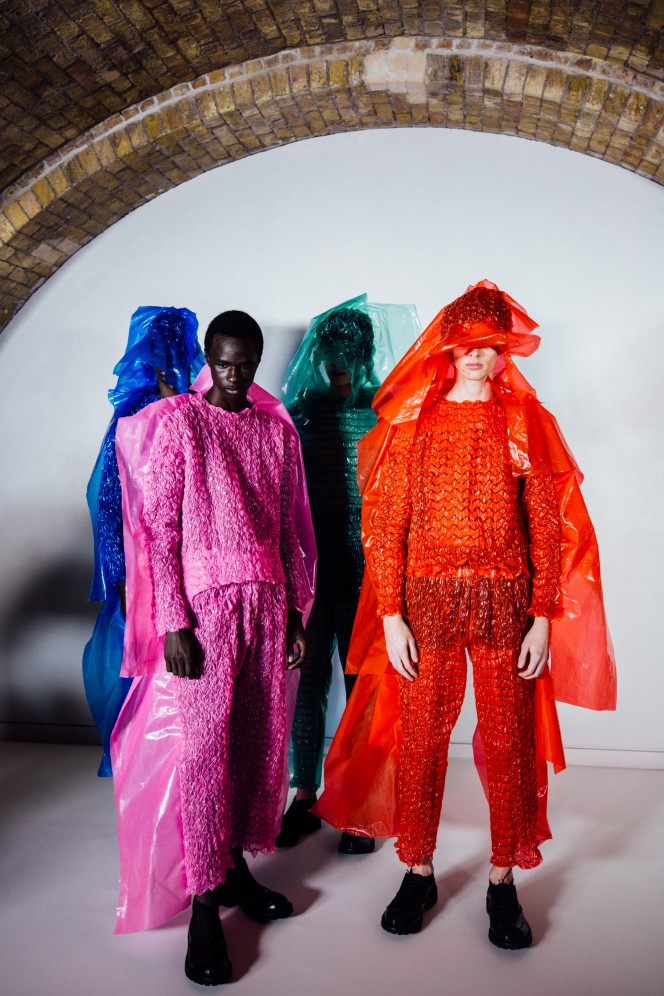