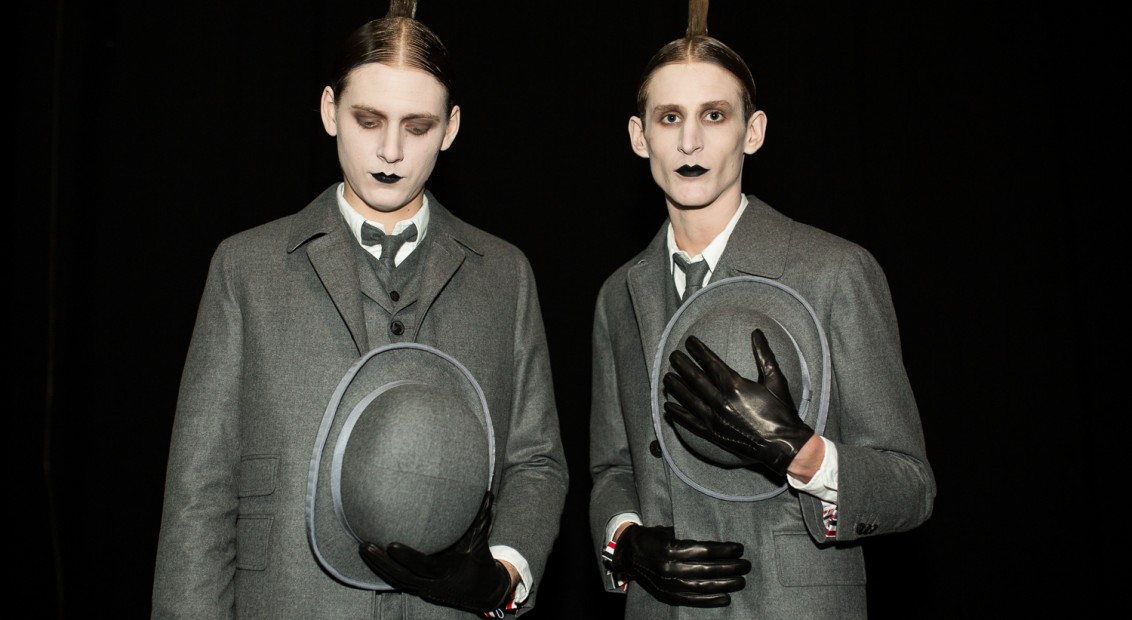 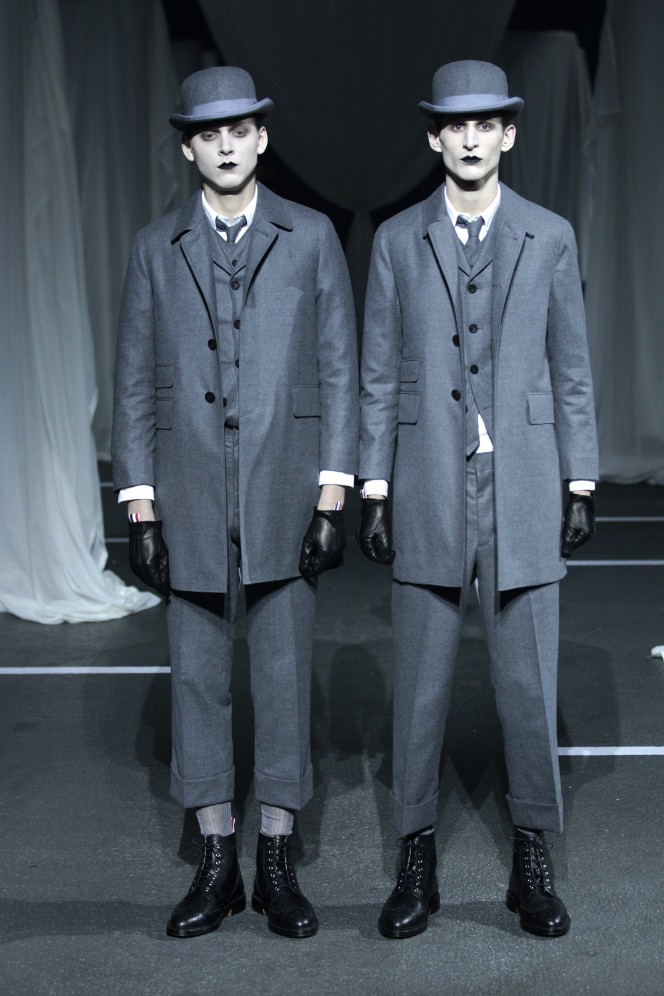 Bowler hats were pulled over models’ faces. Hauntingly, and intelligently, viewers were even more compelled to ingest Thom Browne’s designs and idiosyncrasies he’s known so well for. What springs to mind: Rene Magritte’s The Son of Man. Surrealism’s – arguably – most eminent work of the era, the self-portrait wears a bowler hat with an apple covering (mostly) his face – Browne’s boys just had the bowler, instead. Religious iconography has been associated with its composition, but Magritte has admitted to a deeper meaning rooted in behavioural psychology.

What’s interesting about that quote is its congruence with Browne’s execution and how visibly conflict is personified in his garments. Like a Tim Burton vision, tweeds frayed, colours bleached,socks moth-eaten (similar to Simons’ aesthetic a couple of days ago), and black paint (it seemed) was dripped on long coats and sleeves.  Old, aged, dishevelled – clothes were attune with the look of Dickens’ Miss Havisham. Towards the end models covered in a faded-black suit and coat wearing a black bowtie, appeared like pallbearers, adding further to the mind-bending and evocative world of Browne. 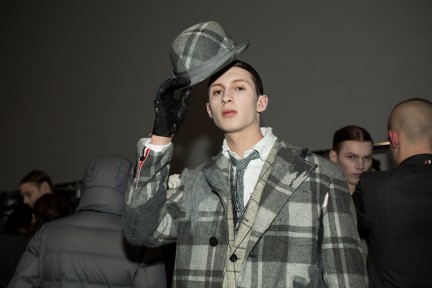