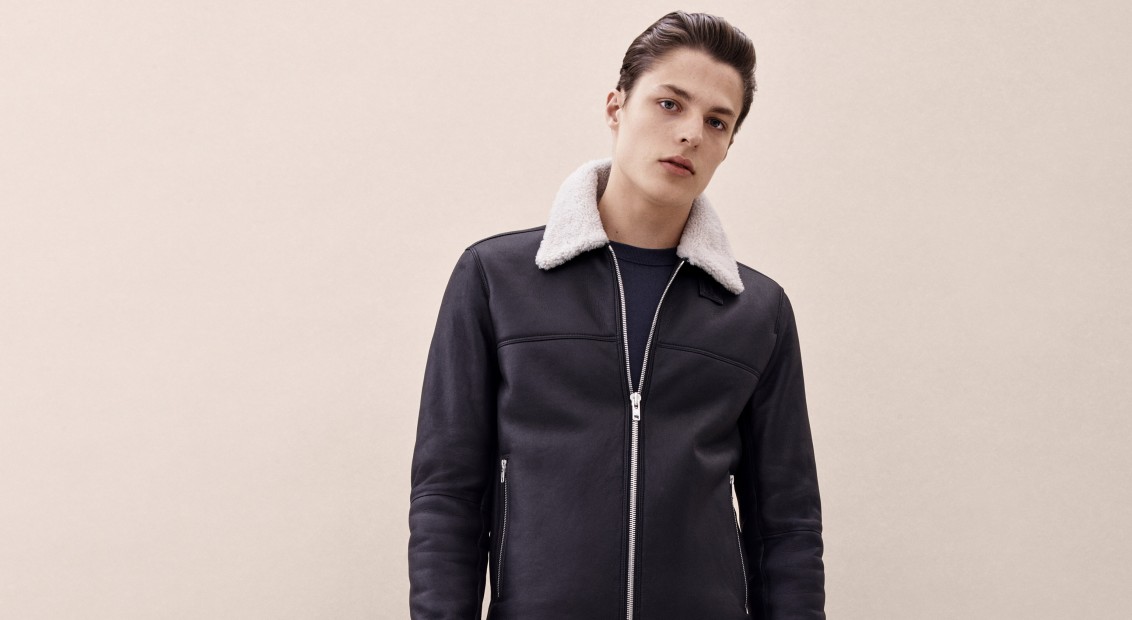 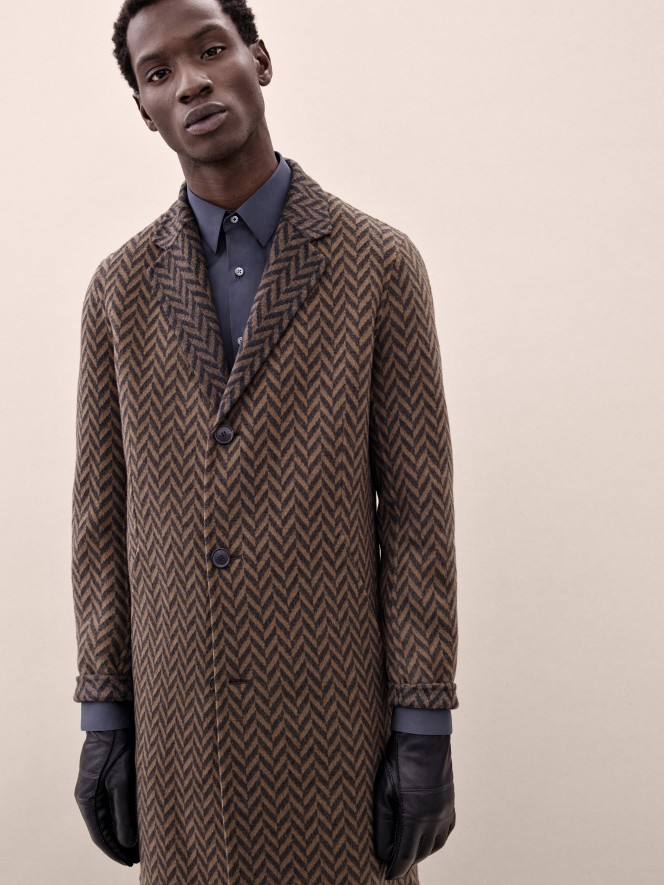 Indistinguishable gender was core to Theory’s aesthetic last season during NYFWM’s debut – as was minimalism. But androgyny was absent this season, while streamlined silhouettes and details continued to remain core to the brand’s approach.

Significantly – and this is key for any designer playing the game of minimalism – details were conscientiously controlled, manipulated and moulded into an oxymoronic impactful-yet-subtle execution.

A great example: one bomber’s raglan sleeves’ front seams were geometrically cut. Traditionally sleeve seams are curved and follow the natural line of the arm. Pointing outwards from the neckline was a seam that was interjected by an almost perpendicular line from the underarm – topstitching gave it a clean finish. Being loud and proud through design isn’t always a win, balance is key. Unconventional but intelligible cuts like this is true minimalism. Further to that, Theory’s consistency with balance between casual and formal tropes enable their customer to be versatile from work and super-chilled environments.

Extending these crisp details further lies within Theory’s choice of fabric: double-faced cashmere to Swiss-engineered nylon twill. Avoiding typical cottons and woollens is hard when it’s so affordable and accessible. But Theory grasps the importance of good, well-conceived construction.