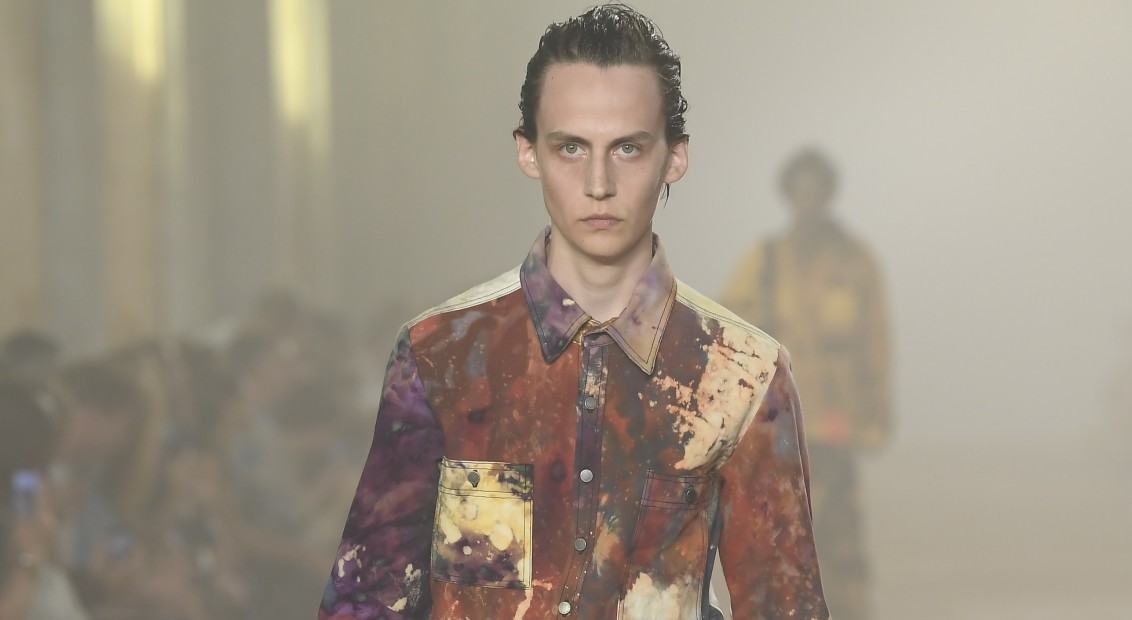 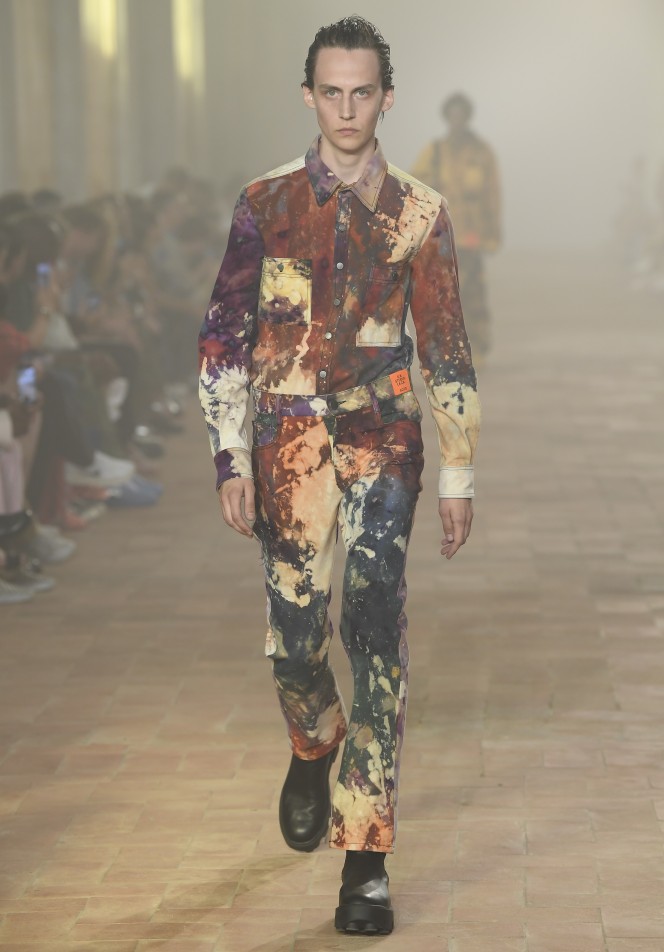 Sculptor, painter, collagist, ceramicist, fashion designer – is there anything Sterling Ruby can’t do? Born in Germany but raised in Pennsylvania, US, the world-renowned artist has been crafting expressive pieces since childhood.

Although his special guest appearance at Pitti was his first ever fashion show, Ruby is no stranger to the industry. Having joined forces with Raf Simons in the past on a denim range and redesigning the Calvin Klein flagship store in New York (to name a few of the pair’s joint ventures), this was the type of collection that could only be executed by a man with Ruby’s repertoire.

In essence, the debut S.R. STUDIO. LA. CA show was a thrilling amalgamation of Ruby’s disparate ventures and life experiences. His fascination with Amish traditions materialised as tie-neck, balloon-sleeved dresses in heritage checks. Elsewhere, his teen years spent watching punk bands in neighbouring Washington DC were immortalised in the form of tie-dye slip dresses layered over wide-leg trousers. The instantly recognisable tropes of Ruby’s artwork were all there – from the collaged graphic-print ponchos to the shirt-dungarees combo splattered with bleeding dye. If his first show is anything to go by, Ruby’s vision knows no bounds.