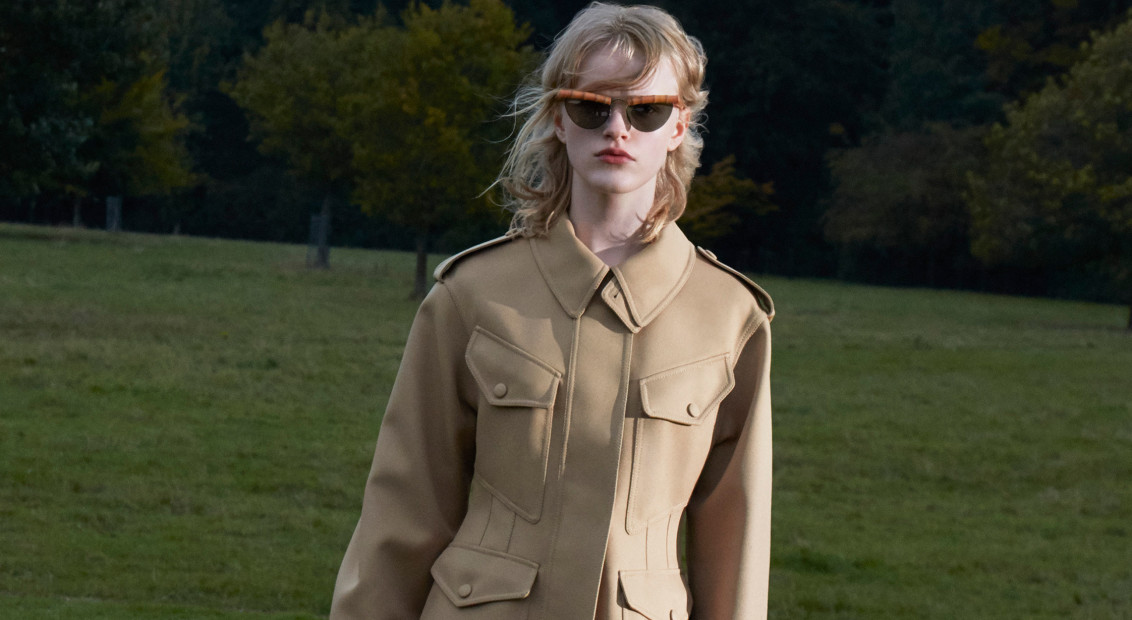 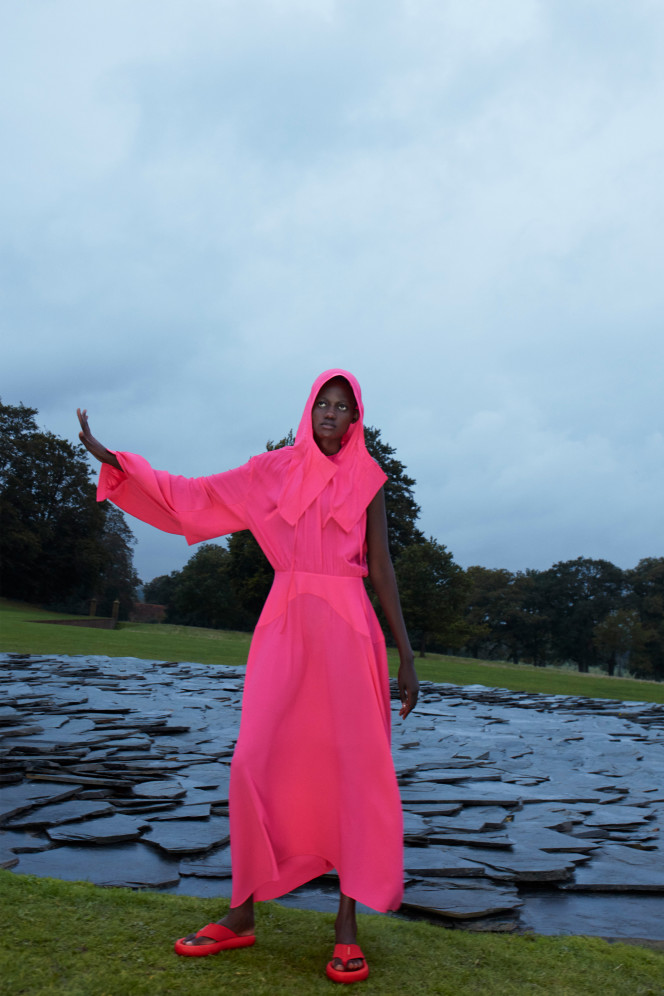 As her eponymous label approaches its 20th anniversary next year, Stella McCartney used her SS21 showing to simultaneously launch her newly created A-Z manifesto. Conceived during lockdown, McCartney worked with 26 artists, including Jeff Koons, Sam Taylor-Johnson William Eggleston and Cindy Sherman, to interpret each letter – A for Accountable, R for Repurpose, Z for Zero Waste, etc – created to provide clarity on what the Stella McCartney brand is and what it stands for.

Adhering to the manifesto, the collection itself saw McCartney take inspiration from nature and the desire for freedom, movement and the outdoors – a clear response to the ongoing quarantine. Due to the Covid-19 restrictions, the brand opted to present this season as a fashion film, directed by photographers Mert and Marcus. Filmed at Houghton Hall, a stately home in Norfolk, it captures models strolling through its vast grounds among greenery and art installations by the likes of Richard Long and Philip King. (FYI, N is for nature in the McCartney A-Z.)

Cast in a playful palette, McCartney blended sartorial aspects of everyday life, mixing sports and leisure with her signature relaxed elegance. Cycling shorts and motocross-inspired trousers spoke of athletic activities whilst ribbed knitted vests were perfect for after the final whistle, while bodycon dresses were crafted in repurposed lace alongside khaki safari jackets and tailored tracksuits. Elsewhere, traditional feminine codes were reimagined in tune with the women of today as corset silhouettes were collapsed and reimagined in relaxed form, and underneath, models wore Stellawear – a fusion of lingerie and swimwear made from sustainable Aquafil Econyl® regenerated nylon, perfect for spontaneous swims.

Several looks leaned towards a nautical mindset like a short navy dress adorned with oversized shell prints and a matching vegan leather clam-shaped bag in soft coral, while McCartney’s signature jumpsuits were reimagined with a dip dye version and another with BMX inspired geometric panelling. 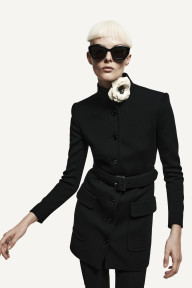 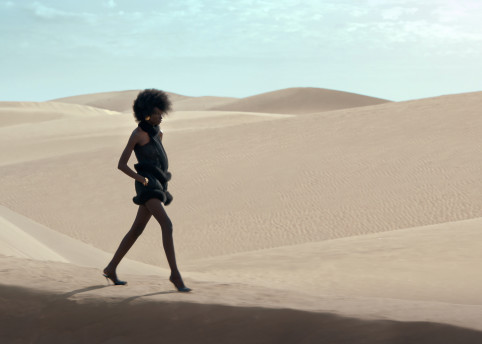